Why did Alan Moore cross the road?  To kiss a snake.  You know, because he worships Glycon, a Snake Goddess.  Was that joke funny?  Was it better when I had to explain it?  It wasn't, right?  That's what watching today's Review is like.  Gdgd Men's Party is an Anime Series that attempts to be a short-form Comedy that is a mix of Fantasy and Improv Comedy.  It is a Series of 8-minute Episodes that will, theoretically, tell a whole Story.  Just so you know, I watched 10 of the 12 Episodes available so far (it is ongoing) and, yeah, they don't finish crap!  It is a silly and stupid mess.  On the plus side, it is not an outlier- there are many more versions of this.  Wait- why is that a good thing?  To find out why Bob gave this to me (and to see why he'll get his in July), read on... 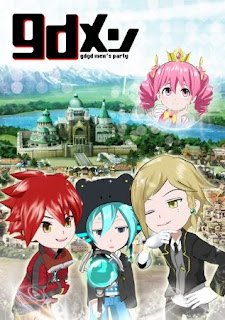 In the opening minutes, we are TOLD what happens- as what all the good Writers do- and it is pretty generic.

Middle School Kid is sucked into an RPG to save a Princess and just drags along a younger Kid. 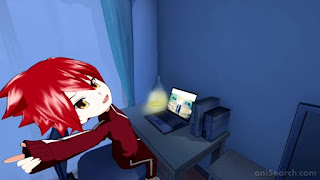 They are joined by a Robot- owned by the 'Princess'- who will guide them on their journey to save her from a vague Demon-thing in a Castle. 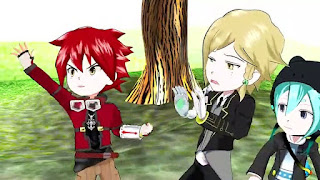 Speaking of the Princess, we get about a minute of her being weird alone in her Cell every Episode. 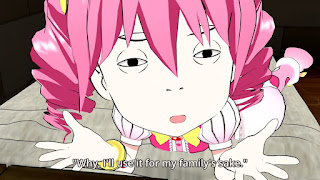 And now, my friends, the Achilles heel of this admittedly-not-great Show: the Improvised Comedy bits.

This is apparently something that Shows do- play something weird for the Voice Actors and record them making jokes/comments in-character.  As a tool to get Actors deeper into their Characters, it's good.

The problem: they are not funny and most of their jokes 'require' them to explain that they are talking about some Japanese Show or game or, I kid you not, Radio Calisthenics Programs. 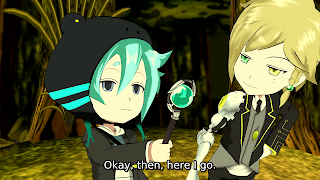 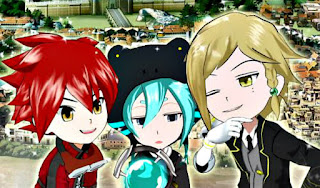 It's not good.  If you didn't get my feelings on it yet, I'd be amazed!  Maybe this would be funnier if I knew every random Show in Japan.  I feel like this is maybe the best defense for the Show, but I'm being generous.  End of generosity.  Maybe this would be more interesting if they had a complete and more focused narrative.  As it stands, they barely move the so-called Plot in 10 Episodes.  Just to give you a breakdown, here is how the general structure works- 30-45 seconds for Intro, 3 minutes for Plot, 1 minute for Princess, 3 minutes for random riffing and 30-45 seconds for Closing Credits.  In that limited time, they go from forming a Party (off-screen) to finding a magic sword (who's appearance is a one-off joke!) to finding a key to rescue a Princess.  To be fair, they find the Castle...and stop right in front of the door!  Get it?  I sure don't.  Between that, we get random conversations about acting like Adults, a whole bit where they go through an Amusement Park, the Robot short-circuiting while expositing about Art and then an abrupt bit where they fix him with a magic book.  There should be enough Story here.  They just don't feel like using it, apparently.  The Show also doesn't look that great, which isn't helped by their obsession with Poser-style Animated Sprites to fill out shots.  This might be a thing in some circle of Japan, but the humor and point of it is lost on me.  I'd rather just watch our own silly and random Shows instead of looking into your damn Crystal one more time- thanks!

Another year and another weird Anime for Bob.  I continue to cover more than him on this Site too.  Happy Birthday, ya bastard.
Posted by Alec Pridgen at 10:50 PM