This Film- which was kind of a mixed bag of disappointment- was good for one thing- random death.

In The Devil's Express, an ancient evil from China makes it way over to America.  It proceeds to hide in the Subway Tunnels- avoiding the Ninja Turtles, I guess- and kill lots of people.

One of the victims- the first- is important to the Plot.  The rest, well, they are here. 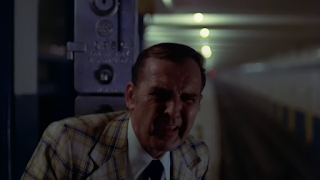 He wanders just off-screen and dies. 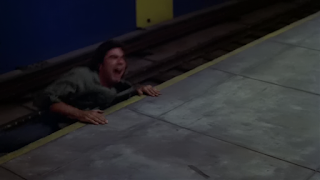 While yelling at his girlfriend and being overly-aggressive, he gets grabbed and pulled away to die by the creature.  Darn? 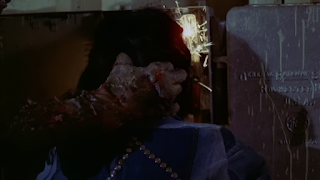 At one point, he was supposed to be important to the Plot.  By his end, he's running away from a fight and killed by the Monster.

At best, this is important as the 'now it is personal' moment...but that's about it.

Random death just for being a person in or around a Subway.  Still not the worst thing associated with Subway though.

The moral: take the bus.

Next time, a campy anti-classic brings me some victims.  It is cliché stuff.  See you then...
Posted by Alec Pridgen at 1:09 PM