In spite of horrible environmental standards, economic equality and constant attempts at cyber-hacking, I'm not mad at China.  Why?  Well, they make great movies like Red Cliff, silly films like The Dragon Lives Again and crazy stuff like today's film.  That film- Tai Chi Zero.  This recent Import film is a fun, action-filled comedy with lots of kung-fu action.  What more could I ask for?  The film is all about a young man who must learn kung-fu to save his life...by getting his ass-kicked by an entire village.  Hillary Clinton's words have never been taken this much out of context!  I really liked this film for its crazy action, quirky humor and stylish visuals.  As such, I want you all to see it.  You know what that means- a Review In Pictures!  To get a taste of how crazy this film gets, read on... 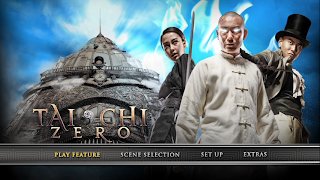 A young man is born with a special gift- which gets used to kick people's asses for vague reasons.

However, after a friend suffers the most bad-ass heroic death ever, he seeks his own fate.  Meanwhile, the technological revolution comes knocking at Chen Village. 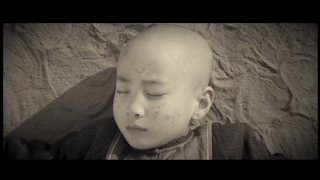 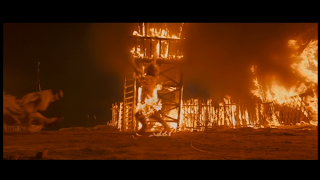 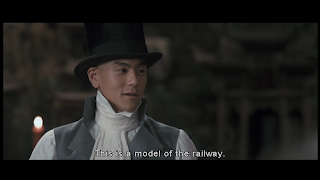 Chen Village, meanwhile, is a town that holds the secret to some super-secret, super-powerful kung-fu.  To learn it, our hero must fight the town...which is not exactly a cake walk.

Oh and the technological revolution knocks much louder the second time- in the form of a giant, cylindrical death machine! 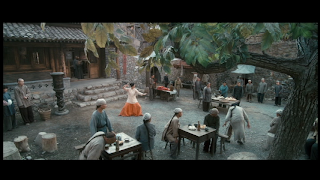 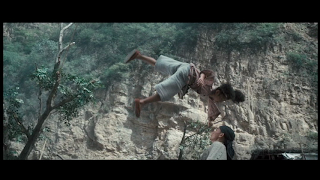 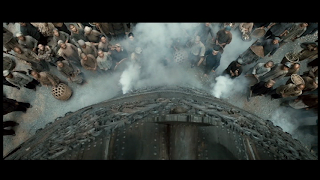 I wouldn't DARE SPOIL the Third Act of the film, other than with this out-of-context shot of people being hit by fruit and this guy getting tackled.

To see the fun-filled, wacky finale, watch the movie!  The End. 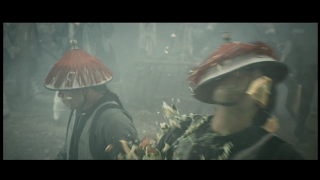 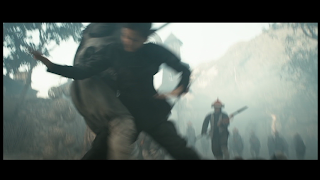 Seriously, go see this movie!  I like stuff like this- sue me.  The action is fun, the comedy is fun and the whole movie just has a quirky vibe to it that I like.  It's not the most complicated story out there, but it isn't trying to be.  The movie plays with things that we take for granted like normal Credits.  I love that all of the Actors are credited on-screen once they appear, often with humorous descriptions like the one below.  This movie is fun- it's simple as that.  It's also build-up to Tai Chi Hero, a film that I will be eagerly-awaiting for via Netflix.  I'm sure that I'll enjoy it two years- give or take a week.  While I do that, go watch this movie.  Seriously, it has 'Leung Siu-Iung as Master Dong' (He's a 70s Kung-Fu Superstar).'  What more do you need? 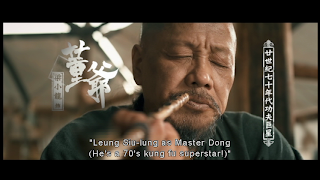 Next up, the third film in George A. Romero's dubious SECOND Dead Trilogy.  In contrast to Diary, this film is only...mostly-bad.
Posted by Alec Pridgen at 11:54 PM