What's old is new again and...it should have stayed old.  Today's film is Escape from L.A., a sequel that gets some pretty mixed reviews from people.  First, some background for neophytes.  John Carpenter was on the rise in the late '70's to mid-'80's when it came to films.  He Wrote, Produced, Scored (a rarity) and Directed a number of good, hit films like The Fog, Halloween and Swamp Thing (well, I like it anyhow).  During this period, he made Escape from New York, a film classic.  As the 1980's closed, however, the man had a slew of films that under-performed or just flat-out failed to make much money.  Those films included Big Trouble in Little China (own it on Blu-Ray), Memoirs of an Invisible Man and Village of the Damned.  When all else fails (and sadly, it did), why not go back to something that worked before?  That leads right into Escape from L.A., a sequel/remake of his hit film from 1981.  I call it a sequel/remake, because it is a sequel, but is also the same movie events happening again.  It would be like if Halloween II was about Michael Meyers chasing Lori Strode around the neighborhood two years later.  Some of the original cast is back, but we see a lot of new faces.  You'll find that most of them- i.e. Valeria Golino- are playing parts already done in the last movie by other people- i.e. Adrianne Barbeau.  To be fair, some of the Actors from the original- like Lee Van Cleef and Donald Pleasance were dead at the time, so they couldn't exactly take part.  The film is not terrible, but it's easy to see why this didn't work as well the second time around.  To find out the whole story, read on... 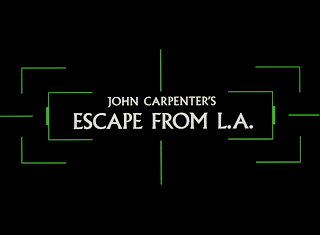 Jumping ahead a vague amount of time, a militaristic government has taken more control.  For all his bluster, Snake did, well, nothing apparently.

An Earthquake that was predicted by a Preacher hits Los Angeles, splitting it from the mainland.  Naturally, they make said Preacher the President for...um, being psychic? 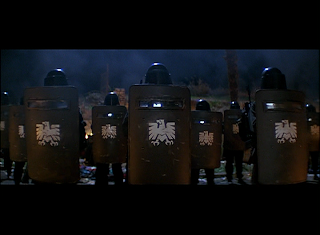 Quick side-note: I didn't plan to review the film due to when it takes place, but...I'll accept the serendipity of it all. 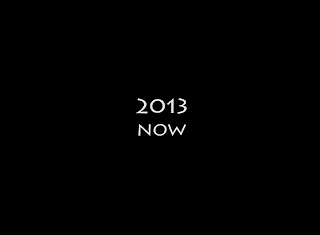 Snake is re-captured (off-screen) and sent on a new mission: get some MacGuffin device from some militants.  How did they get it?  The President's daughter goes all Patty Hearst on them and steals it.

So, to sum it up, Snake goes to a city full of criminals to get the President('s daughter).  How original. 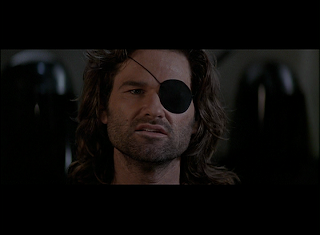 In Los Angeles, Snake and Not Adrianne Barbeau end up in the hands of a Mad Plastic Surgeon aka Bruce Campbell in 10 lbs of make-up.  Way to use a star- disguise him beyond recognition and use him for about five minutes. 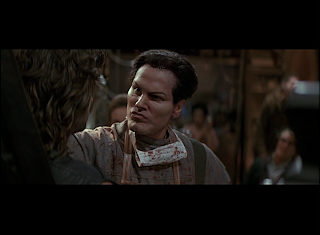 As I said, Golino essentially plays Barbeau's part.  The difference: this character has no relation to the bad guy (she just gets caught with him), does little in the film (goes to one set piece) and gets killed before the climax (abruptly, I might add).  This is better? 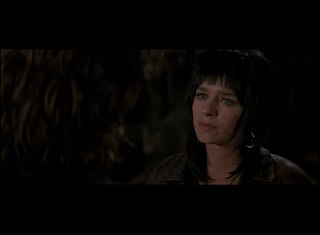 In Escape from New York, Snake must fight a big brute of a wrestler.  In Escape from L.A., he must make a bunch of free throw shots in a row.  No, really. 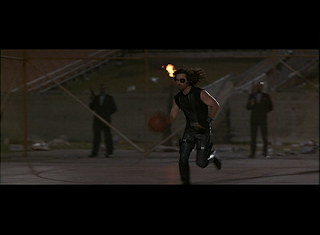 In the second silliest bit of the film, Snake SURFS a tidal wave with Peter Fonda to catch a car driven by Steve Buscemi, who is basically playing Ernest Borgnine's Cabbie character from the original film.  The only twist: he turns on Snake. 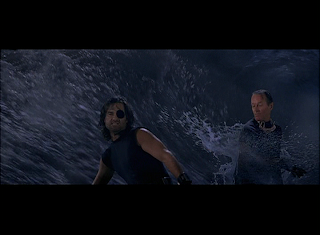 Snake and the Revolutionary Leader- who is clearly supposed to look like Che Geuvera- tangle up close and personal.  He goes down and Snake retrieves the device.  However... 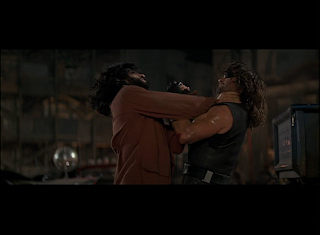 He decides to not give the government what they want, since they're assholes who will use it for their own gain.

Using their own holographic device, he keeps a safe distance and decides to... 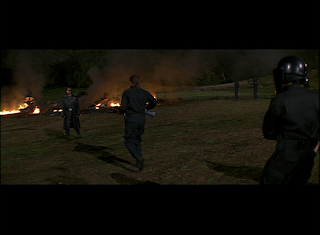 Use their own space-based EMP Device to wipe out all of the technology on Earth.  That's...an interesting decision.  The End. 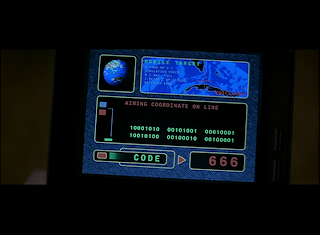 Everything that was right about the original is still right.  There's just one problem: I already saw this movie.  In New York, Snake is forced to rescue the President.  In L.A., he is forced to retrieve the President's daughter.  In New York, the hard-ass Commander (Van Cleef) eventually gets his comeuppance from our hero.  In L.A., the hard-ass Commander (Stacy Keach) eventually gets his comeuppance from our hero.  I could go on like this, but you get the idea.  So much of this film is a rehash of the original film.  You want to do that- do a Remake.  This awkward middle ground of making the story follow the original film while also making it a sequel has got to stop.  It is just confusing and I don't like it.  That's not to say that there aren't any new ideas in this film...there just aren't that many GOOD new ideas.  What's new?  The Basketball scene, the Surfing scene (just above Vampire Baseball in Twilight) and Pam Grier playing a character who's had gender-reassignment surgery.  Well, that and the evil 'getting lots of plastic surgery' gang.  Ooh, scary.  This film is bad for all of the worst reasons: it's just unnecessary.  If you saw Damien: The Omen II and said 'this was necessary,' then you'll have no issues with this film.  If you didn't, you'll see just how wrong this thing went, CG Shark and all... 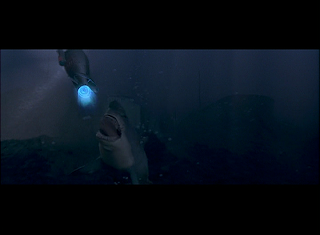 Next up, the second example of why a Director probably shouldn't come back to a series after so long.  It's time for some Meta Slasher action for the youngsters.  Stay tuned...
Posted by Alec Pridgen at 11:38 PM