Hopefully this helps you with your hangovers!  After many St. Patrick's Days gone by, I'm finally touching upon this little number.  I'll leave the Leprechaun films to the Syfy Channel and their stupid-ass name.  Instead, let's look at Getting Lucky, a film that Troma was kind enough to post for free on their YouTube page.  I'd never pay to see it, so thanks!  The film is an '80s-style Sex Comedy, albeit one made in 1990.  A common film from USA Up All-Night, this film has a cult following to some.  It's appropriate because the film's plot involves a Leprechaun- a drunken one at that.  Can a creature with very little control over its own spells help our nerdy hero get the girl?  Of course, but it's not going to be easy!  To see how odd this little film gets, read on... 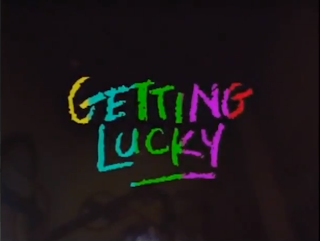 This is our hero.  He's a nerd.  He loves the hot girl at school, in spite of her 'five-head.' 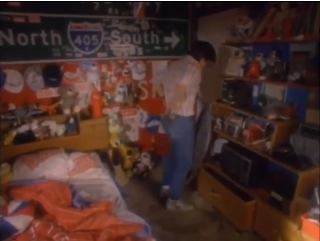 She, however, wants nothing to do with him.  She is trying to finally lose her virginity to the Alpha Male/Jock at School.  Our hero proves to be a challenge, even if it is by accident.

On top of that, the girl's mother is very protective and keeps thwarting the guy's attempt at, ahem, breaking new ground. 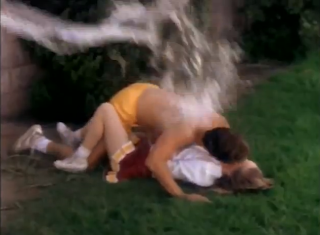 As luck (of the Irish) would have it, our hero finds a drunken Leprechaun in a beer bottle.  He can use his powers to help our hero get the girl.

Now, him getting it right is another story. 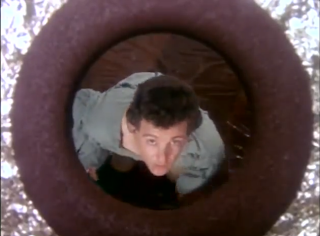 I'd just like to pause the review for a moment to point out that people were still using Day for Night...in 1990!  Seriously, guys?!? 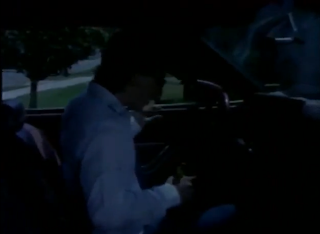 Where was I?  Oh right- this girl's virginity.  The Alpha Male/Jock is still trying to get her, while our hero keeps up the fight as well.  What is a girl to do? 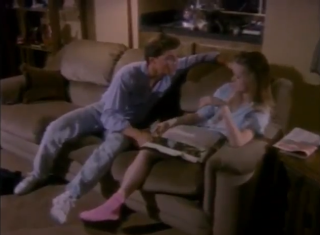 In the film's most famous scene, our hero is shrunken by a misfired wish and ends up on the girl's...well, you figure it out.  It's a creative scene, even if it is disturbing on many, many levels. 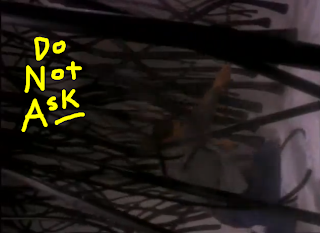 Our hero woos the girl of his dreams with dates involving Put Put Golf and...picking up trash on the streets.  Really?  What could that possibly get you? 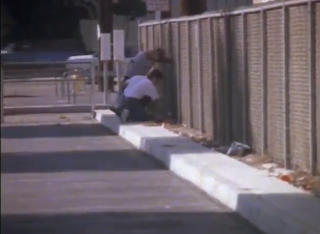 Oh, you're getting married...apparently.  That's random and abrupt- especially for a Sex Comedy! 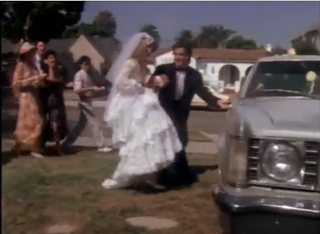 All of this leads to a really silly shish kabob fight in the style of a sword fight.  Our hero wins and, after a completely ancillary closing scene, lives happily ever after.  The End. 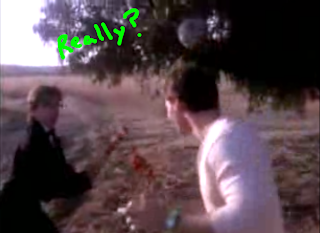 Thank God I'm only a little bit Irish.  In all seriousness, this movie is just plain weird.  It's a Sex Comedy with some pretty raunchy jokes...that ends with the two leads not even making out before they get married.  In other words, it's the Twilight of Sex Comedies.  I still can't get over the fact that Edward hangs out at this High School as a 100+ year old man, but won't even get to 'second base' before marriage- can you blame me?  Back to this film, it's really not, well, good.  The jokes are broad, obvious and not all that great.  It has that one inventive scene- the one I will only speak vaguely about- and that's about it.  So much of it is bland and generic.  I'm used to Leprechaun films with killers on Pogo Sticks, people being burned to death by Espresso Machines or magic flutes that allow you to become a great Rapper.  This...just doesn't do much with the whole Leprechaun thing.  Hell, even Jack the Giant Killer- as goofy as the '60s film is- made pretty good use of the Leprechaun as a Deus Ex Machina for the Third Act.  I wish I could say better things here, but that's pretty much it.  It's alright, I guess.  I wonder if boobs could cheer me up... 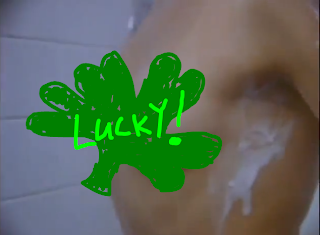 Up next, the original review planned.  Time to see how I feel about this Anthony Hickox film after all this time!  Stay tuned...
Posted by Alec Pridgen at 11:49 PM