Who says that there are no new ideas out there?  Today's film is FDR: American Badass.  It's the film that Abraham Lincoln: Vampire Hunter should have been and what Abraham Lincoln vs. Zombies was almost.  In other words, it's awesome!  Released last year, the film got some good attention for its completely awesome and ridiculous trailer.  Any film where FDR's first words are 'Does my cock still work?' is gold to me!  When I went on Streaming a while back, I meant to watch it right away...but I didn't.  Having finally seen it, I regret my lack of haste.  This movie is pure ridiculousness and I love it for it.  I won't SPOIL too much here, as so much of the film's humor is based on shock and surprise.  I will tell you enough to make you want to stop what you are doing and track this film down though.  Seriously, it's on Streaming RIGHT NOW.  In the meantime, read this... 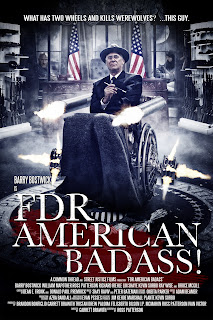 While out hunting in 1931, FDR and company are attacked by a Werewolf.  While he stops the beast, FDR is bitten and contracts Polio, since that's what happens when you're bit by a Werewolf...apparently. 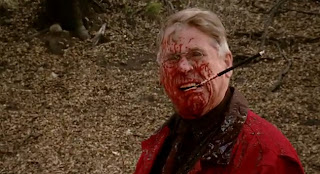 He doesn't let that stop him though, as he gets a fancy new wheelchair to kick some ass.  Oh and he becomes President of the United States too. 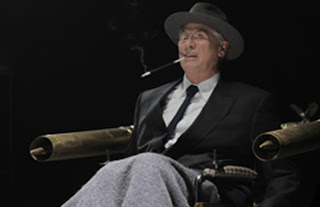 Fortunately for us, FDR is around to stop the combined might of Werewolf Hitler, Werewolf Mussolini and Werewolf Hirohito.  Where would we have been with Herber Hoover: American Badass? 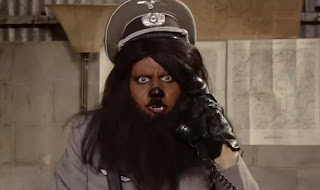 FDR is a man of the people.  If your constituents were like this, wouldn't you be? 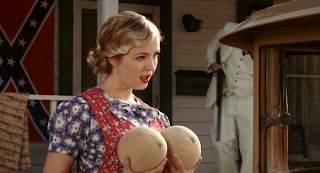 FDR's enemies are fierce.  After all, they are Werewolves.  What kind of Werewolf would do something like be a love-struck puppy for some girl who never smiles and constantly get his heart broken? 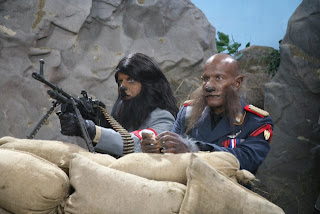 I just wanted an excuse to show this picture.  That is all.

I wouldn't dare SPOIL the ending of this movie.  You'll just have to see it to believe it.  That may still not do it- so watch it twice! 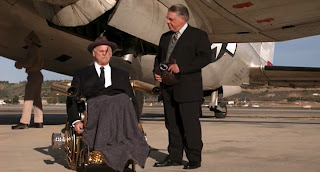 I love this kind of stuff.  To be fair, the film is by NO MEANS for everyone.  The humor is broad and crass, often making crass jokes about broads.  See- that's what I'm talking about!  In all seriousness, the film is dumber and sillier than it has to be at times.  It also has the problem that Black Dynamite has- finding the balance between a working plot and its humor.  While I do like the movie, it plays fast and loose with time.  FDR's four terms shoot by really quickly at times, but slow down for others.  It's still MUCH better than putting all of Lincoln's life in Abraham Lincoln: Vampire Hunter.  I get what you were going for, but it was just too much story.  I say all that, but I still love this movie.  It's a great example of taking a low-budget, a silly story and putting the most willing Actors in it.  The result- pure hilarity.  Even an hour in, the movie continues to find new ways to surprise you, especially in the form of one cameo that I won't SPOIL here.  This film is goofy and crass, but I wouldn't have it any other way.  To see the only patriot with bigger boobs on display, you have to go back to the 1990s... 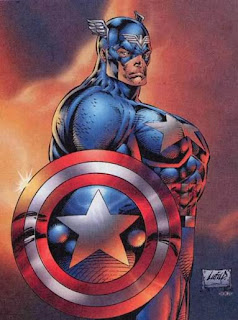 Next up, I cover a sequel that nobody demanded.  When you're less remembered than Psycho III, you've done something wrong!  Stay tuned...
Posted by Alec Pridgen at 11:54 PM

Email ThisBlogThis!Share to TwitterShare to FacebookShare to Pinterest
Labels: 2012