A Review in Pictures: Mega Shark vs. Crocosaurus

Yes, it's them again.  The Asylum got so much inexplicable hype and fame from the original Mega Shark movie that they made a sequel.  I know what you're wondering- where's the Giant Octopus?  Well, he/she was deemed not cool for the sequel, I guess.  In its place, we have a giant crocodile, who travels all the way from Africa to take part in the battle.  Along the way, we meet adult Urkel, 'That Bitch from Monster and there's even a cameo by the ship from Titanic II.  We also get recycled B-Roll footage from King of the Lost World for no apparent reason.  This one is painful, folks.  To ease the pain of this (and to spare you both SPOILERS and the need to see the film), I'm going to give you some basic plot points and lots of screen shots.  Bear witness to the titanic struggle that is... 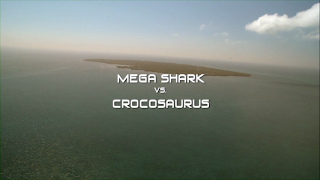 The film starts in Africa (probably re-using Allan Quartermain footage) with a crocodile escaping from a cave. 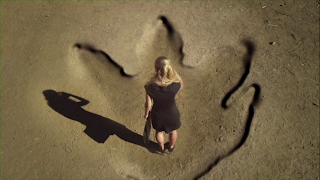 The Mega-Shark survives the ending of the last film (somehow) and escapes from the ice (somehow).  It attacks! 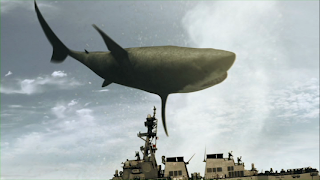 Oh yeah, it's super-giant now.  Watch the people clearly miss the 50-foot fin with a cannon! 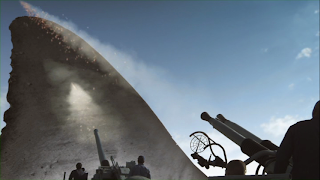 Can I possibly explain this?  No, I can't. 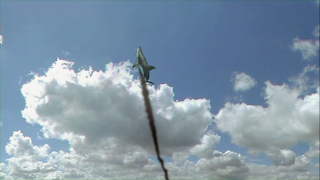 You will believe that a shark can fly!!! 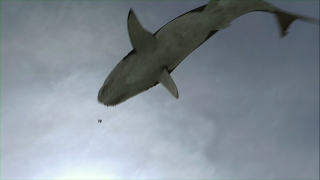 Oh look- the ship from Titanic II is there.  I guess they had footage of it, so why not insert the Crocodile in? 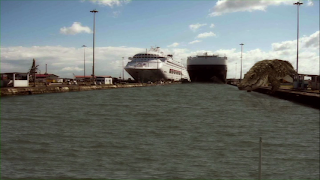 The creatures face-off in a battle of CG vs CG!  This seems unbalanced, given that the Crocodile can go on land.  Of course, it also can't fly... 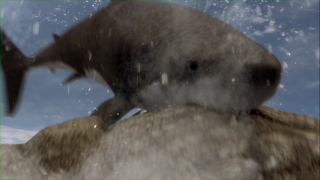 The battle moves from land to sea.  It's accentuated by a plot point that I won't spoil. 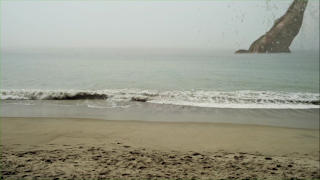 The climactic battle is just...well, this. 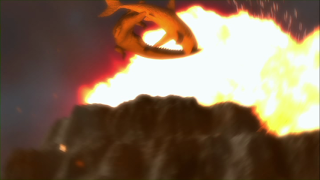 What do you think I'm going to say?  The plot of this movie is just dumb.  So much of it is based on ideas that are never explained or scenes that are never shown.  How did the Shark survive?  They don't show us.  How did it get unfrozen?  Again- they don't show us.  Who the hell is Jaleel White's character and how does he relate to the first film?  No clue.  Basically, we need the Shark to come back, we need White to have a personal vendetta and we need a second, new monster.  Because of all that, they don't explain any of it in great detail.  Accept these facts...or die!  The CG work in this film is goofy as hell.  There are brief moments where it looks decent, sure.  There are other moments where the shark leaps 50 feet out of the water, grabs a torpedo and splashes back into the water.  I mean, what do you say?!?!?  To be completely honest with you, there are some fun moments to be had here.  There's also a slow middle (hello, every Asylum film ever), re-used effects and, of course, 'That bitch from Monster.'  I'm sure that she's a nice lady, but she is just in the worst Asylum films ever (King of the Lost World, Dracula's Curse, The 9/11 Commission Report).  The bottom line- I've showed you most of the hilarious parts.  Do yourself a favor and skip it, unless you're some sort of sadist.  Take us away, oddly-Meta and confusing poster placement... 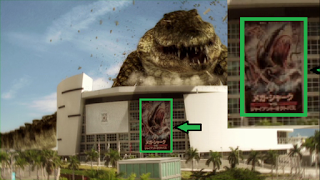 Up next, we cover a Syfy Channel sequel to a hit film.  This crocodile is out for blood...and a Duke Boy.  Stay tuned...