Finally, something nice to talk about!  This modern update of the Disney classic- which I still own on VHS, by the way- came out over a decade ago, but never really got a DVD release.  It's all thanks to Disney's creepy policy of releasing films for about a year and then locking them away for years.  You're doing that just to inflate the market, aren't you?  Whatever the reason, the film- and the original- are back out on DVD, so let's take a look at the former, shall we?  It's the same basic premise-orchestral music over whimsical cartoons.  The shorts have very little plot and no dialog, but feel more natural than a lot of other animated films.  We also get a new host of celebrities introducing the segments, including Steve Martin and Bette Midler.  There's not exactly a 'plot' to speak of, but that won't stop us from enjoying... 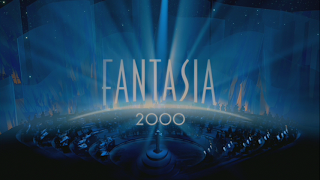 The first segment involves a bunch of whales that fly.  It's notable for using CG characters before that started to be a commonplace thing.  Other than that, it's just kind of odd.  Flying whales- who'd have guessed?!? 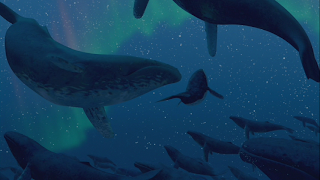 The second segment is a lively cartoon about life in the big city.  It has the most overall plot of any of the shorts and has a great style.  It's vibrant, art deco design is neat to look at in still-form and in motion. 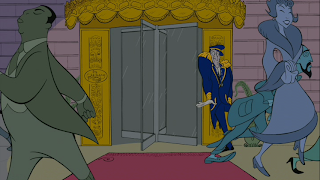 In probably my favorite one of the bunch, a one-legged toy soldier fights to save his Princess from an evil Jack-in-the-Box.  A more fluid and life-like CG animation style hints at what was to come from all of the major studios and the music just works for it. 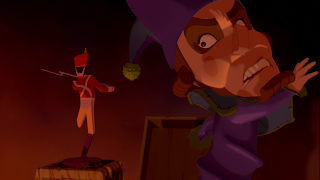 This silly, little short involves a flamingo playing with a yo-yo.  That is all. 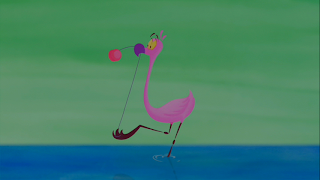 Just for fun, they replay the classic 'Sorcerer's Apprentice' short.  It's nice to see, although it wouldn't have killed you to make it Widescreen?  It's fine, but I'm just saying... 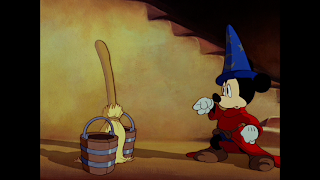 In a cartoon that probably didn't play in the 'Bible Belt,' Donald Duck is Noah.  It's a nice short, but who thought of that concept.  It's just odd. 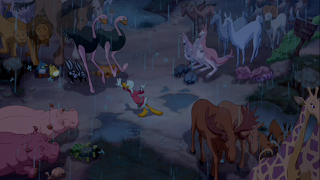 Finally, we end with a segment taken right out of Princess Mononoke.  It's very nice, but it's clearly just that film with a slight twist to it.  Oh well- at least you're stealing from something good. 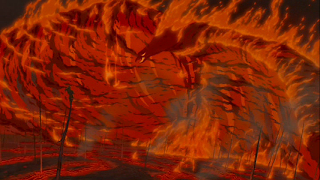 Insert snappy comment here.  The plot of this movie is...oh right, no plot.  It's hard to break that pattern, after all.  All of the shorts are nice, although I'm a fan of some more than others.  The flamingo bit was alright, but nothing special.  It was cute though.  The 'bumps' between each segment were nice as well.  The humor is broad though, since this is an all-ages film.  Is anything lost in making the film for all-ages?  No, I don't think so.  The focus of these films is on the animation.  In that regard, the film works.  Do I prefer films with a story?  Yes.  Even so, this is a nice bit of animation and the most sure-fire way to get kids to listen to Classical Music.  If you want to check this film out, get it now.  Any second now, Disney will take it away from the market, leading to years of therapy for your kids. 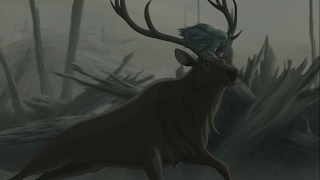 Next up, the good times end with the controversial sequel to a Japanese film.  Will it be a success or will I wish for my own exploding collar?  Stay tuned...