The most successful Film not seen in Theaters outside China!  Before that Country dumps The Meg in our laps, let's see what they can do... 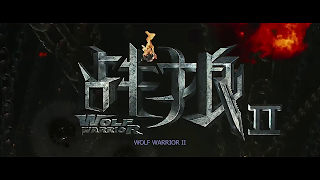 Our Hero is a Wolf Warrior, a super-elite Chinese Soldier.  He is first seen in this Underwater Kung-Fu Fight with Somali Pirates.

It also helps that he's the Co-Writer, Co-Producer and Director of the Film! 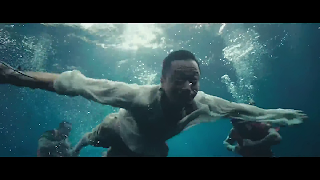 After serving with honors, he returns home to deliver a fallen comrade.  This all leads to him kicking a Landlord (who is demolishing the man's house during his Funeral!) to death.

Shockingly, this ends with him in Jail and not the Government suing the man's family for injuring the Police Car Window with his body. 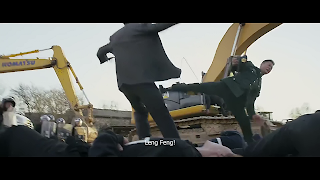 Now 3 years in the future (despite this being released 2 years after the last Film), he is helping people in Africa, but also looking for his girlfriend's killer.

This Movie was a massive hit by locking out EVERY FILM for over a Month in China, including Spider-Man: Homecoming (another Film with a time-related issue). As luck would have it, the man responsible is in the same Town leading a massive rebellion to aid a Warlord (who he later kills). 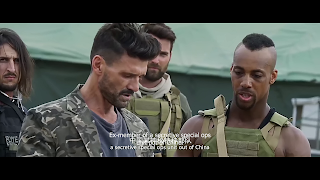 With no back-up (not even the U.S.- thanks, Trump!) and many foes, can he survive? 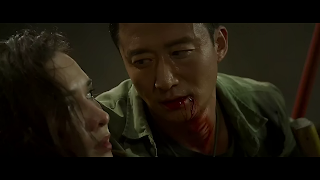 Or will the evil American win?

I mean, this is Chinese Military Propaganda, so, you know, guess.  The End. 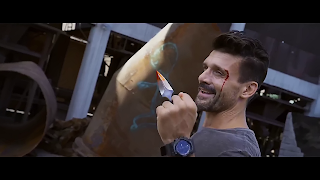 Action!  Suspense!  Nationalism!  Wolf Warrior 2 has it all!  To be fair, this is more a straight Action Film than the first one was as far as the latter bit goes.  That said, there's still tons of it!  Even when they leave China for the Film, all of the Villains are Foreign Mercenaries.  I think maybe one of them is Asian, but that's it.  Former WWE Star Vladimir Kozlov is even in the group!  As far as the Plot goes, it is pretty oddly-structured.  They use a lot of cheats, showing us things that apparently happened between the Films that are apparently quite important.  The change of location is interesting and they seem to make use of it.  I do love how when things go wrong they flee immediately to the Chinese Embassy.  I also love how they highlight a booze that our Hero drinks in a few Scenes...which is a State-owned Company.  I guess it is better than US promoting Chinese Drinks so shamelessly in our Films (e.c. Transformers IV).  The big problem here is all of the excess.  The Film revels in the killing of innocents, showing it off for dramatic effect at least five or six times.  It can be impactful in small doses, but it loses all meaning after it is done so many times!  The Film also had odd bits of tonal shifts, sudden onset Action Film clichés and other such silliness.  In one part, he jumps through a window, grabs a shard of glass in mid-air, cuts a guy's throat with it and then hurls it another man like a throwing star!  So much for realism.  The Film as a whole is good, but could definitely use someone with oversight to trim the excessive stuff.  Instead, it is 'produced' by about 17 or 18 Chinese Companies/Government Agencies and its Star.  The Film grossed nearly a billion, but yet still used cheap CG such as this... 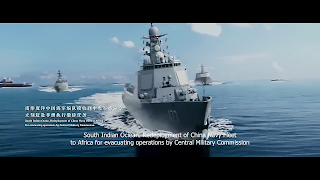 A well-shot Action Film.  The problem is that it is excessive in many regards, including gore, killing and it's own Runtime.
Posted by Alec Pridgen at 12:32 PM