After impressing many with John Wick, can the same success be transplanted for one of its Directors?  Before Deadpool 2, we got this, so let's see... 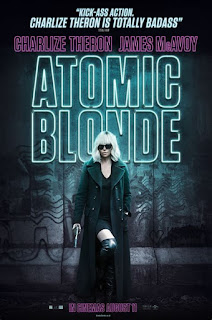 An Agent- Charlize Theron- is being debriefed in the wake of a mission set during the fall of the Berlin Wall. 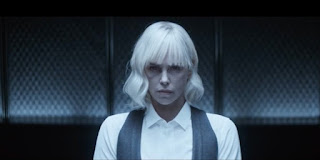 She's not doing well, as it took its toll on her.  How could it be so bad? 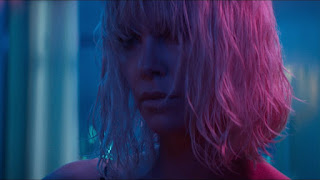 She is sent to Berlin and meets up another Agent- James McAvoy- and they have to find a MacGuffin...I mean, a Declassified List of Agents.

With the KGB constantly on her tail, can the Agent find the List? 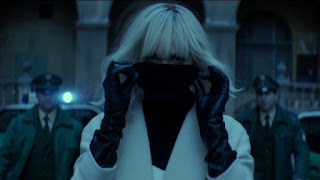 Can she find a little love on the side while she's working the mission? 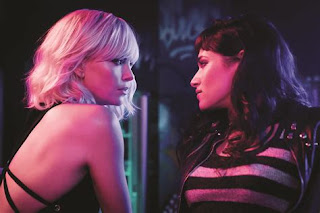 It is going to be a tough fight- no matter what the outcome.

To find out how it all goes, watch the Film. 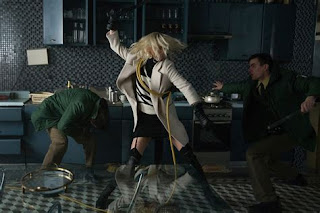 An exciting, if sometimes-pretentious Film.  Is this the female John Wick?  Kind of.  That's obviously a bit of an oversimplification- no doubt made by a Film Executive- but it kind of rings true.  It shares a Director- the Co-Director of Wick- and both feature similar people.  They both feature super well-trained Agents- albeit with different Employers and goals- and kinetic action.  It is clear that many of the same people are involved with both Films.  Aside from those aspects, this is its own Film.  Theron shines as the sort-of Title Role, a beleaguered MI6 Agent who will not give up.  The way they set her up is interesting too, as you see her in the aftermath.  She's battered, bruised and just holding on.  The next time you see her it is the start of the mission and she looks immaculate.  You know that bad stuff is going to happen.  I will say that the Film can be a bit pretentious, whether it is playing with Story Structure and the use of Songs in the Soundtrack.  The Music can be a bit 'on the nose' at times- its almost charming in its silliness.  Atomic Blonde is bright, well-made and fun.  If you like John Wick, it will do it for you.  If everything about John Wick bothered you, then avoid this one.  As for me, I'll be keeping an eye out for '90s Action Stars.  Oh look- the guy from Future War! 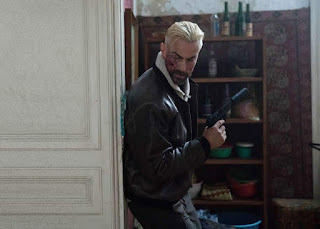 A fun, exciting Film that delivers what you expect.  The Plot is not exactly the most concise and linear though- you've been warned.
Posted by Alec Pridgen at 11:57 PM