I found a set of Episodes from the Show for super-cheap on the 2nd hand market.  I eventually figured out that I actually had *ALL* of the Episodes.  Yea for me.

The Show features a slew of famous Guest Stars.  I decided to boldly go with Shatner.  This is... 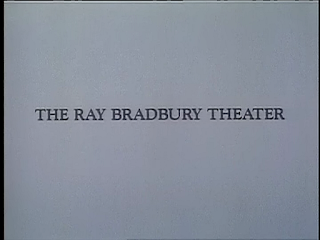 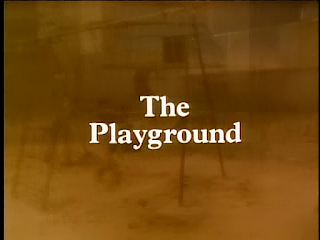 Shatner plays a widowed Father who is close with his son, but there's a catch. 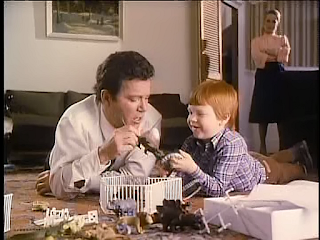 He refuses to let his son play in a Public Park for reasons that he won't explain. 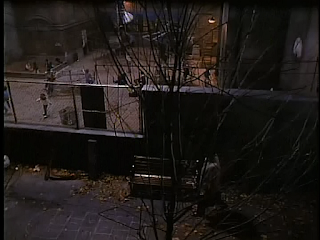 The reason: he sees visions of scary children and freaky faces.

This Show did come out after Demons, so I'm calling 'inspiration' on this look. 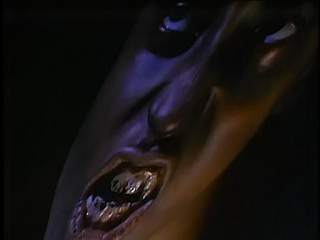 He finally confesses his fears to his Sister, explaining that bullies picked on him during what looked to be the 1930s.  He really is dressed like he's in Newsies! 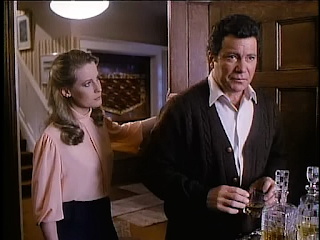 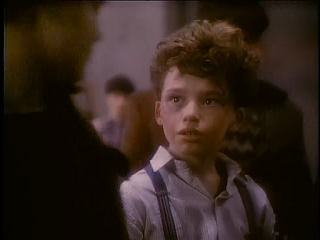 It all leads to a climax that I will explain as best I can.

Shatner makes a rush for the 'kid' that he sees (his bully) and is pushed down the slide... 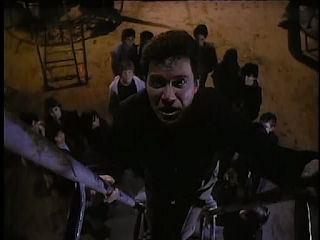 While going down, there are weird light flashes and they somehow reverse order (with the kid coming down first).

When Shatner comes down, he acts...different. 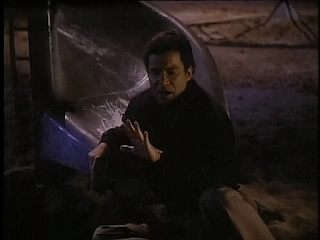 So did the kid's soul/spirit switch with his Dad's?  Are the spirits real or in Shatner's head? 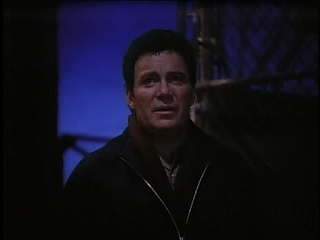 What a weird start.  The Story is interesting, but the fact that there is no clear resolution is a bummer.  Stories that make you think are good.  Stories that make you scratch your head in confusion are not.  Am I just too dumb to understand this clearly?  Maybe.  Should I need to read multiple Reviews of the Episode to figure out as much as I did?  No.  With that negativity out of the way, the Episode is shot well, has good Acting and great Atmosphere.  They managed to make a public playground seem ominous.  Kudos to all of the kid Actors for doing their parts too.  It's a neat Episode and I'm sure that the rest of the Series is more clear, but the Ending does still hurt it.  I've got 64 more of these to watch and possibly review, so the odds are in my favor.  I do get a kick out of reading Credits sometimes, especially when you realize that it was someone's job to 'corral' all of those kids... 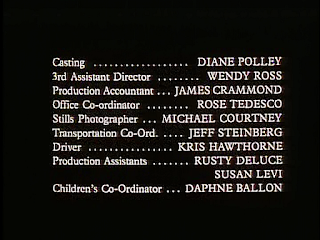 Next time, another Star and Bradbury tale.  Will it be one you know?  See you then...
Posted by Alec Pridgen at 2:36 PM