After waiting too long to review the 1st Season (long after I finished it), I might as well play catch up... 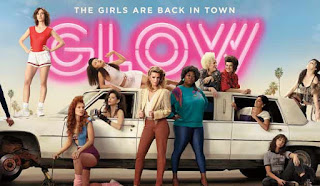 Following the 1st Season setting up the Show getting on the air, they can now focus on the goings on at GLOW. 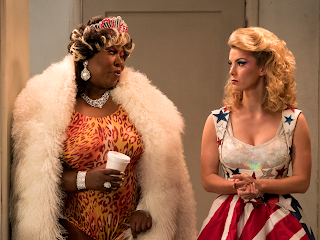 Tensions run high among the group as they fight for air time, new characters and other such issues. 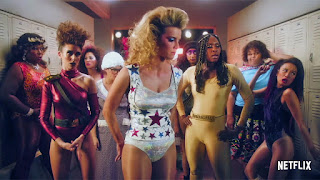 When one of them- Belle- becomes a Producer, will the power go to her head?

Will the fact that she was the only one nominated for an Emmy do the same in real life? 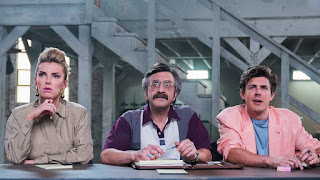 Can the crew work together when their time slot is challenged and a possible end comes near?

To find out, stream it now. 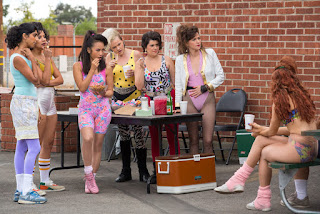 The Rematch manages to be as good as the original.  Season 1 proved to be a good mix of Drama, Comedy and Wrestling.  They could make you laugh, make you cry and make you cringe.  Besides, it is nice to see Christopher Daniels in something other than a terrible Comedy!  That Season was mostly-driven by what Plotline- the fractured friendship of its two Leads.  This Season is more balanced, even as that Plotline does still persist to some degree.  We get Episodes that highlight the other Characters more strongly, like one that splits the focus between Belle and the Queen's private lives building up to their match.  The Show also finally delivers on the promise of a GLOW Episode, by giving you a 'real' Episode that would air.  It is a tough balance to make the product look as silly as it should and the Wrestling kind of cheesy, but still able to be enjoyed.  The original GLOW is pretty crap- let's not pretend otherwise.  The Show is fun to watch, but never sacrifices the drama.  It manages to not drop in quality in Season 2, a rare occasion for a Netflix Show (according to most).  Check it out already and we'll be seeing you... 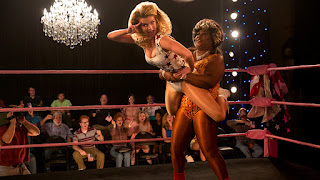 A strong sophomore Season for the Show.  Will the change in locale next Season break the streak?
Posted by Alec Pridgen at 9:00 AM