Now that I'm feeling more in a mood to try and explain this madness, let's look at Episode 3 of... 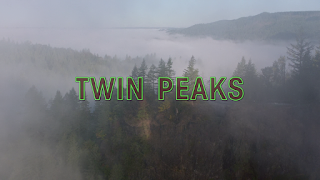 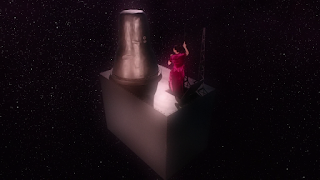 - Hawk tries to figure out Log Lady's message about using his Heritage to save Cooper.
- The Doctor spray-paints shovels.  This must be a Plot Point eventually.
- Cooper is...back?  He used to have a Mullet...and then a Toupee.  He wanders around Vegas.
- Lynch and Ferrer (R.I.P.) appear and find out about Cooper! 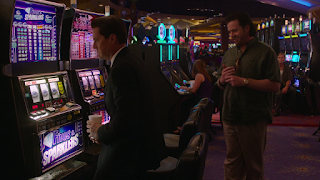 Theme(s)
The closest thing to a Theme in this insanity is Identity.  It mostly works here.
- Cooper and his whole thing.  There are three of him?  I don't know.
- Hawk has to make his 'cultural identity' somehow help him.  I don't know. 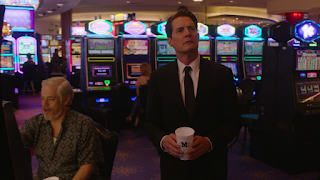 Weirdest Moment(s)
While it is hard to top the first 20 minutes of non-stop what-the-hell, the bit with Hawk in the Police Station is my favorite.  Plus I could make *some* sense of it.

- As Hawk and company go over what clues they have, they get side-tracked by a missing Chocolate Bunny until he's just so annoyed that he puts an end to it.  Great stuff. 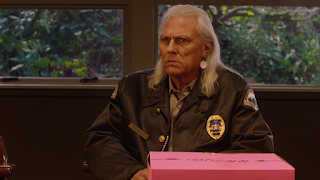 As far as this Season as gone, it is the best.  The first 2 Episodes offered lots and lots of set-up.  They also offered a bunch of randomness with the whole 'glass box in NYC' thing.  That at least pays off here...a little.  There's more of the set-up stuff, but it feels like someone poked this Story with a stick a little bit.  Cooper's whole thing starts to finally go somewhere, we get stuff in actual Twin Peaks and, of course, my favorite Character shows up.  Sadly, Lynch's FBI *Director* doesn't get to do his full-on silly stuff just yet.  From what I've read, the next Episode amps up the silly overall.  This one gave us Cooper in a Realtor's jacket, rainbow vomit, chocolate bunnies and Cooper wandering around a Casino.  The randomness of people that show up here too is quite odd.  Why is Eugene here?  Why is one of the Mr. Show guys here?  Why is that lady who's eyes used to scare me here?!?  On the plus side, this has direction.  Said direction seems to completely ignore the whole murder mystery from the last Episode, but whatever.  Let's see if this one explains things before American Gods does.  Shut up, Meg. 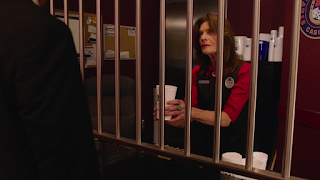 Next time, more weirdness.  What else can I say at this point?  See you then...
Posted by Alec Pridgen at 11:36 PM