My Crazy Youth: The Time that Wonder Woman Was Almost Turned into Bacon!

Just like Drawn Together, this sort of stretches past the general timeline for 'youth' with me, but...I've watched these Shows all my life, so screw it.

For absolutely no reason, here's a Wonder Woman-centric Episode... 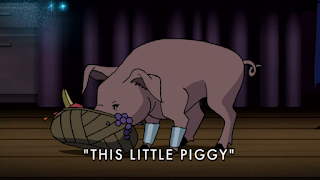 Batman and Wonder Woman are staking out a possible Robbery near Penguin's Club.  They flirt.

As a side-note, this is a nice bit of Continuity, as the Club appeared only on Batman's Show(s). 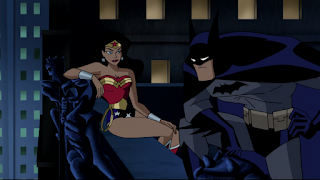 They run into Circe, who uses her powers to turn Wonder Woman into a pig.  She's on the run, while Zatanna helps Batman. 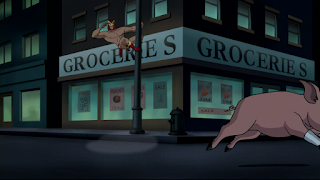 His allies help him on the search, including Red Tornado and Crimson Avenger.  Google him! 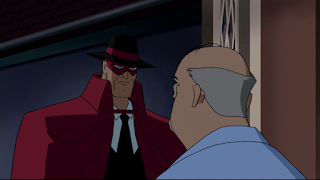 She ends up at the worst place she could be- a Slaughterhouse.

How bad off is Gotham that one of these is SO close to the City?!? 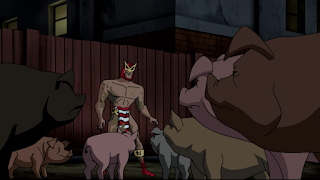 She ends being the target of the Butchers.  After annoying one enough, he shoots at her and... 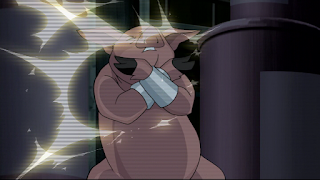 In case you thought I was exaggerating with the Title... 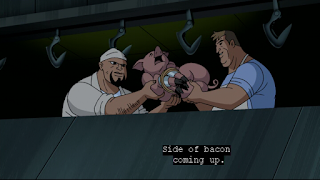 After battling Circe, there is only one way to save Wonder Woman- Singing.  The (glorious) End. 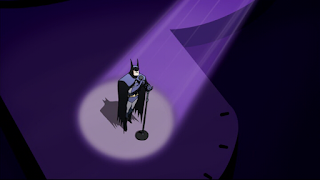 Silly, but good stuff.  The whole thing is strange.  Wonder Woman is turned into a Pig.  Batman teams up with Zatanna to meet Medusa.  Batman sings 'Am I Blue?'  The whole thing is bizarre fun.  What other Story can combine Batman, Zatanna, B'wana Beast and Crimson Avenger?  As a bonus, the Episode features 2 Songs in it!  Circe sings one- mostly since Bernadette Peters is her Voice Actor- and Batman does at the end.  It is good stuff.  If you like the ones with more Action, that is fine.  This one does feature Batman fighting a bunch of Animals and Wonder Pig deflecting buckshot with her bracelets though.  Is it good?  Yes.  Is it weird?  Yes.  Does it feature one of Batman's best retorts?  Yes.  When Wonder Woman starts to explain who Circe is, he replies... 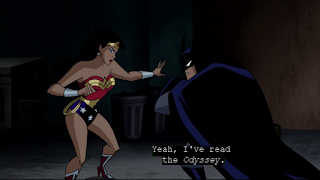 Arguably a weird, mixed-bag of an Episode.  Even so, I love it and so do many.
Posted by Alec Pridgen at 2:03 PM