I won't mock this classic.  Today's film is Kill, Baby...Kill, a film by the great Mario Bava.  I love me some Italian Maestros of Horror, be it Bava or Argento.  We'll actually get to the younger Bava next- just be patient.  Before you ask, this is not the sequel to Faster, Pussycat...Kill, Kill!  I know- I was surprised too.  It's a horror film that seems to set up dozens that would come to pass in the future.  Did they all copy this film?  I'm not saying that.  However, you can see the influence that it must have had on cinema for the next forty-odd years.  The film is a tale of murder in a small village and a few people's quest to find out the cause. That cause ends up being something that would most certainly show up in other horror films- many of which are actually from Asia.  If you haven't seen this film yet, go see it and THEN read this review.  When you come back, read on... 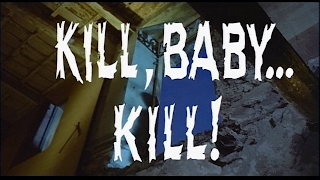 The movie begins strongly with a woman falling to her death after being followed by a mysterious shadow. 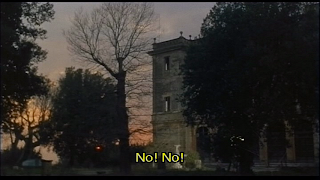 Our hero arrives to help solve the case, bringing this awesome high-angle shot along with him. 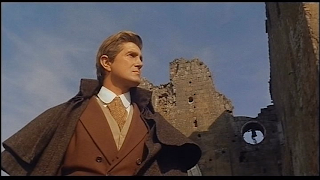 The man on the right is the Inspector and he's going to solve this case.  Well, he would if he was actually the lead. 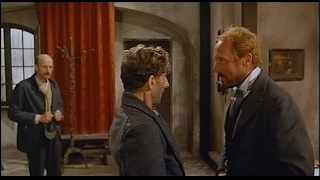 What do the murders have to do with this mysterious lady in her messy house?  Keep reading to find out! 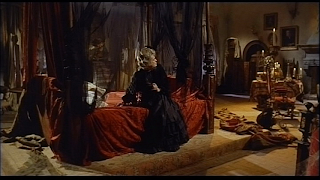 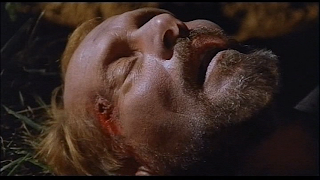 ...oh, I see.  Well, at least you managed to protect this girl from being killed by an evil spirit... 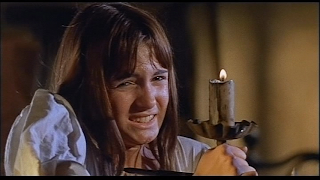 ...oh, never mind.  Well, it turns out that the killer is the vengeful spirit of a young girl.  Try to spot her in this creepy version of Where's Waldo?, readers. 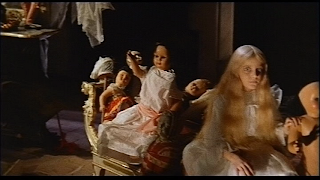 As it turns out, the Mother of the young girl is a Medium and summons the girl to attack the town.  Her reason: the town 'let her die.' 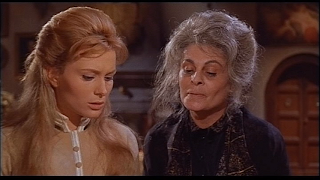 In The End, our hero manages to save the heroine- who is the sister of the dead girl to boot- and another Medium sacrifices herself to stop the evil woman.  How this actually happened is never explained?  The End. 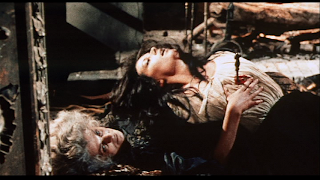 Inexplicable Bangkok Dangerous death aside, this is a great flick.  It does come with a caveat- this is old-school, Gothic Horror.  If you love those kinds of films, it's a must-see.  If you're just into gore and kills, you really won't get that.  The film is all about Bava's strengths: cinematography, the use of colors and heaps of atmosphere.  All of that is on display here, as I'm sure you picked up from the Screen Caps.  The movie's plot is a bit stodgy, but it's a representation of its time period.  The heroine could be more proactive- granted.  The hero could have more personality- I'll give you that.  Bava, however, focused on what he felt was important.  As I said, this film is a product of its era overall, but clearly inspired so much more.  How many vengeful spirits have we seen grace the silver screen since this film?  How much does the Mother remind you of Mrs. Voorhees?  How many films about a town's long-held secret being their downfall have you watched?  Hell, even the look of the girl reminds me of so many 'evil kid' films that I've seen.  How much it directly-inspired those films is certainly up for debate, but I just found it neat to see a film that seemed to.  If you haven't seen this film yet, I implore you once again to check it out.  Will this crazy camera angle help? 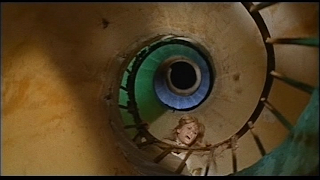 Next up, Lamberto Bava steps up to the plate with a 'true tale.'  It's a weird, weird movie about love and...body parts.  Stay tuned...
Posted by Alec Pridgen at 11:44 PM