I'm seeing double-shit!  This is Seconds Apart, a DVD/Blu-Ray release from last year.  I thought 'killer twins with psychic powers- could be worse.'  What I didn't realize is that this film was less about horror and more about some guy trying to make 'art.'  Yeah, it's one of those films.  Split-screen shots, weird dream sequences and visual tweaks that serve no purpose other than to look interesting.  In the film's heart, it's just a weird exercise in cinematic art- not a film.  There's a plot, but it's barely there.  I won't SPOIL too much here, but I'll give you a general overview.  If you decide to watch the film or not, it's your call.  To find out what I think, read on... 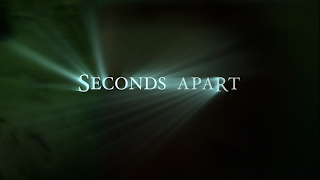 These are our villains.  They are psychic twins.  They kill people, but only in the pursuit of film-making art.  Oh- I get it. 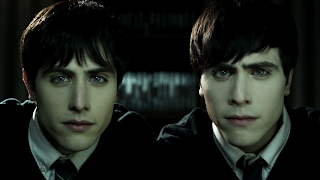 Mad TV alumni Orlando Jones- not to be confused with Orlando Jordan- plays a Cop with Tragic Back-Story #480. 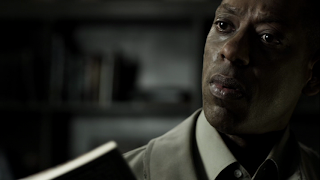 This guy- from Carnivorous and The Last Exorcism- plays the father of the twins.  His back-story and reveal are, well, odd.  I won't SPOIL it here, no matter how much I want to. 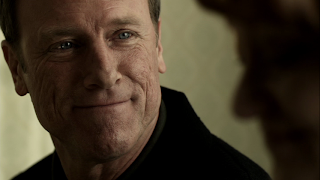 Our evil twins continue to kill people- including a scene where they force/trick guys to play Russian Roulette- for their movie and desire to 'feel something.'  Only love can get in the way. 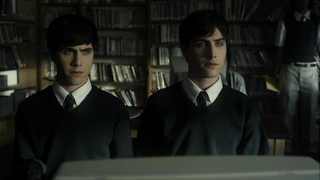 'Hey- aren't you Robert Kirkman, Writer of The Walking Dead?' 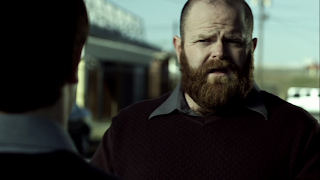 Our hero figures out that a group was training psychic twins to....um, do something.  Seriously, their motivation is never explained.

All things considered, this movie makes things worse by explaining, so it's all for the best. 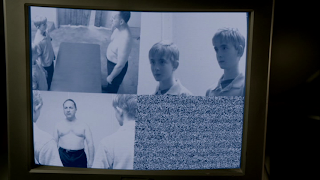 These kids are so adorable and evil.  They're like killer squirrels summoned by Satan.

To find out their fate- and that of our heroes- watch the movie.  The End. 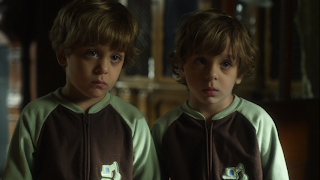 Eccentric crap.  I'm sorry, but this movie just ruins its potential.  It's a film about killer twins who use psychic powers to kill people.  It goes wrong, like I said, with the arty crap they throw in.  Does it help the movie?  No.  Our hero has burns all over his body and goes to a Therapist who puts him in...a dream state to have his burns worked on.  I'm sorry, but is that a thing?  It's all just a pretense to have him go through a bunch of dream sequences that eventually explain the back-story of him and his wife.  Could you have dragged this out anymore?  Furthermore, he has a dream sequence later where he explains key plot events...to himself.  I guess it's supposed to be him figuring stuff out, but it's played out as him going 'Hey me- stop being stupid!'  This leads to the mother of all 'holy symbolism, Batman!' moments that I've ever seen.  If you take nothing away from this interesting, but plot-hole strewn film, it should be this... 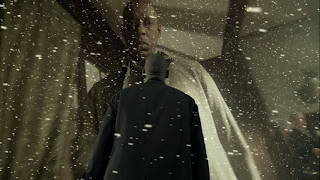 Up next, Jim Wynorski unleashes more silly monsters on the world.  When a film can't pick a monster size, you know it's going to be great!  Stay tuned...
Posted by Alec Pridgen at 11:27 PM

Email ThisBlogThis!Share to TwitterShare to FacebookShare to Pinterest
Labels: after dark