Thanks, Clive Turner.  Seriously, this guy manages to completely destroy any remote amount of goodwill that Howling VI established.  How does he do that?  By making sure that the last three films are all tied to this one, in spite of logic to the contrary.  Oh yeah- that happened!  Here's the thing- Clive Turner clearly went a little crazy as he took on more and more responsibility.  For Howling IV, he was a Producer and played a cameo role (more on that later).  By the time that Howling VII came along in 1994, he was the Writer/Director/Editor/Producer/Star.  Holy crap- he pulled a Bill Hinzman (R.I.P.)!  The next step to making the film ridiculous- filming it in a real, Western town and only using a few trained actors.  Given the level of Turner's performances in Howling IV and V, I don't consider him one either.  This movie really challenges the mind by refusing to focus on a plot for too long and having its minor plot seem stupid as hell.  To find out the sheer ridiculousness of it all, read on... 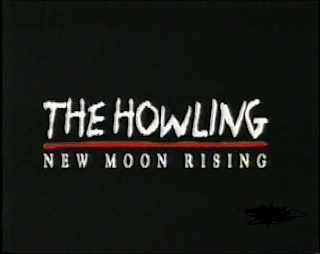 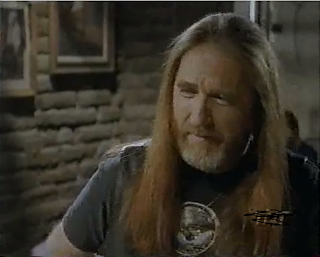 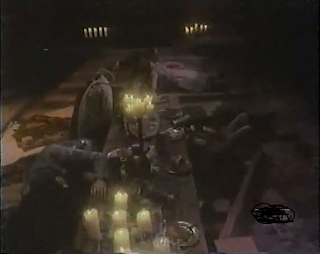 Second- the randomly-found body in the Desert was supposedly at the Carnival from Howling VI.  As a bonus, the lady Extra was in Howling V.  This is a plot point.

Oh yeah, this was also on a VHS Tape that the Priest had.  How? 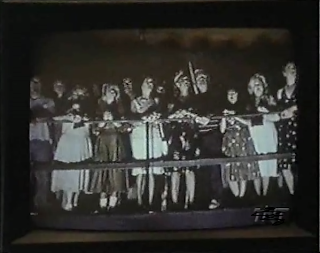 Considering that the rest of the movie involves robotic line-dancing, bad bar jokes and a sub-plot involving Chili, this is still the best part. 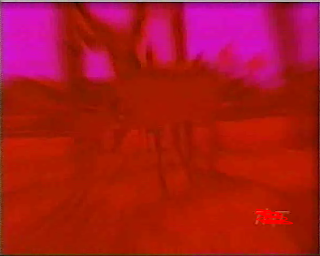 The Howling V connection is important because Turner- who was Ray in that film- is the same character...but he's named Ted.  Oh yeah, he freaking died in that movie too!!! 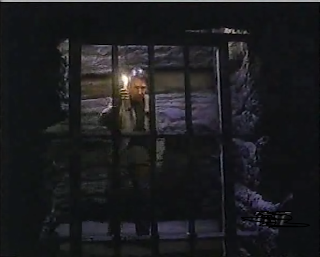 Speaking of dead people, the lead from Howling IV is back and alive.  She dumps exposition- save for the part where she dies circa The Hills Have Eyes II- and then dies in her only other scene.

Thanks for coming, Romy! 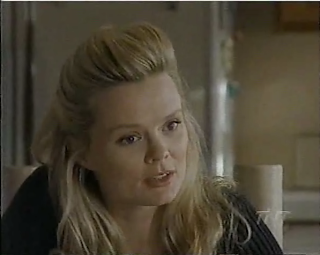 As it turns out, the villain of this saga is Mary-Lou aka The Dumb Girl from Howling V.  Clearly her random cameo in a crowd shot from Howling VI sets this up! 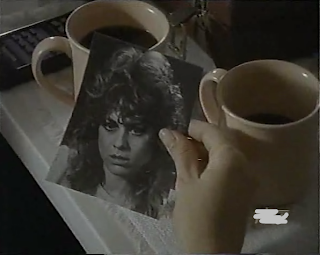 It gets better!  Using new, random Werewolf powers, she takes over the body of a different lady in town as part of her elaborate plan to cover up her murders...which she was planning before she even did them.  Brilliant! 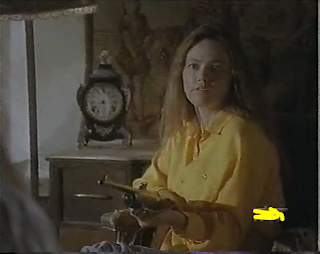 With about two minutes left in the film, she transforms her into a Werewolf (FINALLY!!!).  She runs outside, only to be shot (off-camera) by the rest of the town.

Her pointlessly-elaborate plan to...um, do something has failed.  The End. 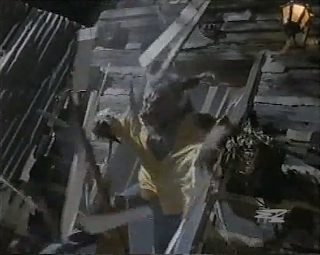 Screw you, Pioneer Town!  This movie is a serious, serious mess.  There are more stupid, stupid things about the movie than you could shake a giant stick at.  For one, the plot is a ridiculous mess.  It attempts to connect three separate Howling films to a brand new one that barely has a plot to begin with.  Even if you get past the Retcons and silliness, there is just nothing of note there.  Why does Mary-Lou go there?   Why set up this elaborate plot to get a guy who may or may not be a Werewolf in trouble?  Speaking of which, the lady from Howling IV says that Ted was a Werewolf, showing the clip from the film.  The problem- he's not.  Was it just to trick the audience?  Speaking of tricking the audience, there's almost no interesting footage for this film.  It's a bunch of comedy skits and exposition dumps.  The only F/X shots before the end come courtesy of flashbacks to Howling IV/Howling V.  Oh wait- there is one second of a Werewolf in a scene where a Cop is killed.  Oh right- that's actually Stock Footage from Howling IV (where Pretender guy gets bit)!  If you like line-dancing, bad jokes and terrible actors, but hate story and F/X shots, this is the film for you.  There's just something so...off about it.  On the plus side, Clive Turner hasn't Produced a film since 1996.  That and I get to re-use this silly F/X shot... 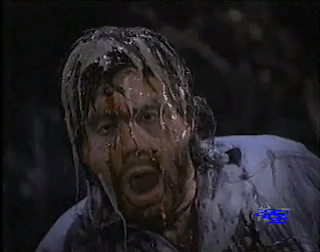 Up next, the final and most recent film in the series.  Is calling it The Howling: Twilight an insult or an accurate assessment?  Stay tuned...
Posted by Alec Pridgen at 4:13 PM