Sorry, but this review was done on a military time-table.  I consider it my service to those who serve in the Military to give them a Holiday to enjoy without this weirdly-shitty movie.  Why the third film?  Why not, I say?  In all seriousness, this movie is on Streaming, while the 2nd film is on Disc.  More than that, this one is the return of Casper Van Dien!  Yeah, this is totally a big deal.  That's why the film had a meager, Direct-to-DVD release with some minor promotion.  For a film series based on a pretty famous book, it's been pretty sad to see the follow-up.  Anyhow, this movie returns to form with the ridiculous satire, but works in slightly-better CG effects and an especially goofy plot.  The subtitle relates to a silly, Deus Ex Machina that will show up later.  Don't worry- I'll get to it in time.  All you need to know is that this film has all of the same elements as the original- right or wrong.  Is it as good?  To find out, read on... 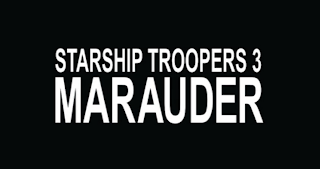 The intro is strong, keeping the satirical tone of sci-fi News Reels.  It's still an exposition dump, but it is more amusing than most. 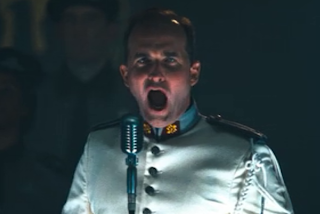 (Still Not Juan) Rico is back and he's...slightly higher rank than he was before.  Kind of missed an opportunity to make him a General or President, but whatever. 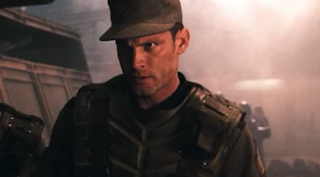 Things go bad when a base run by Rico is overrun by bugs.  The military's Sky Marshall flees, but... 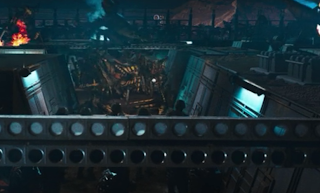 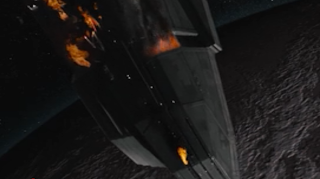 At this point, the film breaks down into two parts (minus random News Reel crap): the people wander around the planet, talking about God or just bickering. 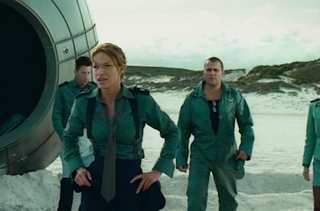 Meanwhile, Rico is sent to die, only to find out that he's being sent on a secret mission to rescue the guy who the military doesn't say is missing.  Why fake his death again? 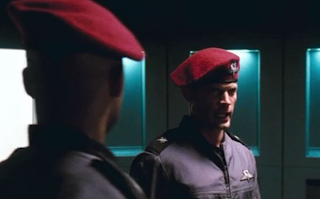 The whole desert trek ends with the group making it to a ship...only to be confronted by a giant, psychic bug.  As it turns out, the Sky Marshall has 'gone native.' 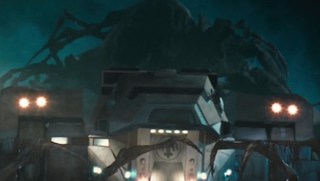 The titular Marauders- led by Rico- show up and are, wait for it, giant mech suits.  I bet you were expecting something less obvious.  Oh and these Deus Ex Machinas face almost no resistance and simply get away from the aliens. 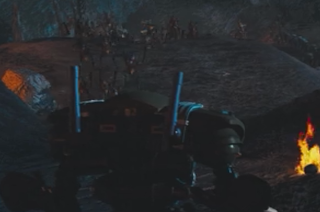 In the aftermath, Rico leads a new squad and the film's secondary leads kiss while a planet is blown up.  Only in a Starship Troopers film.  The End. 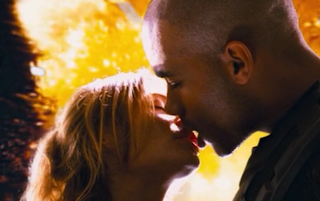 War is hell...if you pay attention.  Here's the thing: this movie has some decent effects, nice staging and plenty of the stuff you'd expect.  It's got overly-broad satire.  It's got exploding heads.  It's got a random scene with nudity- naturally.  Here's the other thing though: it's pretty shallow.  The action scenes are full of random, silly flourishes like people being decapitated in shadows and the like.  The satire is so ridiculous and there's no context to it.  The military is never really penalized for anything they do and, if anything, they get much out of it.  So am I supposed to be offended or laugh at the paralyzed guy murdered to cover up other actions?  The military of the original film was made up of assholes, but never really did stuff like they did here.  Here's the really wacky part: organized religion plays a key part in the film.  No, really.  After an hour of random bug/people killing, we get a Christian character who eventually converts our heroine.  This leads to the Federation embracing religion, leading to, well, nothing.  What was the point of this odd, preachy sub-plot rearing its head?  It's so serious and maudlin that I just don't get it.  Regardless, this film is full of the stuff people liked in the original film, just cheaper and less interesting the second time.  Now where did I leave my shovel?  Ohhh crap. 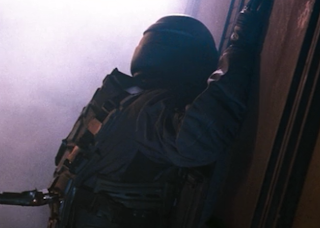 Next up, a crazy-ass film that I've been dying to review for a long time.  Will this film not live up to its ridiculous title?  Stay tuned...
Posted by Alec Pridgen at 10:11 PM