Has it been long enough for me to say bad things about this movie?  I hope so, because it's happening.  In all seriousness, I did avoid this film- and others like Fascination- due to the death of its Director- Jean Rollin.  My relationship with his films has been...iffy.  Zombie Lake and The Grapes of Death were goofy fun, but Living Dead Girl and The Nude Vampire were just too odd for my taste.  The issue has mainly been that his films are often experimental, vague and dream-like in their atmosphere.  I like that...to a point, but eventually I want to actually make sense of the story.  In all fairness, there is a market and fan-base for every kind of film, even shitty Troma films.  To be more clear, I have nothing personal against Jean Rollin, even after this one.  After reading the back-story on it (Rollin being sick and the film taking four years to actually get released), I understand more of it, but still don't like it.  Essentially, it's a French Ms. 45, although with the motivation behind the killings changed.  It also makes the motivation very vague and really feels like a series of scenes stuck together.  That's what 2 years in the Editing Room will do, I guess.  To find out more about this silly mess, read on... 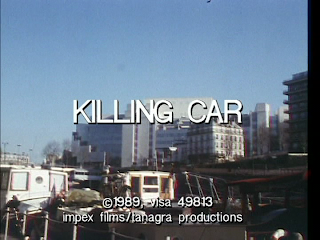 The movie begins with no set-up at all.  A lady shows up at a Car Lot and kills the Owner.  She chases down his girlfriend to kill her too. 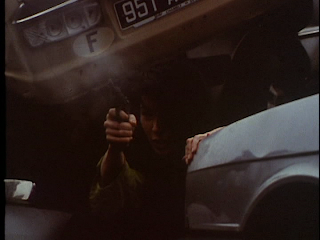 She does so.  If you liked this scene, you're in luck.  It's ALL the movie has in it. 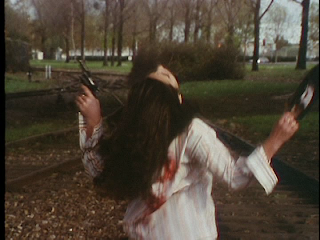 Don't believe me?  Well, these people get shot at (off-camera, naturally) and hide out in this house.  Guess what happens next. 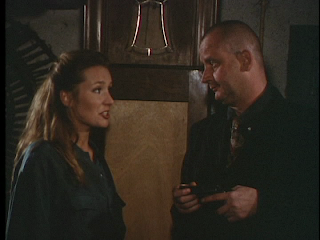 Yep- the lady kills them.  This is the whole movie, just in different locations.  This is more like Killing Car: The Series than a film! 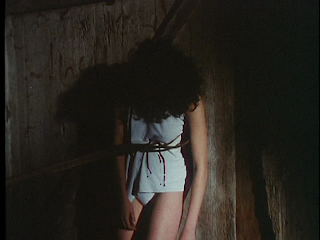 They try to mix it up with random bits of Nudity, but it's pretty clear that this movie is extremely one-note.  Let's wrap this up, shall we? 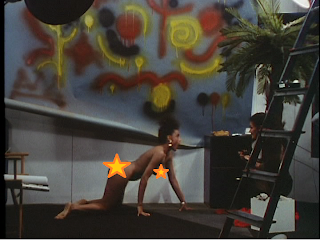 Our heroine/villain killed those people for some injured guy in a car.  Why?  Do you really care?  The End. 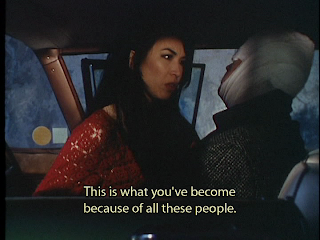 Same as it ever was.  Same as it ever was.  Same as it ever was.  Seriously, there is just no variety to this movie.  The leading lady goes somewhere, has to do something to blend in for a bit to bide her time and she subsequently kills her targets.  They attempt to disguise this by having different scenarios- she's a stranger, she's a model, etc.- but it's not exactly a good effort.  This film is just a shallow series of vignettes to highlight an up and coming actress.  What became of her, by the way?  Well, you might recall her starring in Killing Car and...this review.  Yeah, that's it.  It's nothing against her- I don't know her after all-, it's just a fact.  Even the guy who played 'Nuclear Man' in Superman IV at least did one other thing as an Actor.  All we're left with is this shallow, lazy excuse of a film.  I don't mean to attack the film of a dead person, but there's no other way to put it.  Sorry, Jean- you've done better.  Take us away, stars... 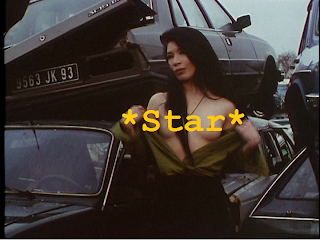 Up next, the artiest of art films.  If you like Meta Cinema gone horribly awry, this is the film for you!  Stay tuned...
Posted by Alec Pridgen at 10:16 PM