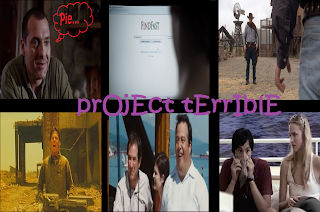 You tried to take me down at my own game?  Ha.  Today's film is the first of two films I'm doing courtesy of Bob over at Gaming Creatively.  He gave it to me because it looked boring and he thought that I couldn't write anything good about it.  First off, thanks for giving me the film that I can't write things about.  Sure makes my 'job' easier!  Secondly, I scoff at your logic.  I got three paragraphs out of Hobgoblins 2, so I can milk this film for all its worth.  This is a fairly-obscure- at least to me- Spanish film featuring one recognizable actor (again- to me) and Vincent Gallo.  His appearance is honestly the worst thing about this movie.  He's not that bad of an Actor here, mind you- he's just Vincent Gallo.  Naturally, he sticks around throughout the entire film!  To sum up how boring this movie really is (and have some fun with the movie's theme), I'm going to present this as my Diary Logs.  It will make sense (hopefully).  Come with me on my not-so-magical journey... 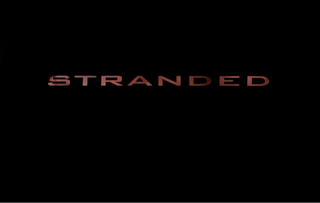 Hour 1: The film begins with a newscaster- who's English, ensuring an International release- talking to the Russian Captain.  Don't get used to him, he dies in the crash.  This Reporter also never shows up again. 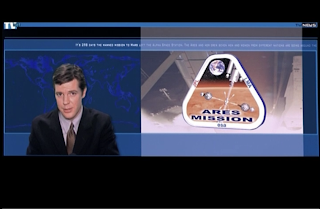 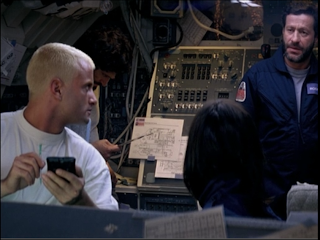 Hour 4: They're doing the same thing- now in a different room.  Vincent Gallo continues to be, well, Vincent Gallo.  He's supposed to be the voice of reason. 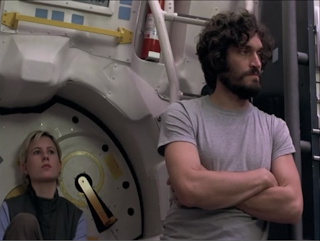 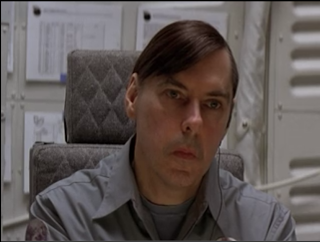 Hour 7: After bickering and random science talk, Gallo says that they can survive long enough to be rescued...or rather, two of them can.  Dun dun zzzzzzzzzzzzzzzzzzz.... 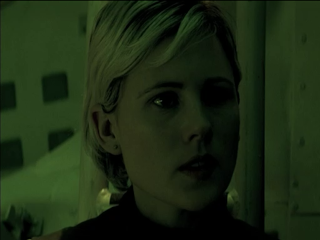 Hours 8-11: The three exiled Astronauts decide to just wander off in one direction until they run out of air.  Robinson Crusoe on Mars references help a bit, but this is pretty much just Gerry...in Space!!! 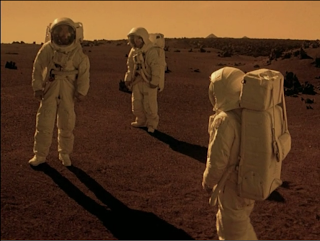 Hour 12: With the only interesting character dead, the other two keep wandering and find some alien wreckage.  What's that now?!?  Aliens.  Action.  Something interesting?!? 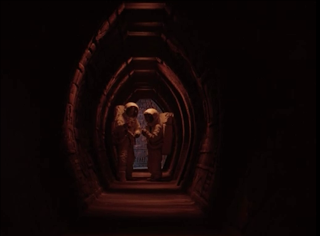 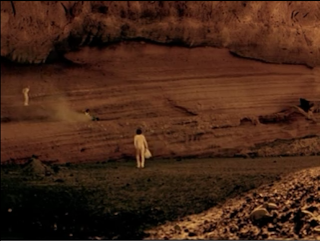 Thankfully, the film wasn't actually 12 and a half hours long!  Let me get this out of the way: the film is not made badly.  I was hoping for some actual effects, as opposed to over-edited shots, for the crash, but it's handled well-enough.  The problem with the film is the core concept.  The idea of people surviving in a wasteland/desert is not a bad one.  It's not even close to my favorite one, but I can live with it.  This premise writes them into a serious corner, however, as they have to either stay in the ship or walk slowly in space suits.  Take the boring nature of Gerry and transplant that into the back of a van.  Bad things can get worse, people!  Plus, Vincent Gallo.  To be fair...actually, screw that.  He's a jerk.  There's no 'but he can make good movie' excuse to give him- he's just a jerk.  I'm not even Roger Ebert's biggest fan- not even close-, but I choose him over Gallo in their stupid feud from years back.  His constant presence in the movie hurts it, much in the way that the random Johnny Ramone- without his trademark look- cameo does.  Is this movie Terrible?  No.  It's horribly-misguided and not for me, but I'd not call it Terrible.  If you want to see something that sounds Terrible, look up Gravity.  Moral Lesson of the Film... 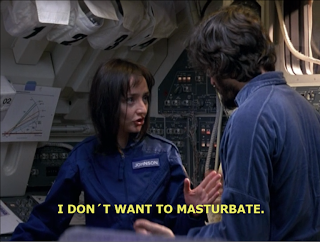 Next up, Maynard Morrisey dumps a low-budget horror film on me.  Do you have what it takes to be...Goth?  Stay tuned...
Posted by Alec Pridgen at 10:38 PM