It's Party Time in Mexico as a bunch of 'teens' party together in this 'Halloween' horror film.

Among the group is a girl who we always see drinking, but never having any lines.  You're important! 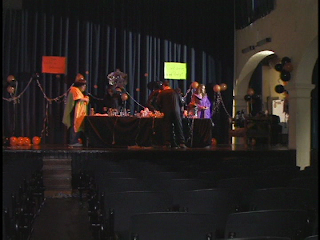 After a big chunk of the group has been killed and the rest run off, this girl wakes up for her drunken stupor and moves to a chair to sit down... 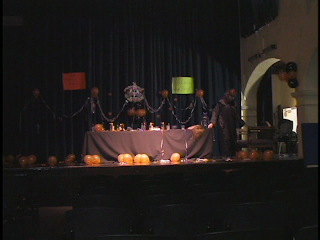 ...but the killer shows up and slits her throat!  That seems unnecessary! 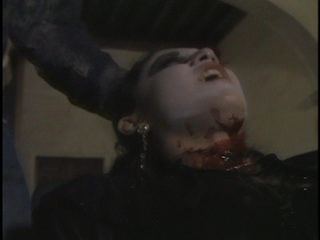 As if that wasn't bad enough, he then poses her body back where it was originally.  Why?  Just so she can be found to terrify the remaining cast. 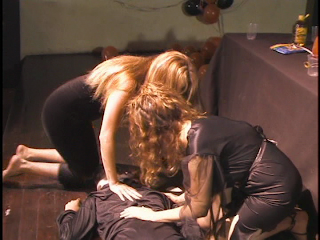 As we learn, this girl was met by our heroes at the Liquor Store (off-camera) and tagged along.  Her punishment: death!

As if that wasn't bad enough, she has no tangential connection to the killer's bizarre revenge scheme.

Up next, a cop learns that you should never drink a beer with a friend.  Oh look- an alien!  Stay tuned...
Posted by Alec Pridgen at 11:49 AM