When in America, do as the Danish do.  This film is by Daniel Myrick, one of the two Directors behind The Blair Witch Project.  It's only fitting then that I begin this two-part look at his work with a film that's actually a remake.  Seriously, this movie is a remake of a horror film from Denmark.  Wow- are we that devoid of ideas?  Considering that one weekend this year saw both a remake of Conan the Barbarian and Fright Night, that might be true.  The film is notable for starring a couple of people, mostly Amanda Seyfried.  Before she got famous over here for being in 6,001 films in a month, she was doing crap like this in 2007.  Shawn Ashmore is here too, proving that identical twins can star in twice as many shit films as any normal man.  As a bonus, the film takes place in my home state, which I'm sure translates well from Danish.  Prepare to be underwhelmed as we celebrate the... 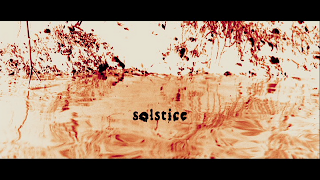 In a confusing narrative, our heroine is one of two twin sisters- ironic for a film starring a male twin- who is mourning the loss of, well, her other half.  Naturally, she goes on vacation to get over that.  Off to Alligator Alley... 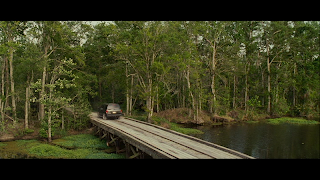 Her best friend is played by Seyfriend, here sporting some dark, red hair.  That's what you get for being in a supporting role! 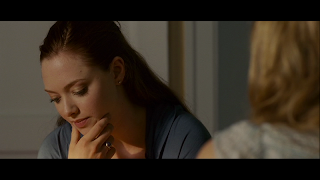 R. Lee Ermey is here as a local who acts really suspicious.  Is his last name Herring, first name Red?  Too subtle! 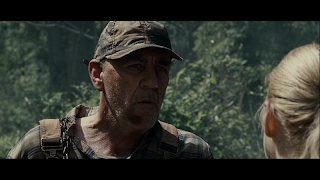 I'll spare you a play-by-play as the film meanders about for forty-plus minutes.  Does anything happen?  Aside from random ghosts and cars turning on, no.  Look away! 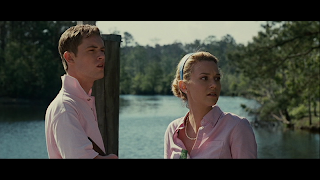 Fine- I'll talk about this movie more.  The local stud takes the group into a lake to do a ritual to talk to the ghost.  Nothing really happens, but something definitely could have.  On the plus side, it's not Witches of the Caribbean. 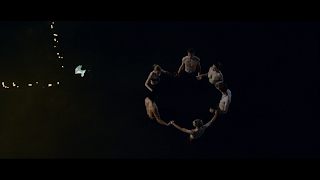 The movie takes a nice, long distraction by having our heroine break into Ermey's house, suspecting that he's up to something.  He's not.  Hey look- a ghost. 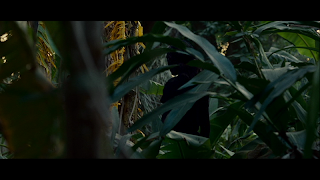 Want to know what this movie was building up to?  Do you really want to know?  SPOILERS below then...

About a year earlier, Ashmore and the twin ran over a girl in the town.  They covered it up, but the guilt drove the girl to suicide.  The ghost kills Ashmore and all is well...except for the dead people.  The End. 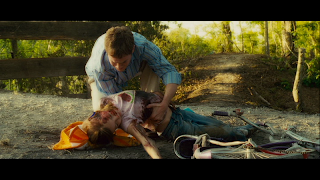 Thank God you only come four times a year!  The plot of this movie certainly sounds like it could be interesting.  Nice, good-looking people are haunted by a ghost- good.  Nice, good-looking people wander about while nothing happens- not so good.  This is not a terrible movie.  It is just a dull movie.  It is fine if you like this kind of stuff, but it did absolutely nothing for me.  On the plus side, it's not a rehash of Myrick's most famous work. 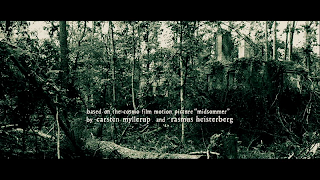 Next up, a rehash of Myrick's most famous work.  This time, it's in the desert and stuff actually happens.  Stay tuned...
Posted by Alec Pridgen at 7:20 PM