How many times can one book hurt us?  The book in question is Fair Game, a fairly-minor book in the grand scheme of things.  However, it has been adapted into a movie three different times, each under a different title!  First it was 1986's Cobra, which itself went through a complex change or two.  Essentially, Sylvester Stallone adapted the book into an action-comedy for Eddie Murphy.  When Murphy dropped out to make Beverly Hills Cop (thank God!), it was re-written as a dramatic vessel for, you guessed it, Stallone himself.  This led into Black Cobra, a film that was made in Italy, rips off the last movie and has a black guy in the lead (Fred Williamson), thus explaining the title.  He's never called that in the movie, nor is his name Cobra in any form, but it still counts...in Italy.  This leads us into 1995's Fair Game, the first film to actually keep the title.  The key thing to understand is that this film was built as a vessel for one person: Cindy Crawford.  Not content with being a Supermodel, she went into acting.  It went about as well as Alien in L.A. did.  To see how a lesser-Baldwin and a Supermodel can fail on a grand stage, read on... 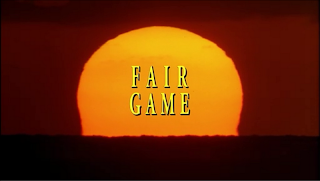 Cindy Crawford plays a Civil Attorney who gets shot at by someone while jogging.  We nearly got a Poor Bastards of Cinema here, but the nearby jogger wasn't hit. 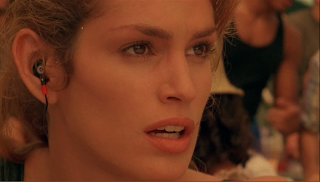 She meets up with Officer Kilpatrick (Billy Baldwin) who is having some relationship troubles with his ex-girlfriend.  She's played by Salma Hayek, who is only here for two scenes.  Why couldn't you be the lead?!? 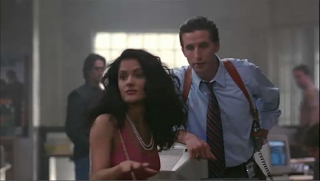 This man is the one trying to kill her.  He's an ex-KGB agent who is trying to stop her from claiming a boat in a civil suit, since it's part of his plans.  Just to note: the opening shooting is shown before she actually mentions the boat to opposing council.  Editing mistake or Criswell-style assassin- you decide! 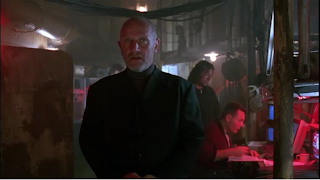 Despite blowing up her apartment with explosives, our heroine survives.  Amazingly, she is not cut to ribbons by flying glass.  Are you invulnerable? 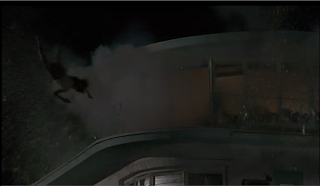 In a really dumb-ass move, our hero figures out that the villains are Russians...and tells them.  You realize how much of advantage you had, right?!? 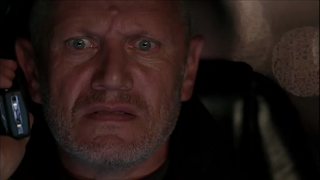 After numerous explosions and near-misses, the stress is getting to our two heroes.  They can barely act their way out of wet tissues, but that much I can tell.  Of course, you know what has to happen... 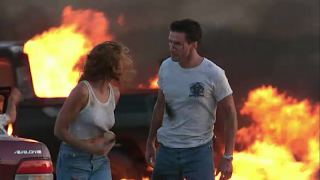 That's right- they have to sex in The Matrix.  Actually, this is the view via some sort of Thermal Vision Scanner, although I kind of question that.  Big finish time! 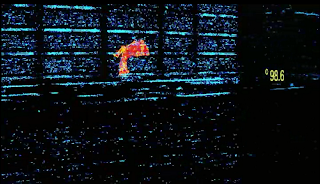 Our hero kills a bunch of Russians before having a showdown on a boat.  The whole thing was building up to this, so, naturally, it ends very quickly with a Self-Destruct Sequence being activated (Action Cliche #455) and our heroes jumping away from an explosion in front of the camera (Action Cliche #3,214).  All is well.  The End. 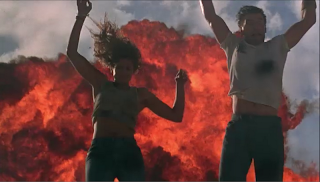 Stick to your K-Mart line, honey.  The plot of this film is simple enough.  Actually, it's really simple.  At times, however, it is overly-complicated...on the surface.  No matter what the scenario- i.e. the villain's impersonating FBI agents- it is still the same thing: the bad guy's trying to kill Crawford.  We get a series of set-piece action moments, including one in a Parking Garage- Hello, Pelican Brief- and one on the road.  The situations are very stock and you can pretty much see every event coming.  That's not to say that they're all bad, per se, just predictable.  It does get points for some neat tricks, like crashing a burning car into the bad guys.  It loses most of those points, however, for doing silly stunts for no reason.  The highlight: Crawford escapes onto a train, hoping to keep anyone else from getting involved.  Baldwin's solution: drive a car next to the speeding train and leap into the open side-door!  You had to work one more car explosion in, didn't you?!?  This film both suffers and benefits from this kind of mindset.  It's stupid as hell, but it's easy to laugh at too.  In other words: there are far worse films out there.  Take us away, Thermal view of someone peeing... 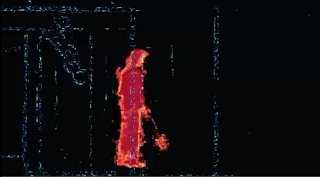 Next up, I wrap up the week with a film that combines Renny Harlin and Andrew 'Dice' Clay.  Hide your Woman's Rights advocates and koala puppets!  Stay tuned...
Posted by Alec Pridgen at 1:36 PM