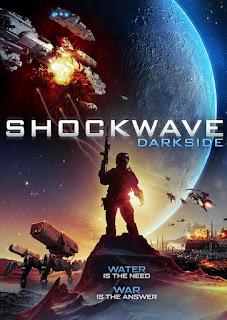 The Film opens with some exposition dumping (a solid 2 minutes of it!) that looks like it is out of one of those old CD Games.  Not the good ones like Wing Commander though. 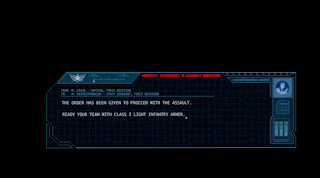 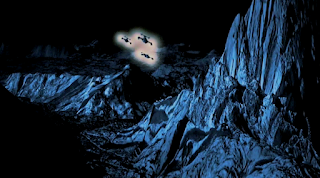 So here's the thing- the Film advertises that it was shot in 3-D.  I didn't watch it that way.

So stuff like this is less immersive and more annoying... 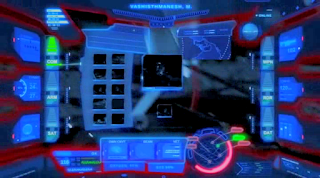 On top of that, the Space Suits are...well, look at these things. 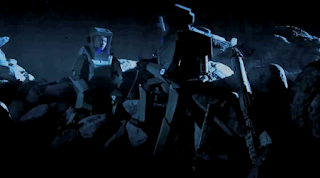 The Story- which mostly involves our Heroes walking around in the gray desert that is the Moon- is nothing special, so it doesn't help distract you from...well, more of this. 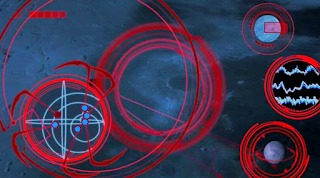 One of the worst kinds of bad movies.  There are bad Films that just aren't funny.  There are bad Films that are way too full of themselves.  There is Roller Gator.   In hindsight, maybe I should just avoid low-budget Sci-Fi for a while.  Recon 2023 wasn't good, that Halo Film was surprisingly-morbid and this one is just not fun.  It has all of the stuff that would make you think that it would be.  Intergalactic War, the Moon, lasers and all that.  It gives you a few good moments, but not nearly as many as you'd think.  It is mostly them walking, complaining and...well, complaining some more.  All the fun of a forced march through the desert!  I get it- you don't have alot of money.  Use it well and don't waste so much time with this kind of thing.  It isn't interesting.  Period.  Shockwave Darkside should be good, but it isn't.  Kind of like these Space Suits that make them look like Go-Bots... 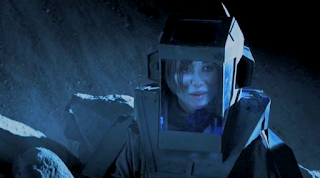