This is the shortest thing I've reviewed that wasn't a Segment on Twilight Zone.  World of Tomorrow is only 16 minutes long, but it is glorious.  From the crazy mind of Don Hertzfeldt comes this Short... 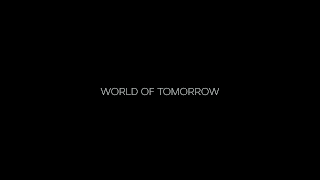 A young girl goes up to her TV Console.  What comes next is anything but what she expected... 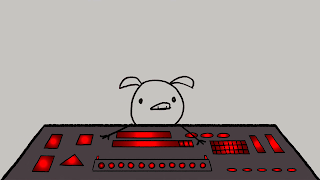 She is sent a message from the future.  It is from...herself.

To be honest, it is too complicated and too strange to explain and/or SPOIL here. 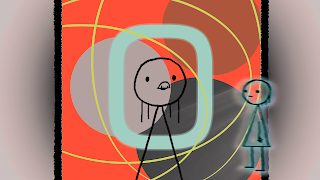 Her descendant tells her about life in the future.  Life is...complicated and freaky, let's just say that. 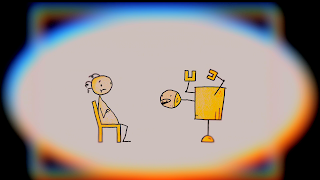 Will the girl's glimpse of the future end up being a positive one or not?  To find out, check this one out! 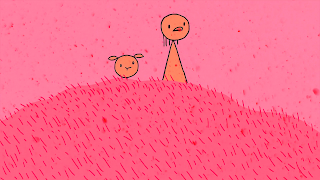 My kind of weird.  The Story is all sorts of bizarre.  It is a pretty simple one when you break it down, but who's complaining?  The Short is chock full of bizarre randomness and creativity.  Earlier works by the same Artist tended to play with the simple animation.  In this one, the basic animation as far as the character models is concerned is the same.  It is accented by all sorts of colors, patterns and designs to make it more palatable.  On top of that, the basic designs of the people allows for Hertzfeldt to show all kinds of dark, freaky things happening.  If they looked more like people, it would be super-disturbing!  It is still dark and trippy- don't get me wrong.  If you like dark, bizarre humor, this one is a can't miss.  If you're just into the Disney stuff, steer clear.  While many people may not know this Artist's name, World of Tomorrow shows why they should!  Was that a subtle enough plug? 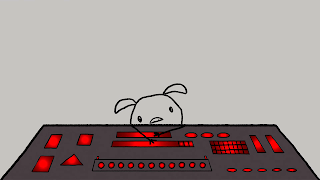