Another Saturday is here and we get to see how crazy things can get in... 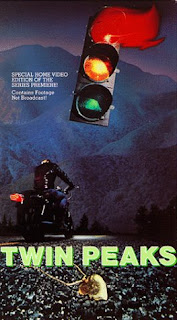 With the main Plot settled, where will the Series go now?  Let's just say that there is more crazy to come... 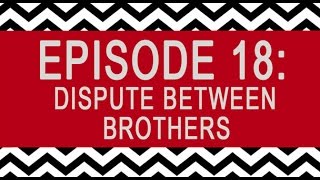 Important Stuff
- After some hijinks at Leland's Wake, we see that Cooper is ready to go.  He'll miss this place. 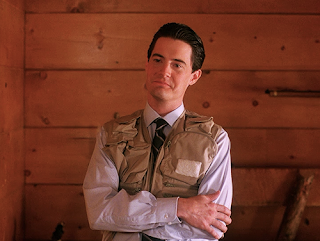 - Andy makes his big play to gain Lucy- play it cool and 'manly.'  It will probably work too...

- Not so fast, Cooper- Internal Affairs and the Mounties want to talk to you about your trips to Canada!  He's suspended, so the Series...I mean, the investigation, will go on.

In addition, the Mountie is corrupt and working for a bad guy. 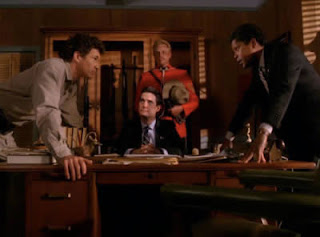 - The Food Critic B-Plot is settled with the mean Mom being the Critic.  Things get tense.

- Oh and Catherine reveals that she is back, plus Jocelyn too! 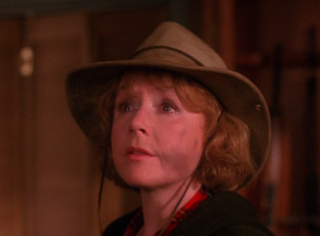 - Since he's stuck, Cooper goes night-fishing with the Major.  While espousing the appeal of outdoor urination, Cooper returns too late to see his friend disappear in a bright light! 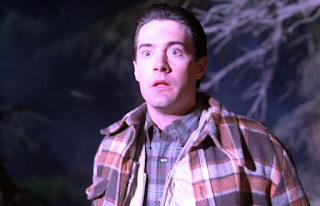 Say whaaa?!?
Theme(s)
The obvious Theme here is The Past.  Let's break it down, shall we?

- James tries to blackmail Ben Horne for past misdeeds.
- We hear a past tale of The Mayor and his Brother, still feuding after 50 years!
- Cooper reveals more about the 'Cleveland Incident' where he lost his love and Partner.
- Lucy's past dalliances are now making things really complicated. 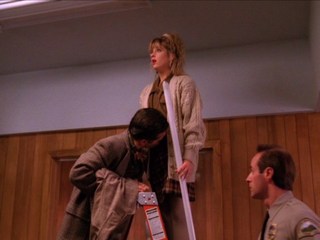 - Cooper's actions in the recent past at One-Eyed Jacks becomes key.  That is both officially (for IA) and personally (for Renault). 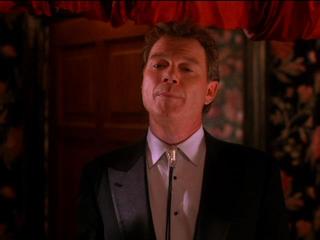 Damn Quebecois are always up to no good!

Weird Moment(s)
- At the wake, Nadine worries that boys can see up her skirt.  Later in the Episode, she tries out for the Cheerleading Squad and...throws a Male Cheerleader across the Field and into the Volleyball Net!

A new Start for insanity.  I was curious how well the Show would handle the transition from the bit Plot that set it all up.  Is there a Show left without Evil BOB and the murder investigation?  The answer: yes.  They did alot of hard work setting a bunch of bizarre little Plots in motion for just this exact situation.  As the Story's end approached, everything was working smoothly.  With the murder investigation over, we now have plenty still going on.  What happens with Ben Horne, Catherine and Jocelyn now?  How will the Nadine situation work out?  Will Renault get his revenge?  Will the Teen Detectives reunite?  What will happen with Lucy and her baby?  When will BOB rear his ugly head next?  Was that dude from Stargate: SG 1 just abducted by aliens?  All these questions and more will be answered...over twenty-years ago for most people.  As for me, I'll keep investigating at my own pace.  Take us away, fan-made Animal Crossing Mod for Twin Peaks... 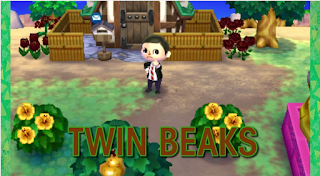