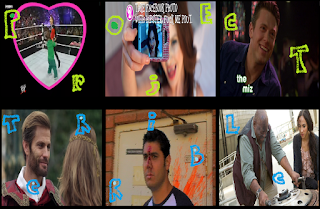 It may be the fault of the Distributors.  It may be the fault of the Film itself.  Regardless, this is just not a good, interesting Film.  Today's Film is Beyond, a 2014 Film that is either just boring, mismarketed or something that is good (for someone else).  Basically, this is sort of like if My Dinner With Andre took place after an Alien Attack, was more boring and was told out of order.  Still interested?  Really?  To put it another way, it is Generation Um.. after an off-screen Alien Attack and set in the Woods.  This one comes courtesy of Bob (who is co-opting my web space, but still not giving me nice Films).  Let's just get this one over with... 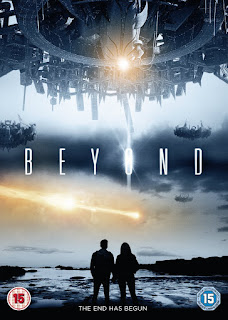 After seeing our hero fail to stop a Convenience Store Robbery (shades of Cobra), we see him and a lady out in the Woods.  Later, we see them meeting on their first date.

I blame you for this, Tarantino.  Your new Film better be really good... 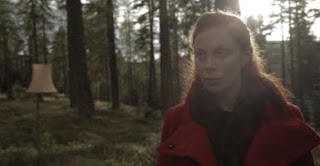 So, basically, the Earth gets attacked by Aliens (not shown) and these two people with personal problems try to find refuge in the Woods.  Even their British-ish accents can't save this one. 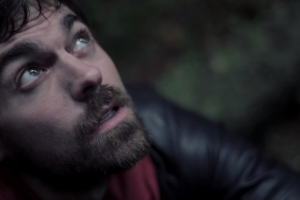 In my defense, I gave this meandering, out-of-order Story about annoying people forty-five minutes.  That must be a record, right?  The End. 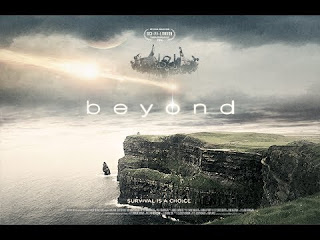 It is definitely not for me.  I didn't care about these people.  I didn't care about their situation.  All the publicity for the Film notes that one of the Stars of Under the Skin was in this one.  Yeah, that makes sense.  Pretentious, arty Film set in the UK and ostensibly Science-Fiction- yep!  That one obviously had a few things going for it that this one does not.  Mind you, I still didn't *like* Under the Skin all the same.  So yeah, I don't recommend this one.  That said, it is not a failure on a Technical Level, so it is not truly Terrible.  On the plus(ish) side, Google Images did tell me about a possibly-upcoming Film with a similar Title that should be good fodder for later... 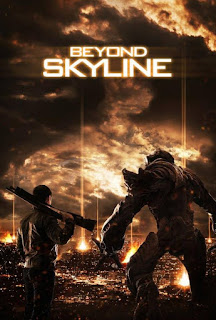