This is what happens when you ask The Internet to make your Film.  Today's Film is Zombieworld, a compilation of Short Films compiled by the folks over at Dread Central.  They said 'Make a Zombie Short Film and we may use it.'  Alot of them clearly did, so we have this random, hodgepodge of a Movie.  The whole thing is loosely-held together by a bunch of Vignettes of a Newscaster.  Hey look- it's Bill Oberst Jr.  Let me be honest: I saw him in the Trailer and went 'I guess I have to see this one.'  That's just how my mind works.  Was it a good call?  To find out, read on... 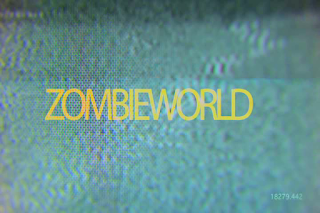 Bill here plays a Newscaster in the Zombie Apocalypse who gets bitten, but insists on keeping 'you' informed on what is happening.  He's here to sometimes throw the Segments, even if it doesn't make any sense. 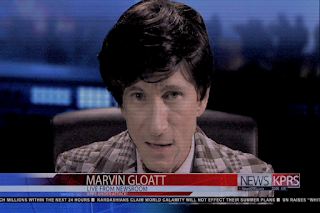 The *actual* open is a Cold one, with a First Person POV of a guy running from Zombies.  I won't SPOIL it all, but...well, Zombie Santa. 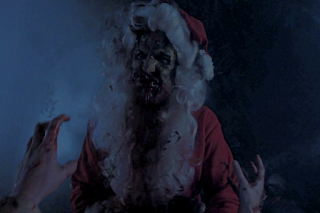 The first actual Segment thrown to is the best and most ridiculous one: Fist of Jesus!

Basically, Lazarus isn't revived properly, becomes a Zombie and makes a small Army for Jesus and Judas to fight.  Sacrilegious as hell (no pun intended), but also kind of awe-inspiring. 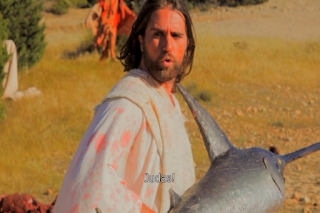 Probably the 2nd Best Segment is broken into 4 Parts throughout the Film and it tells you how to survive the Apocalypse.  Don't leave home without your bike seat. 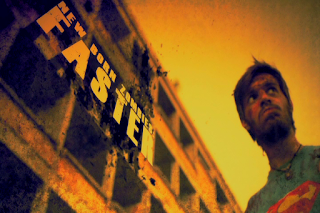 A less-inspired one involves a man playing almost-House of the Dead until he gets sucked into the Screen.  Not terrible, but nothing too special. 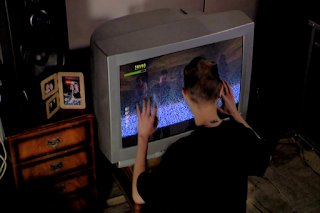 A surprisingly-good bit involves a Mailman, this eerie girl and some Zombies.  That kid Actress is quite good, but the Story feels a bit out of place in this Set. 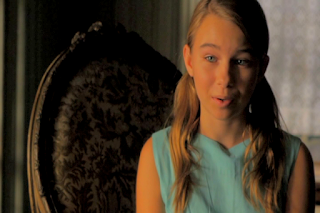 Naturally, there is a Found Footage bit.  It isn't bad- using CC TV Cameras- but the Style is more of a hinderance than a help. 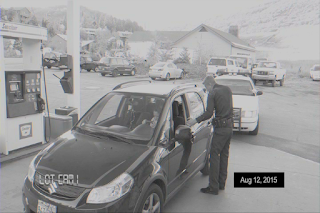 Rounding out the set, the people behind Fist of Jesus bring us a crazy tale of a man with anger issues picking the same beach to relax on that some Aqua Zombies decide to attack.  It gets really crazy!

I didn't cover all of the Segments, but where is the fun in that?  The End. 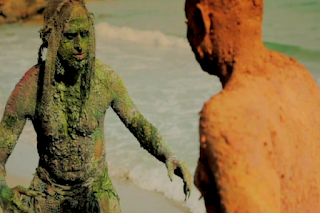 Not bad, not great overall.  The problem with any Anthology Film is that it has to be a sum of its parts.  If you have 2 good Parts and 4 bad Parts, the latter tends to win.  Likewise, if you have 2 good Parts and 1 bad part, it gets a pass.  In this case, the Film had about 8 or 9 parts to it.  That tends to be a problem.  The bits with Jesus and the Aqua Zombies by the same duo are bizarre, crazy and gory fun.  They both go on too long, but some of you may love the excess.  Bill Oberst Jr's parts are fine.  They are nice and simple, with the man himself playing the slow transformation quite well (aided by good make-up too).  The bit with the creepy girl- Certified- is well-done and silly, but, again, feels out of place with the Zombie Apocalypse Theme to me.  How to Survive a Zombie Apocalypse is a nice bit and works well spaced out through the Film.  Other parts- like The Bride or the 2 different POV ones- are good in spurts, but nothing special.  There's an interesting mix here which will either work or not for you.  One Film has Jesus killing Zombie Romans with a Swordfish one minute and a bit with a mopey Bride the next.  If this is just a Demo Reel for these people, good.  If you want a strong Film overall though, not so good.  Kind of like this poorly-disguised loss of an arm in one Segment... 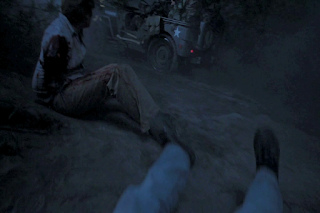 Next up, I review another Screener that promises to shock.  I've seen it all- right?  Stay tuned...
Posted by Alec Pridgen at 12:11 PM