Can you believe that we are this point again?  Cue the Banner... 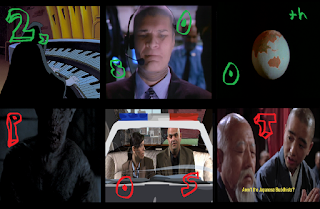 In lieu of a normal Review, let me do something different.  Let me talk about some truly bad Directors.  You may know some of them.  If you know all of them, I feel for you.  I feel your pain.

Some are dead, some are alive.  Some made 300 Films, some made 1 Film.  No matter what- the Films were bad.  Were they bad enough?

Who is the WORST?  That's going to always be up for debate.  Allow me to help out said Debate though... 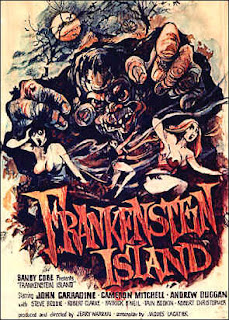 - Jerry Warren: A 'dark horse' for this one as his Films are less 'famously-bad.'  However, his Resume includes Teenage Zombies, Frankenstein Island and The Wild World of Batwoman.  He has 11 Credits, so that was just about 1/4 of his work!  As a bonus, he was a Producer, Writer and Editor on many of these, so he can't hide behind someone else's mistakes.

- Ted V. Mikels: The work of a man who has been plaguing us with shitty Films since the 1960s.  His Resume includes The Girl in the Gold Boots, The Doll Squad, Apartheid Slave-Women's Justice, The Corpse Grinders Films (all 3?!?) and the Astro-Zombies Films (all 4?!?).  Even better, he's spaced these out from 1963 to today!  He has just refused to let his stop suffering.

- Coleman Francis: MST3K Fans know this man well.  All 3 Films he Directed were on the Show- The Beast of Yucca Flats, The Skydivers and Red Zone Cuba (aka Night Train to Mundo Fine).  As a bonus, he wrote all 3, Acted in all 3 (one as the Lead), Produced 2 and Edited 1.  He was all over these works and it is hard to 'pass the buck' to anyone else here. 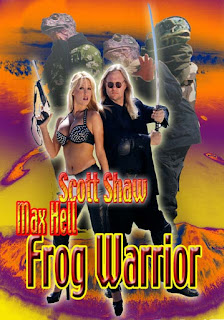 - Scott Shaw: I'm sure he's going to get all over me for this.  Mr. Shaw is the man behind 'Zen Filmmaking' aka 'Shooting Without a Script.'  His choice to make Films like this has made him amazingly-polarizing in the Film world.  Unlike Coleman, he has LOTS of Credits (65 Films that aren't Shorts).  How many people can name their favorite?  Put your hand down, Mr. Shaw.

- William 'One-Shot' Beaudine: This man must have more Credits than anyone (372 to be exact)!  The late Director was nicknamed 'One Shot' because he would shoot so fast and cheap that he'd only ever take one shot (in general).  His Horror/Thriller output shows that.  He's behind infamous cheapies Billy the Kid vs. Dracula and Jesse James Meets Frankenstein's Daughter.  As a bonus, he did 2 Films from the Sons of Kong set- The Ape Man and Bela Lugosi Meets A Brooklyn Gorilla.  Sorry again, Bela. 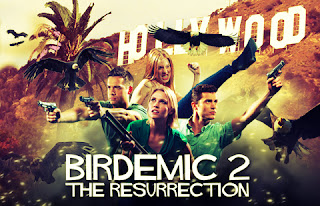 - James Nguyen: Julie & Jack.  Birdemic- Shock and Terror.  Birdemic 2.  Let me put it plainly: the man barely knows how to make Films.  He can't figure out some major things like Proper Lighting, Blocking, Sound Mixing, Sound Editing, Casting and Direction.  He also has about 3 ideas and keeps reusing them in some form.  Those ideas aren't really good.  He doesn't care.  We do.

- Tommy Wiseau: He's that guy who made The Room.  Any questions?

- Mark Hicks: He's another who makes the list for concentrated awful.  As far as IMDB is concerned, he made one Film- Actium Maximus: War of the Alien Dinosaurs.  It is terrible.  He is also the Writer, Cinematographer, Camera Operator, Sound Effects Editor, Composer, Special Effects Guy AND he Acts in it.  If he's made another Film, it would have to be Citizen Kane to make up for this...this garbage.  No offense. 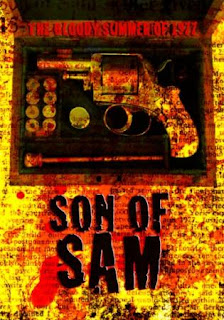 - Ulli Lommel: So many Films.  So many bad ones.  The sad thing is that the man behind a dozen Direct-to-DVD Serial Killer Films and The Boogeyman Films (the 80s ones, that is) started out so promising.  If he was just some guy who made shit, it would be less bad.  The man worked with Fassbinder!  What happened to you, man?!?

Before I hit upon the final, most obvious choice, let me hit you with some also-rans.. 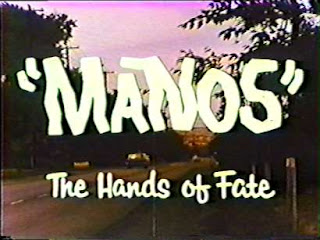 - Harold P. Warren: Manos- The Hands of Fate.  The Film is infamous.  The Film is awful.  Even the Title is kind of stupid.  An untrained guy just says 'Yeah, I can make a Film.'  He Wrote, Directed, Produced and Starred in this one.  He used a crappy Camera that couldn't record for more than 32 seconds and without Sound!  He hired a visibly-drugged-out guy to play 'Torgo.'  He used a middle-aged woman to dub over a little kid's voice. The Film was so bad that only 3 Crew Members ever worked in Film again!  There are no right choices on display here.  Not one. 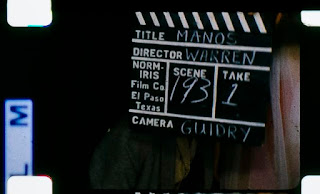 These are just some of the choices out there.  I'll leave the final decision up to you...
Posted by Alec Pridgen at 1:56 PM