Rare Flix: No Way Back

At long last, I finally said 'Eh, I'll watch this.'  Today's Film is No Way Back, a Film that nobody remembers...in spite of it Starring an Oscar Winner and a Superheroine.  Weird.  I should probably explain, right?  This 1996 Action Film Stars Russell Crowe in an early, pre-Oscar role as an FBI Agent who is totally American.  His Chicago accent is totally flawless, people!  When a mission goes awry, he ends up targeted by a criminal.  He'll have to do something really bad to save his Son...but can he go all the way?  The Film also features Helen Slater and Kelly Hu, back when she was still being killed by Jason Voorhees and not fighting Wolverine.  Good times?  Is this one that is best left forgotten or one that needs to be allowed to come back?  To find out, read on... 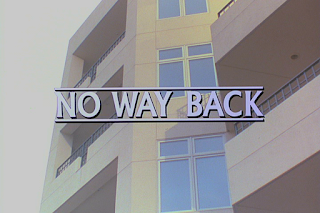 Crowe, an FBI Agent, sends a person (Hu) in undercover to get information on a White Supremacist.  An untrained non-Agent- what could go wrong?!? 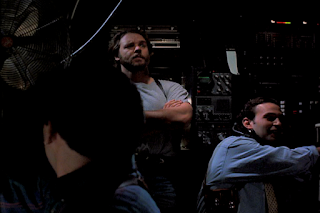 She ends up taking a gun and shooting people instead!  When Crowe gets up there, she jumps out of the window instead of answering why she did it.  As a bonus, she blows up the truck with a grenade! 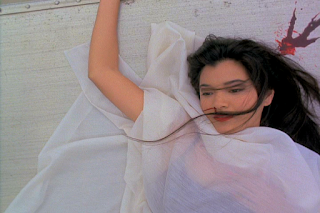 As it turns out, the White Supremacist is the son of a rich Gangster (Michael Lerner).  He kidnaps Crowe's Son and says that he has to turn over the Yakuza Boss he thinks is responsible for the killing.

Did you know that Lerner was once nominated for an Oscar?  I sure didn't! 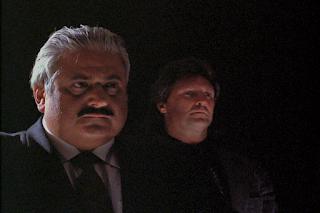 After ANOTHER Undercover Mission gone awry, he tries to fly the Yakuza Boss to meet with Lerner.  Sure- fly commercial with a criminal.  Driving would have been...um...less dramatic. 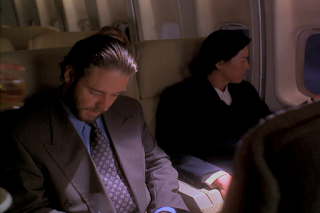 After the Yakuza Boss makes the plane land, him and a Stewardess held hostage (Helen Slater) escape.  This leads to a series of "He got away.  No, he didn't" bits.

Our poor Crowe is stuck between the FBI, the Gangsters, the Yakuza, his sense of guilt (since the Yakuza Boss may be innocent) and his sense of responsibility.  Oh the pressure! 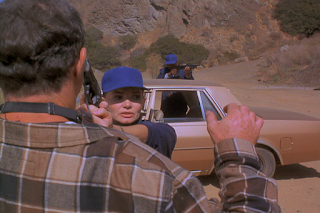 In true film fashion, Crowe and Slater are forced to bond.  She's optimistic and he's grumpy- they can't get along!  Naturally.

Oh and there's a Sub-Plot involving the explanation for where Crowe's Wife is.  Pass. 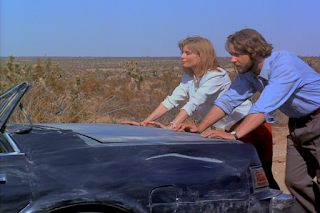 It all leads up to Crowe, the Yakuza Boss and Slater working to save Crowe's son. 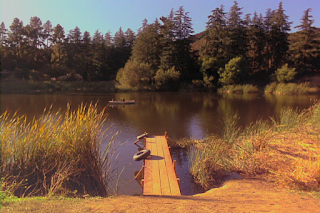 They manage to kill all the bad guys and save Crowe's son, although not without some gunshot wounds.  It comes with the territory, you know.  The End. 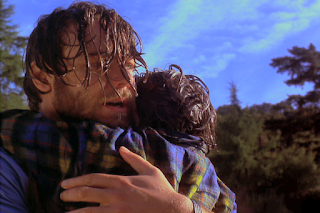 Not bad, but not great.  When a Film like this comes out, they are usually bad.  These only come out when a Star involved is suddenly alot more noticed.  That's how Films like Mazes & Monsters and Copper Mountain get DVD Releases.  This isn't nearly as bad as stuff like that.  Crowe does a fine job with his role, even if it is a bit one-note at times and his accent is...iffy.  Slater does a good job at being the high-strung Comedic Sidekick, but she can get a bit too broad at times.  It was obviously done for contrast...but it is done a bit too much at times.  She gets better as the Film goes on.  Everyone else does a good job here, so there's no real complaints.  The big problem: predictability.  The Film tries to mix things up, but pretty much runs on a standard track the whole time.  There are no real surprises for jaded Movie Viewers like myself.  If you aren't quite as bad/good as me, you may get more out of this.  Quality-wise, this is better than 'Film That is on Saturday Afternoon on Basic Cable,' but not as good as 'Film You Go Out of Your Way to See.'  It isn't great.  It isn't shit.  It is mostly just a simple, predictable time-filler.  Wait a second- does that Skinhead look familiar? 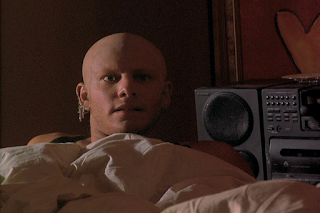