Courtesy of Maynard (and his titular Horror Movie Diary), here is something awful. 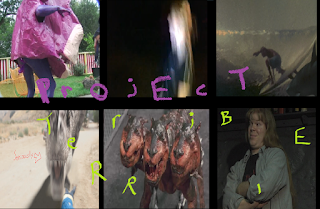 E.T. go home!  Seriously, just leave.  Thanks to the arrival of Steven Spielberg's friendly alien, a bunch of terrible Films came to be.  Nukie.  Mac & Me. Badi.  Thanks alot, jerk!  That leads to today's Film Homoti, a Turkish knock-off unrelated to the other Turkish knock-off (Badi).  This Film is most commonly known as Homo E.T.  I don't really know why.  There are many reasons for that, but I'll get to that later.  Here's what you need to know: this guy is hired to make up a Story about Aliens.  While he's doing that, a real one shows up.  Need I say more?  To find out more about this thing that has no right to exist, read on... 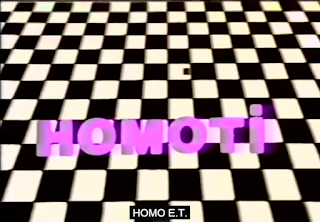 Our hero is a Tabloid Journalist who needs a Story.  In some lazy Exposition, we see him explain how people faked Stories about Monsters to sell Papers.  His spin has to be Aliens. 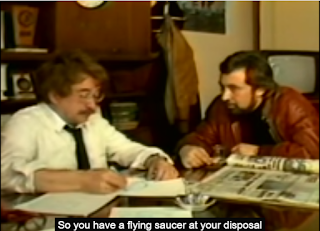 While out taking pictures for a fake Story, a real Alien shows up.  It...it hideous. 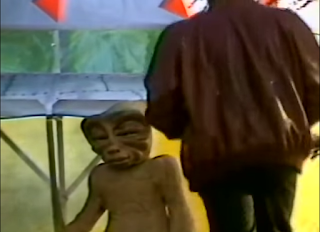 He talks to the Alien and they discuss such interesting things as Freedom of Speech and whether or not, the Alien can be interviewed officially.  It is all so...YAWN...interesting. 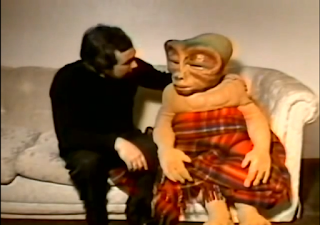 Now here's the problem for me: the Subtitles stop.

Seriously, whoever uploaded the one Copy of this on YT somehow only put Subtitles on for the first 10 minutes or so.  Huh?!? 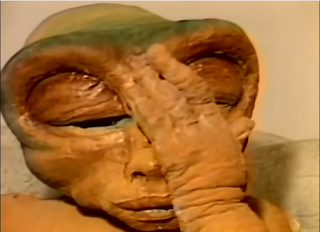 So I can't tell you much about the Plot of the rest of the Film, but it features this hideous, rubber creature, so...it isn't The Seventh Seal. 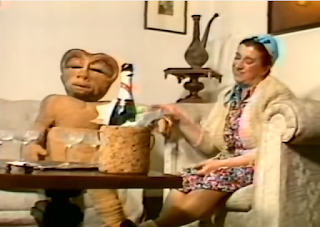 I apologize for not telling you more about this scintillating Film and I just have to leave you hanging.  The End. 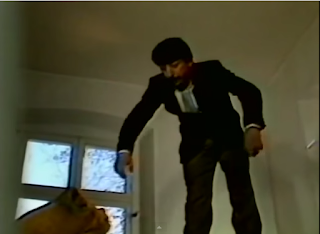 What the hell is this?  This...this is just bizarre.  I get the idea behind these kinds of Films and the stuff in India.  They just couldn't get the real thing and made their own.  It is the premise behind Be Kind Rewind!  Here's the thing: they don't have the skill to do this.  In Homoti's case, the suit is terrible.  It is awful.  In the first few minutes of seeing it, you can tell that the creature's 'body' is somehow disconnected from its legs.  You can see that its torso is just one piece of a suit.  Come on, guys!  Put a belt on the thing or something!  Aside from that, they manage to make the whole thing seem tedious.  I can't judge the Writing too much (since I can't decipher most of it), but it doesn't seem to rise above the rest of this.  I doubt that I missed any serious soliloquies or anything.  This is a cheap, ridiculous Film.  I doubt that Paul Rudd will ever make a running joke out of you.  Let's take one last look at this thing... 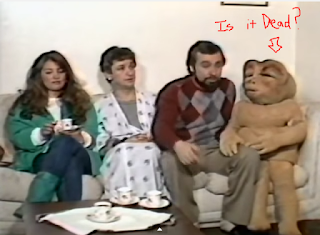 Next up, I cover one of two different Films to finish up my Project Terrible selections.  Either way, you are getting Aliens, so cheer up.  Stay tuned...
Posted by Alec Pridgen at 11:59 PM