This was not worth the 4 year wait.  Today's film is Evil Dead Trap 2, the sort-of Sequel to a unique film.  The original- if you forgot my review or haven't seen the film- is about a series of Snuff Films sent anonymously to a TV Station.  The Reporter goes to investigate, leading her to a Warehouse full of death traps.  The film is marred by a series of confusing Ending moments that...will not have any bearing on this Film at all.  Joy.  This film is about an unlikely lead- in all senses of the word- and her journey of...something.  Basically, alot of people die, a Mystic is involved and, naturally, we get a mysterious ghost child.  There is an explanation for all of this, but you have to put up with alot of confusing crap to get it.  It is worth noting that the man behind this film is Izo Hashimoto, most notable for Writing the film Akira.  Odd, right?  To find out why this film might just be so obscure (it randomly got sold to a Moviestop near me, if you must know), read on... 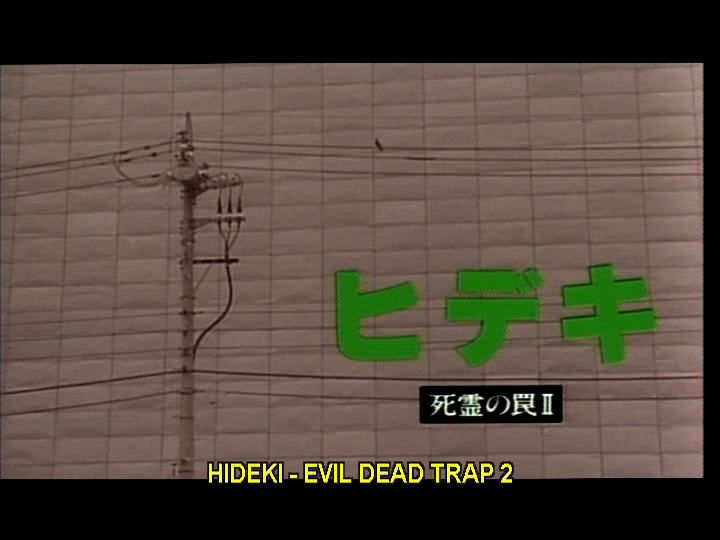 This is our lead.  She's has a, well, less than ideal body type and works a lonely job as  Film Projectionist.  Starting off strong, movie. 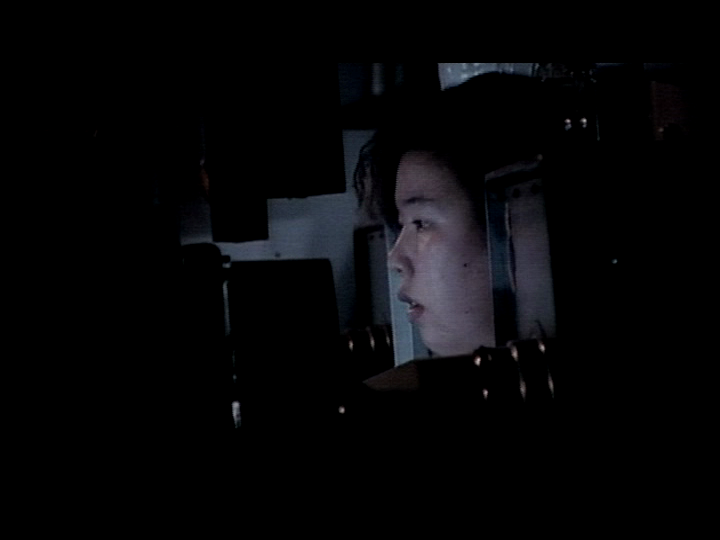 She has a self-obsessed friend (why are they friends again?) who introduces her to this cliche Businessman with no personality.  In spite of our lead blowing him off completely, he... 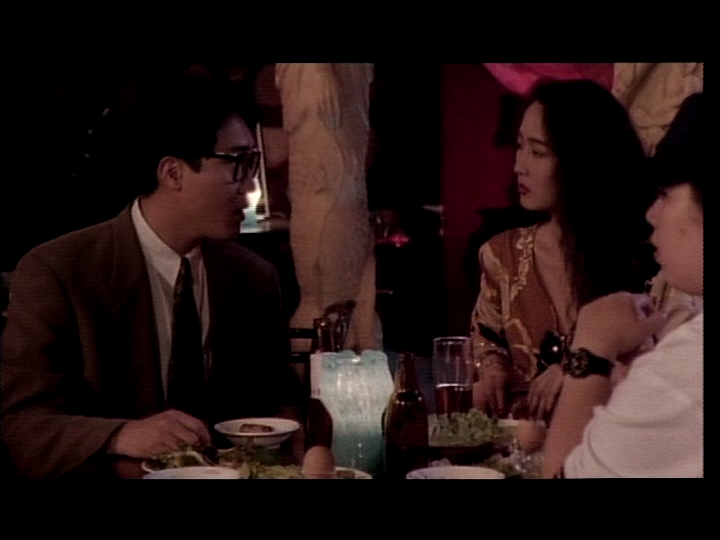 ...can't get enough of her.  In America, we call this Stalking. 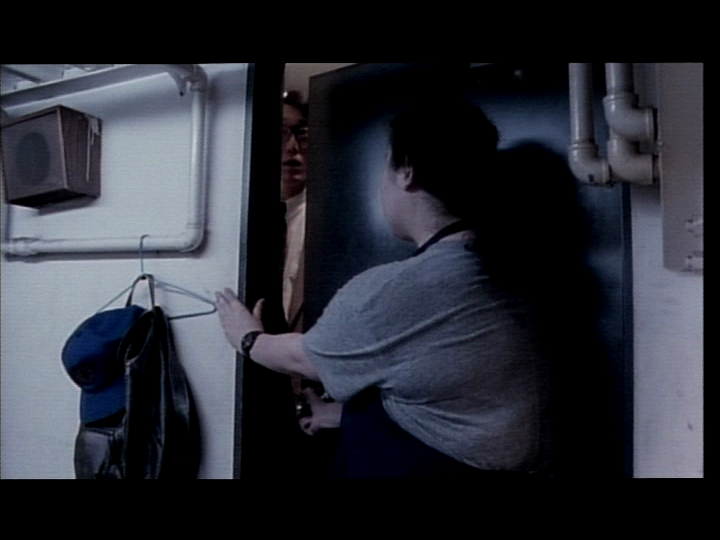 There is, of course, a huge catch to this one-sided relationship: our heroine sees visions of a small child and kills women in violent fashion.  Why?  How?  All will *sort of* be revealed in time. 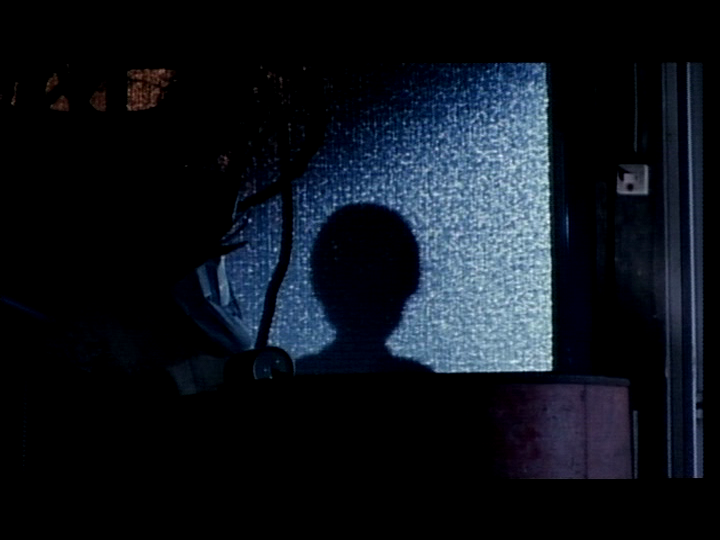 The only way that this is *kind of* related to Evil Dead Trap is that we have a lady Reporter.  That's it.

I kept waiting for a better reason- like she is the weird demon spawn from the second ending- but got none.  I guess there is another thematic similarity, but I'm stretching things. 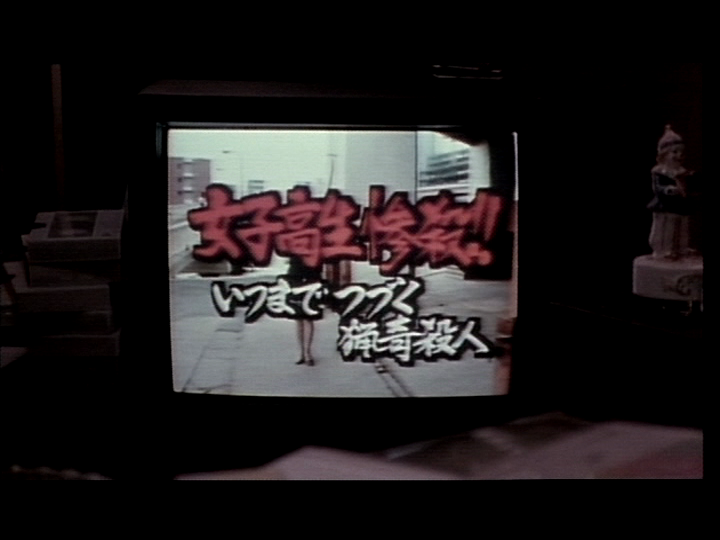 Our 'heroine' keeps killing people, but does eventually seek some spiritual help.  The woman is...less than happy when she visits her at a later date.

The short version: there is a strong and evil spirit about her/in her. 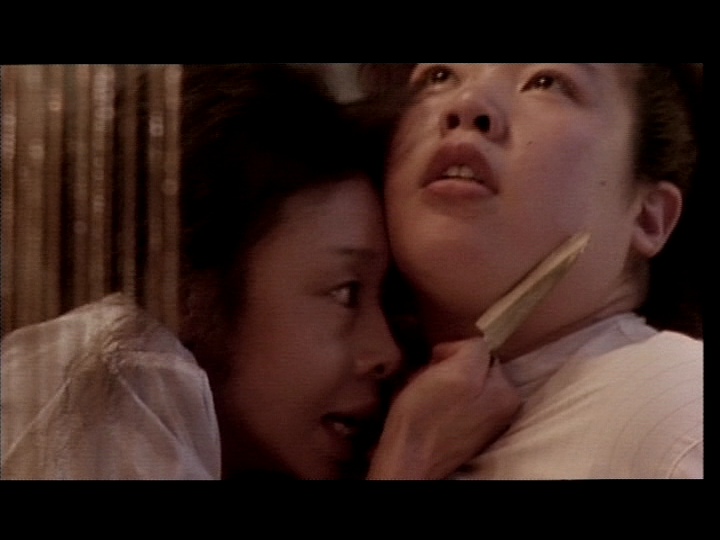 The best explanation: the spirit of the child that she aborted long ago is forcing its way into her and affecting others too.  This is *kind of* similar to the whole 'my in-born twin is controlling me' idea from the first Film.

The 'boyfriend,' for one, seems to be completely possessed by it in the film's most effective- if goofy- Scene. 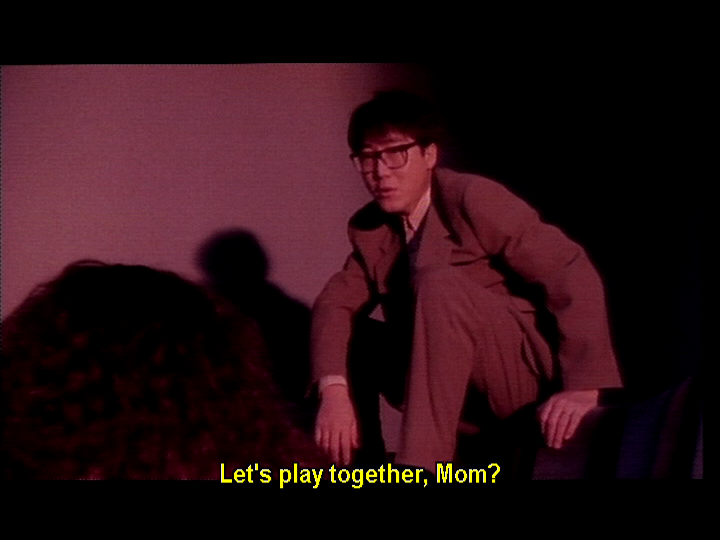 Speaking of goofy, a big chunk of the Third Act is built around Hideki (the lead) and the Reporter trying to kill each other.  Once- interesting.  Three times- overkill. 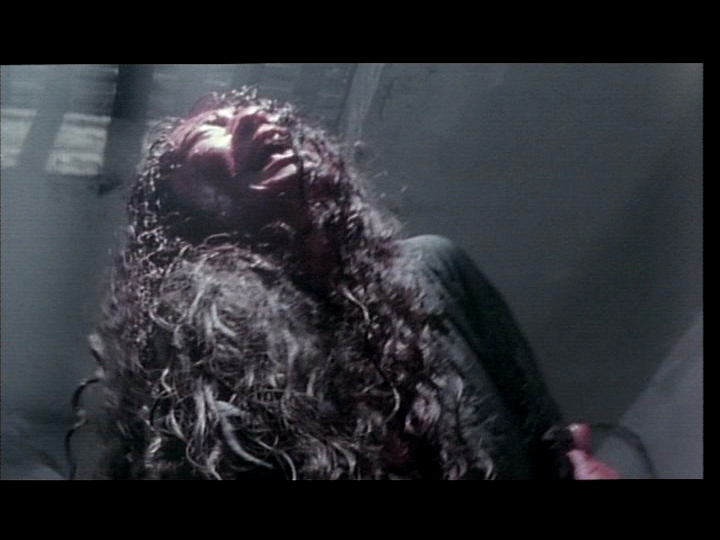 As far as I can tell, the film ends with Hideki having a final, mental break and ending up in an Asylum.  Good- that explains everything!  The End. 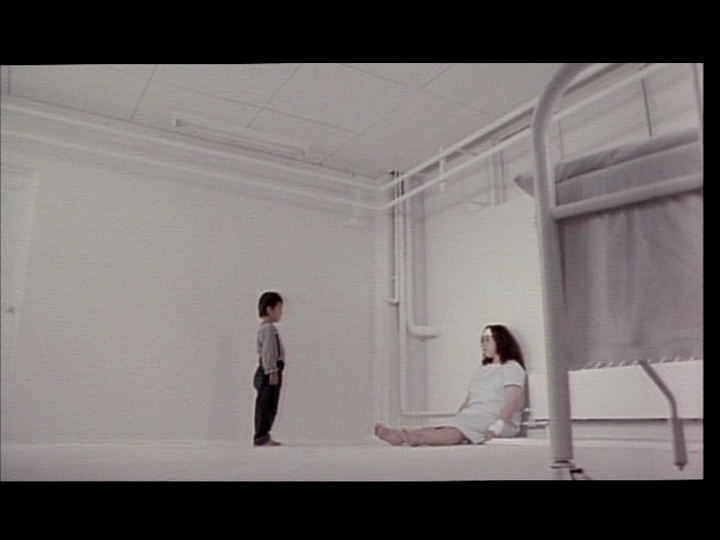 Wow, what a confusing mess.  Let me be clear: Evil Dead Trap was no Classic.  It is not a bad film looking back at it, but it is not great either.  It has neat moments, but it is confusing as a whole.  After waiting 4 years (it is still OOP on Netflix BTW) and spending $2.99 on it, I'm...a bit disappointed.  The biggest thing: I don't know what to make of it.  Is it a Murder Mystery?  Well, it has alot of the former, but none of the latter.  Is it a Horror Film?  I guess, but it is often too goofy for its own good.  The film has a very weird sense of identity, that's for damn sure!  It is too confusing and gory for the casual fan.  It is a bit too odd and arty for most Horror Fans.  So who is it for?  If you like blood and guts with no good explanation for it, I recommend this.  If you like to hear Asian ladies screaming and scratching each other, I recommend this.  If you like Sequels that aren't Sequels in any way, shape or form, I recommend this.  For anyone else, it is a strange mess that some of you may like and others may not care for.  Take us away, funny-looking Mystic... 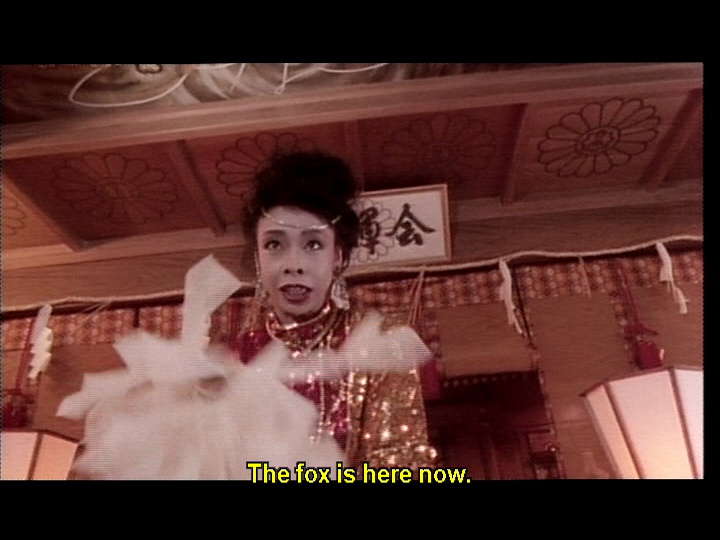 Next up, let's look at a different part of Asia for a film that I had to watch on a deadline.  It is a German Folk Tale filtered through an American TV Show and produced in South Korea.  Stay tuned...
Posted by Alec Pridgen at 11:39 PM