Strange things happen when you take control from me.  As a thought experiment, I let my roommate pick a random film from my Instant Queue that he wanted me to watch/review.  He chose Berserker: Hell's Warrior, since, well, it has weird cover art.  I've watched movies for dumber reasons, so why not?  So what is this odd-looking film that has lingered about my Queue for a couple of months?  It's a tale of Vikings, so that could be timely for me.  Hey people who watch Vikings- I have a website.  While I wait for a flurry of new readers, I'll explain more.  The film is entrenched in Viking lore.  I mean, look at that Longboat below!  In all seriousness, this film gets a little weird as the First Act ends.  Plus, it stars Craig Sheffer aka one of those guys who keeps showing up in my movies every 8 months or so.  What is it about him that makes his weird film choices sync up so well with my weird film choices to watch?  To find out just how odd this little film can get, read on... 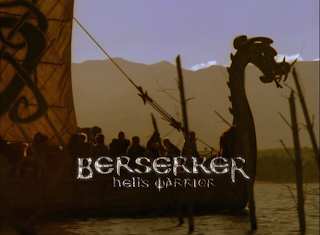 A group of Vikings seeks an ally that is a bit unorthodox.  The Leader's son is his Second-in-Command, while his other son is... 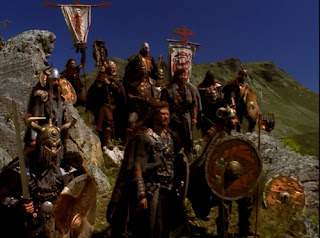 ...the titular Berserker- Sheffer.  He agrees to help form a major army to conquer the world for the Vikings...in exchange for his brother's soul. 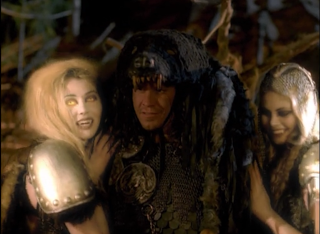 The father betrays his Berserker son, however, and tries to kill him.  The brother calls on Odin, but the All-Father is thwarted by a Witch biting the good son.  As my friend said 'Why are there Vampires?'

After that, we jump to...the present.  Why does this feel familiar? 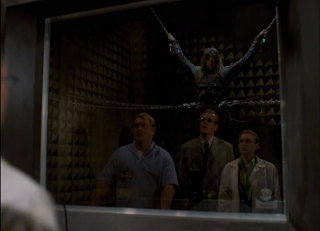 Oh right- Warrior from the past.  Flashbacks to his past.  Sword fight against an evil guy from his past.  This is Highlander!

You want to be lazy and rip-off Highlander, movie?  If you're going to be that way, I'll be lazy too.  Here's the Blu-Ray box art from, let's just call it Asia... 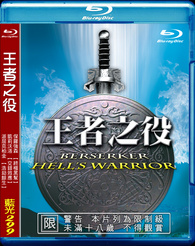 Here's some more Foreign box art.  Wow, this is easy! 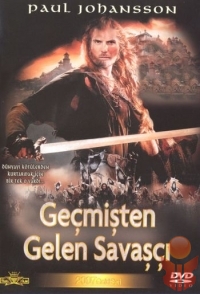 Let's wrap things up with some German DVD art.  It all ends with a sword fight (gasp!) and a weird twist ending that amounts to very little.  The End. 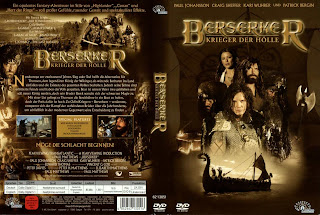 There's not much to see here, honestly.  In 2005, we got the last of the Highlander films (until the inevitable Remake starring Zac Efron *shiver*).  In 2004, we got this bizarre rip-off with Vikings.  I always thought that Highlander was missing Vikings.  Oh and in case Vikings do show up in the TV Series, I wasn't allowed to watch it as a kid, so I couldn't possibly know that.  Thanks in advance.  So yeah, this is a pretty basic rip-off, just with a bit more mysticism- thanks, Odin- and a change of locales.  It lacks a lot of the interesting intangibles that the good Highlander films had, especially Lambert.  If they could have gotten Lambert in place of...whoever the lead was here, I might have cared a bit more.  The film is not bad.  The film is not that good.  The film is some sort of middle ground between the two things.  I think it is best summed by this Lambert expression (which I can't actually sum up)... 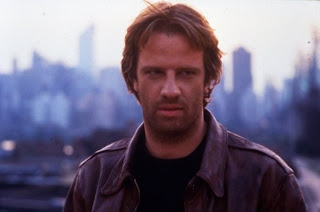 Next up, Project Terrible starts with an absolute (not Absolut) piece of shit.  It has Meat, Weed and some guy's dick.  Stay tuned...
Posted by Alec Pridgen at 1:32 AM