Will I finally watch a more balanced Bollywood film?  My experience with them has been pretty mixed, honestly.  There was utter crap like Agyaat, silly fluff like Dhoom/Dhoom 2, a weird one in Mahakaal: The Monster, whatever Veerana was and the dull mess that was Naina.  So what is R.A. One about?  As I said in my Teaser, its plot is an odd mix of The Matrix, Virtuosity, Iron Man and a bunch of other things.  It will all make sense- kind of.  A Video Game Designer makes a brand new villain- R.A. One- and a hero- G.One.  The former's AI evolves to the point where it can come to life and it comes for revenge...against a little boy.  It's silly, I'll grant you that.  The film is chock full of Action, Special Effects and, of course, superfluous dance numbers.  It wouldn't be a Bollywood film without it, right?  I kid, I kid.  This film sounded like a hoot- I say that not ironically- and it just may have delivered.  To find out, read on... A muscular Indian hero drives around a crazy, CG background to battle a guy who appears to be an Indian Tom Sizemore. 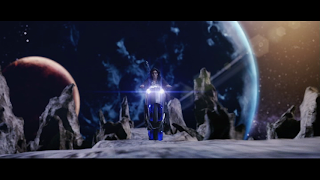 As it turns out, this is just the elaborate daydream of our hero's son.  He's a Programmer and decides to program a new game based on what his son likes.  His likes: an unbeatable villain and...well, that's it. 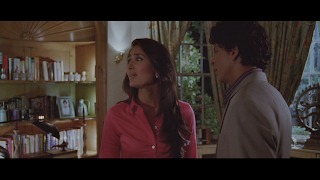 To that end, they create a game based around R.A. One.  The game is implausible as a real one, since it's apparently played by doing real Karate and flipping in a Motion Capture Suit.  That's even sillier thana Kinect!

Oh and the design of R.A. One is very similar to the hero/villain from Prototype.  I'm just saying. 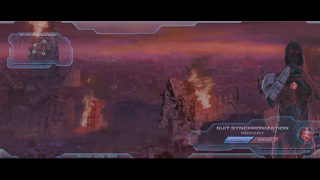 The film has to be about 150 minutes long, so let's keep stopping the plot for long, intricate dance numbers.  Yeah, there are five of them here. 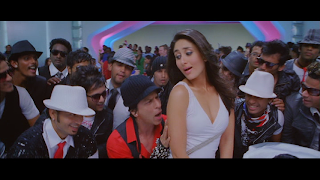 R.A. One comes to life- don't ask me how- and kills our hero, who tries to protect his son.  Seriously, it's a Dance Scene, Action Scene and Dramatic Death Scene.  Schizophrenia sure is fun, huh? 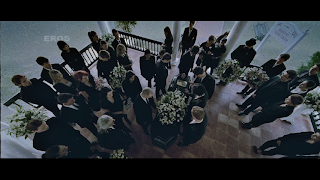 If you missed our lead, don't worry- he's back.  Now he's G.One- brought to life to protect the son.  Both robotic creations are powered by HARTs, which look like Iron Man's cores.  Lazy prop design ahoy! 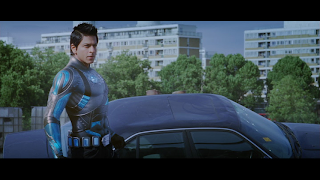 After a lot of comedy filler- including a wacky Uncle, a pointless fight in a Car Lot and a romance segment with G.One 'thrusting his pelvis'-, R.A.One regenerates to defeat G.One.

You see, he didn't have his HART in when he was blown up, so he couldn't die.  Why G.One didn't PUT IT IN before blowing him up is anyone's guess. 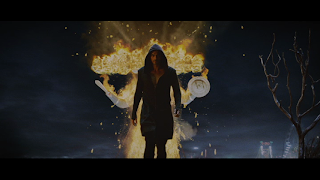 After another Dance number (big shock), we get a crazy chase/action scene involving G.One and a train.  It's actually kind of cool, even if it is a comedic Terminator rip-off doing it all. 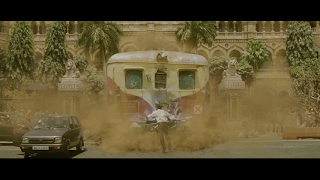 Naturally, the finale of the film involves G.One and R.A.One fighting.  The climax is a bit silly, but I won't SPOIL it here.  Good action, but silly plot.  The End. 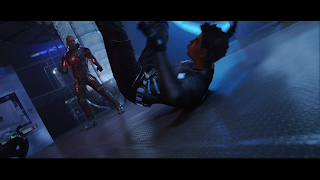 It's mostly what I expected, to be honest.  The film is much more about action than comedy, but it certainly has a lot of both.  The movie is chock full of comedy and it's broader than the fattest of whatever group of people you don't like.  You've got to make the humor work for everyone, you know?  Anyhow, the film has a lot of everything, which is both good and bad.  On one hand, it gives you a lot of everything.  You like action- they've got it.  You like broad comedy- it's here.  You like dancing- there's a lot of it here.  On the other hand, it's such a big gumbo of film aspects.  If you hate the broad comedy- it's here.  If you prefer the comedy over the action- they've got it.  You get the idea, I think.  The film is so random and crazy that it kind of works.  For most people though, it's a loud and silly mess.  If you can accept the long run-time, the hodgepodge film-making and random musical numbers, this one is fun.  If you can't, well, just avoid Bollywood films in general.  Take us away, Silliest Special Feature ever... 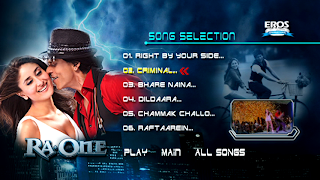 Next up, I review a random film selected for me by a friend.  Will the Berserker be worth my interest or prove that my ignoring of it prove validated.  Stay tuned...
Posted by Alec Pridgen at 11:56 PM

Email ThisBlogThis!Share to TwitterShare to FacebookShare to Pinterest
Labels: Bollywood