Nobody is howling about this movie!  The Howling is a great movie, but every other film has been terrible or at least disappointing in some way.  Is it because of the terrible scripts?  Is it because of the choice of Phillipe Moira to do Part 2 and 3?  Is it because they excised the word 'The' from the title for the sequels?  Regardless, there have been seven of them now with the new film- The Howling Reborn- so let's keep going with this look at them.  It certainly helps that I found a DVD for $3 that contains Howling V and Howling VI, both of which are OOP on Netflix- along with 4 and 7.  This film is notable for ignoring all of the previous films, although certain things will seem familiar to those of us who have seen Howling II.  The plot is a serious mess and the lack of a budget really hurts things here.  It leads to the film missing the one key thing that literally every other Werewolf film I know of has in it.  What is that?  Well, to find out, read on... 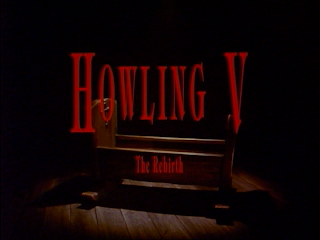 The first sign of crap is that the film claims to be based on 'The Howling' books.  That is, of course, total bullshit.  Are werewolves in the books and this film?  Yes.  That's pretty much it though. 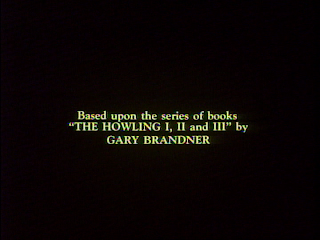 The film opens in 1489 in a Castle full of dead people.  The last two kill themselves to end a cursed family line, only to find out that a baby still lives.  Oops. 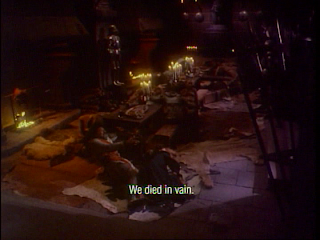 500 years later, the Castle is being re-opened for the first time and 8 random people are invited to visit.  One of them, a man I call 'Not Reb Brown.'  This and the Castle are the film's only links to a Howling film- that being Howling II. 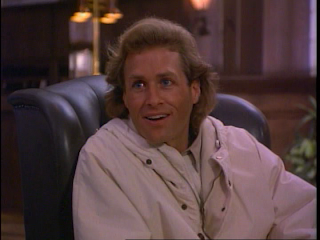 Anyhow, the folks proceed to wander around the Castle, which The Count has no problems with.  I mention that because it will seem really stupid later. 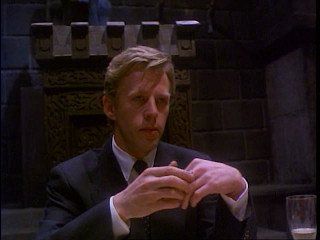 A snowstorm breaks out, trapping the folks in the Castle.  However, The Count knew about this.  What was his plan?  You'll see. 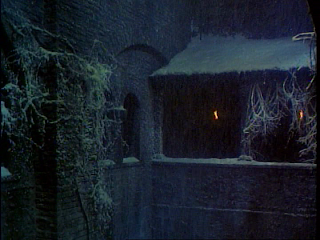 When some of them go missing, the group gets back together to wander around some passages under the Castle.  This is truly the film's 'Sewer Level,' as it only serves to pad out the film. 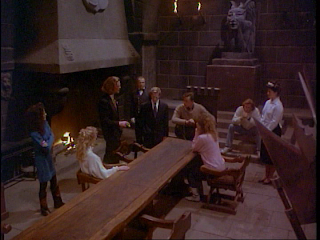 Unlike a lot of Werewolf films, this one is not keen on showing you, well, anything.  For example, this early kill takes place in approximately three seconds through a crack in the wall.  Enjoy your nothing, folks! 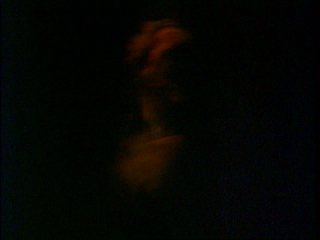 Other folks like 'Not Reb Brown' die in silly ways.  He runs into a room, closes the door and turns around...only to be grabbed by the Werewolf from behind.  How did he not see that?!?

By the way, all of these people are related.  How?  Who cares?!? 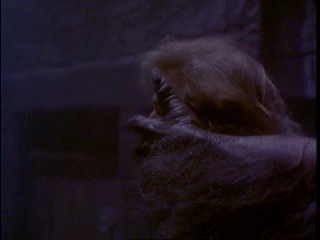 All of this revolves around a plot that's simple- who is the Werewolf?  While not only a rip-off of The Beast Must Die, it is highly-disappointing.  The Count says that the most 'innocent-looking' person must be it, so he ignores the dumb girl the whole time.  Big shock- she's the Werewolf.  The End. 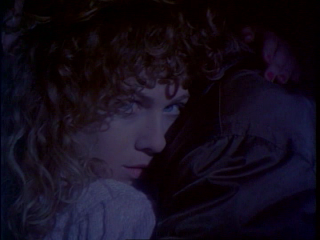 Five time, five time, five time, five time, five time- terrible!  The plot of this movie is just plain stupid.  The movie just plain sucks.  The whole thing revolves around a silly idea: all 9 of these random people are related. Are you kidding me?  One of the men is Australian, another is French, The Count is Transylvanian and three of the people are American.  Granted, they are supposed to be related due to 500 years of lost family lineage, but that's still pretty inconceivable.  Did this baby grow up, marry someone and have kids that went all over the World?  Oh yeah, they all have the same birthmark, since that hereditary trait would last for 500 years of cross-breeding!  Aside from that, the plot has one other big mark against- no real Werewolf action.  Let's take a quick look at some bad Werewolf movies for comparison.  Werewolf (aka Arizona Werewolf) has numerous attacks.  War Wolves has some action in it.  Howling II has a bunch of it, plus another kind of 'Werewolf action.'  This film has approximately two to three minutes of creature shots in it, most of which consist of an arm or a quick moving face.  This makes me yearn for the constant monsters presence of Cloverfield!  This movie is just a giant tease for something that never, ever comes.  We don't even get the 'Werewolf eye/teeth' ending like a lot of cheap films- and Thriller- do.  More than any so far, this Howling sequel sucks! 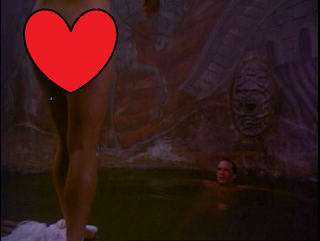 Next up, the other Howling film on my DVD gets reviewed.  Can Bruce Payne and a 'Snake Man' redeem this series?  Stay tuned...
Posted by Alec Pridgen at 6:00 PM

Email ThisBlogThis!Share to TwitterShare to FacebookShare to Pinterest
Labels: the howling, werewolves