Actium Maximus was really awful.  Manborg was really good.  Somewhere between those two is this Film... 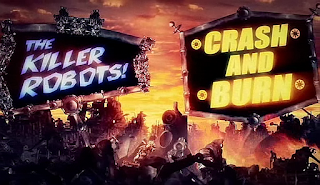 In a dark, possible future, killer Robots and Androids fight for no good reason.  Carnage! 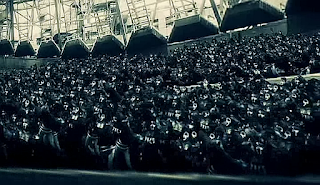 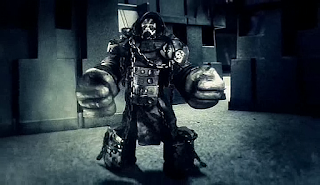 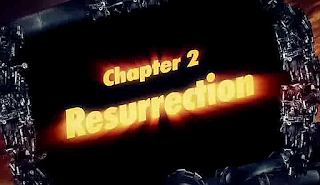 This Zordon guy recruits for a new mission: destroy some Super Computer with a Punch Card Virus.

It's funny because...those existed once? 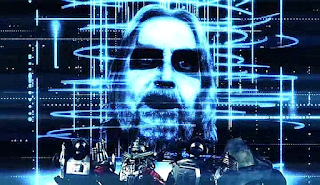 Can this motley crew of Androids save the day?  Can they stop moving in odd, intentionally-jerky motion? 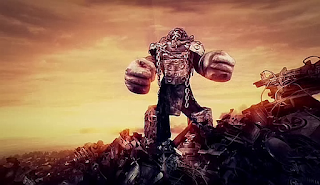 Something tells me that this guy- plus an endless supply of Killer Robots- won't let them.  To find out who wins, watch the Film. 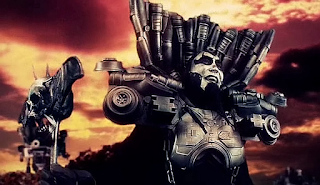 Fun at first, like that loud girl at the Party who is a little drunk.  After a while, however, the Film kind of reaches the point where you're over it- just like said girl at the Party.  You're not funny anymore, Christie!  Stop ruining 'Time After Time' for all of us!  Where was I?  Oh, right.  Crash and Burn has a unique look and feel.  I kind of dug it at first, as it reminded me of stuff like Manborg and Kung Fury.  Those Films, however, have more of a variety of crazy visuals to keep you interested.  After a while, this is mostly just the same group running around awkwardly and shooting.  People clearly put a lot of work into the Film's mix of real and CG visuals.  A speaker front as a parachute- why not?  For some of you, the buzz will never wear off.  For me, I liked it for about an hour or so.  Kudos for making your crazy-ass Movie about Robots, but maybe give me a Plot worth filling out nearly 2 hours next time.  I'm just saying... 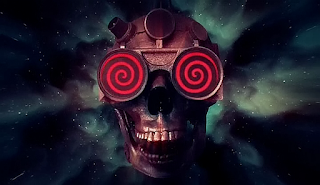 Good, crazy fun...to a point.  If this was a shorter Film like Kung Fury, it would be much better!
Posted by Alec Pridgen at 11:52 PM

Email ThisBlogThis!Share to TwitterShare to FacebookShare to Pinterest
Labels: 2016, robots