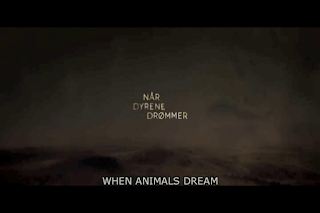 In a small Town in Denmark, this young woman is being tested by a Doctor for genetic issues that her mother has. 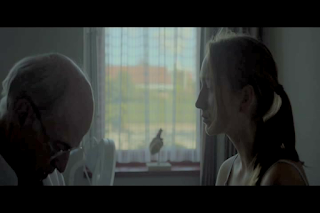 To help pay for her bills, she gets a job working with Herring.  To say that the atmosphere is not generally-friendly would be an understatement. 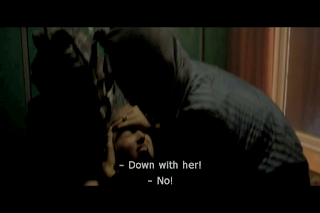 She does find one guy who's nice to her and makes her happy.  Can it last? 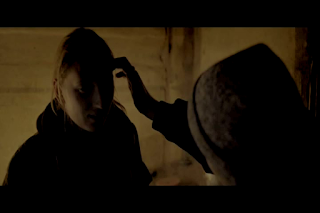 As things in her life change, so does her condition.  What exactly is happening to her? 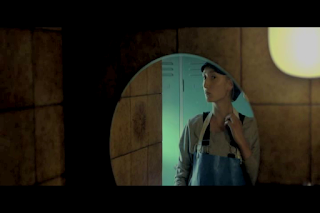 Will her Father's concern be enough to help keep her (and everyone else safe)? 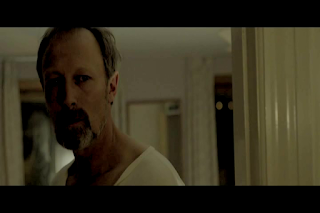 Or will the young lady's malady prove to be too dangerous for anyone to control?  To find out, watch the Film.  The End. 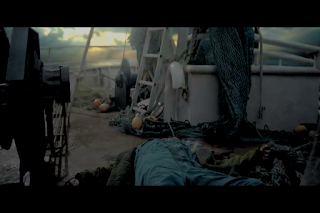 Dark, but good stuff.  The biggest thing the Film has going for it is its slow, building dread.  It really does make you feel like something bad is coming.  It truly is a slow burn.  That is the problem: it is a really slow burn.  I stuck with it (obviously), but I can see how some people may not.  The Tone is also quite bleak, which will hurt the Audience a bit too.  It is all done well though, so I'm good with it.  If you can stick with it, you get some good make-up work, some good Character Development and it all pays off pretty well.  They do leave some things a bit open, but I don't know if that is more about them wanting to make a Sequel or just being artistically-vague.  I recommend the Film if you like the more arty-kind of Horror.  Just remember that there are side effects besides just being a bit moody... 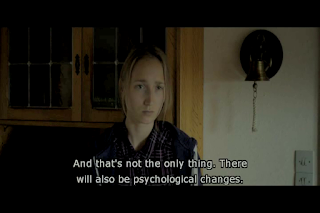 Nice, moody stuff.  It is a bit slow at times, but it is worth it all in the end.
Posted by Alec Pridgen at 1:22 PM