Are you happy yet, Maynard?  Today's Film is Annabelle, the corporate-mandated Prequel to The Conjuring.  Why does it exist?  To make money.  Am I jaded?  Maybe.  Is James Wan Directing this one?  No.  In his place, the Director of Mortal Kombat: Annihilation and The Butterfly Effect 2.  It clearly isn't a good idea to give him Sequels!  Are Prequels alright though?  Does it help if they are only tangentially-connected?  The Film tells the tale of how a Doll became a Doll inexplicably-channeling a Demon.  I hope you like some generic James Wan-style (that's a thing now, right?) Horror.  To find out if this Film is anything more than a cash grab, read on... 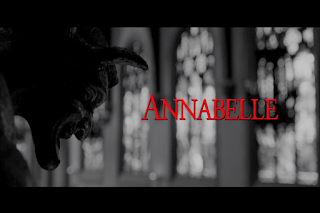 Well, here's something unrelated that nobody really requested instead! 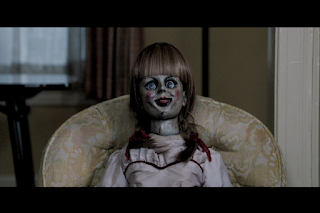 This loving Couple is nothing like those folks from Insidious.  After all, they only have one kid (on the way).

Of course, the Husband does work all day, the Wife wanders and Ghosts seem drawn to her (and her alone), but...different enough, I guess. 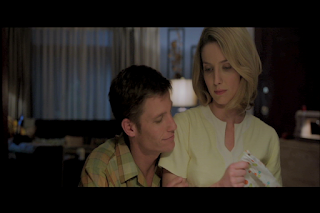 Foreshadowing the rise of 60's-set Crime Fiction (thanks, NBC!), 2 crazy not-Manson Family Members show up at their home.  The lady- Annabelle- apparently runs into a room, sets up a spirit-channeling mark, cuts her wrists and lays against the wall while holding the doll...

...all within about 45 seconds.  That's some kind of Satanic Record, right? 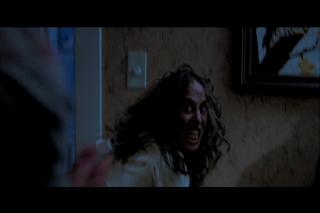 After the evil spirit starts a popcorn fire that leads to our Heroine giving birth, it then waits 6 months, lets them move, lets them toss out the Doll and then somehow puts it back in their Moving Box.

This Spirit is both precise and very patient (especially considering its end-game!). 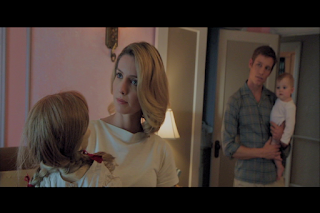 Annabelle manages to merge the Ultimately-Useless Spiritualist Character with the Magical Black Person Character in this not-Viola Davis Character. 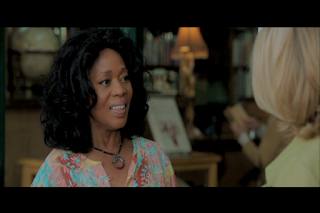 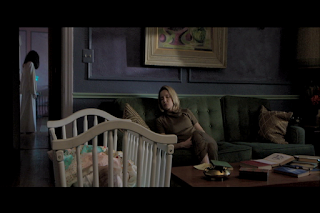 Will this super-convenient Book provide the answers necessary to save the day? 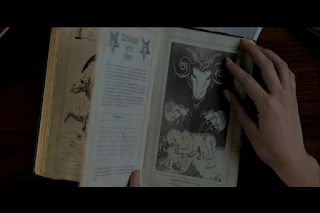 Or will evil win this time? 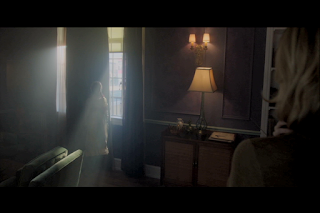 ...of course, we know that Annabelle ends up with some Nurses and then locked up in a basement of some Ghost Hunters, so...not so much suspense.  The End. 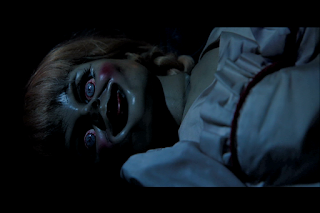 Dolly not-so-dearest.  This one is kind of like a James Wan, but with even less effort.  Hell, the stuff that Insidious did to be 'different' is just repeated here.  The people leaving the House, but that not getting rid of the Spirit- here.  The Husband believing the Wife- yep.  So what's unique here?  Pretty much nothing.  I thought they would keep the wife pregnant throughout the Film, but then they just skip ahead 6 months from the birth.  What was the point?  Well, besides ripping off that one Scene from Ghostbusters 2, I mean.  This is pretty much just Paint By Numbers Horror here- nothing more, nothing less.  The Special Effects are fine, even if the jump scares are right out of Insidious.  You couldn't at least give me the pimp-slapping lady Ghost from Insidious: Chapter 2?!?  Without SPOILing too much, I will say that I really question the logistics of the big Scene with the Priest.  How does a Spirit of evil hide there again?!?  On top of that, who or what is the 'person' going around and picking up the Doll?  Why does the creature need to possess someone if it can do so much without a body?  It is like Green Lantern needing to become Hal Jordan in order to be more powerful.  Aside from all that, this one is decent...but still pretty pointless.  Is The Conjuring better now that I've watched a different Film that set up nothing?  No.  Speaking of silly things, how can blood spray as dramatically as it does here without these people have explosive blood pressure? 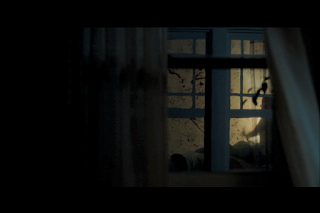 Next up, I cover the 2nd half of the Death Note Story (in Live Action).  Will the Anime prove to be superior or inferior?  Stay tuned...
Posted by Alec Pridgen at 11:49 PM

Email ThisBlogThis!Share to TwitterShare to FacebookShare to Pinterest
Labels: 2014