It is neat (but empty) piece of 1970's TV History.  Today's 'film' is The Norliss Tapes, a Backdoor Pilot for a TV Show that never surfaced.  This all goes back to Dan Curtis, a man whose Career in Television would parallel that of Rod Serling before him and Chris Carter after him.  He's most known for the low-rated, but well-regarded show Kolchak: The Night Stalker, although he actually only worked on the Original TV Movie.  He also made Dark Shadows, but (thankfully?) didn't live to see Tim Burton bastardize the show into a Film.  As the son of a huge Dark Shadows fan, it was a rough time.  Around the time that the Night Stalker film aired, he also made this.  The best guess people have is that Curtis was just trying to maximize his chances of a Show being picked up.  It kind of makes sense if you think about it.  If they are deciding between 10 pitches and Curtis has one, there is about a 10% chance of getting picked up.  If Curtis now has 2 shows, his odds, well, double.  That seemed to work out, although in the favor of Kolchak and not Norliss.  The Story is a neat one and has *some* parallels to the more famous tale.  A man named Norliss is working on a book about the Occult when he goes missing.  The answer lies in his titular Tapes.  To find out (some of) what happened to him, read on... 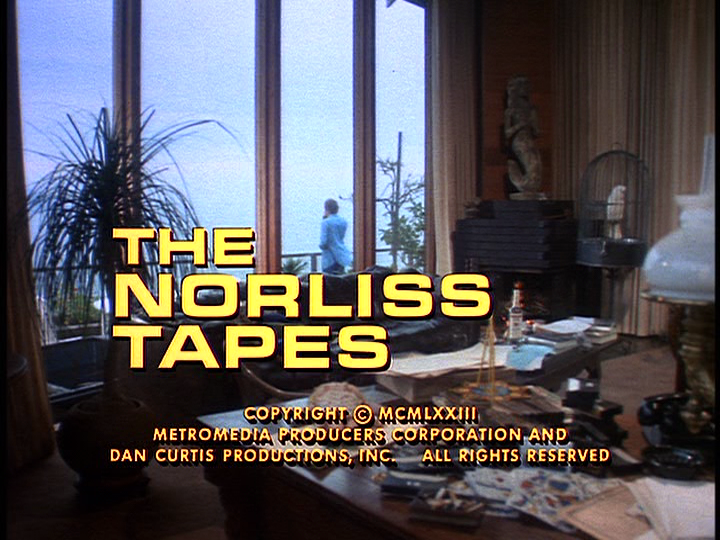 Mr. Norliss is a man writing a Book on the Occult.  He tells his Publisher that he needs to see him right away- it's urgent! 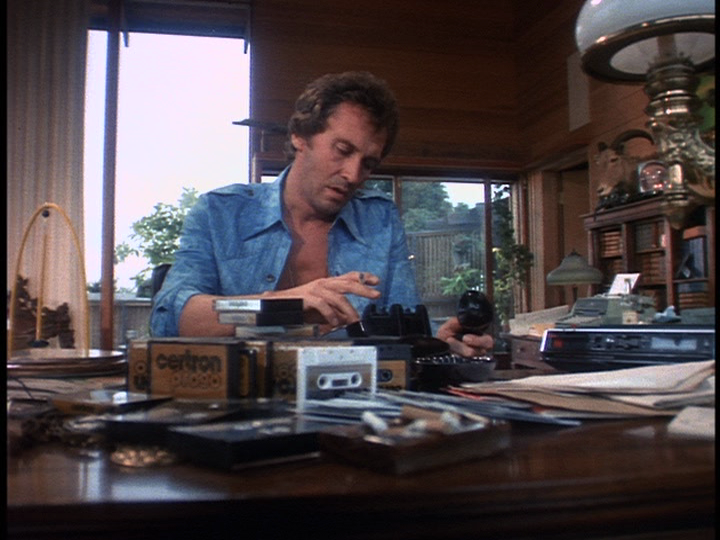 Before they can meet, however, he goes missing.  The only clue: his Tapes.

An Investigator decides to play Tape #1 to find some answers... 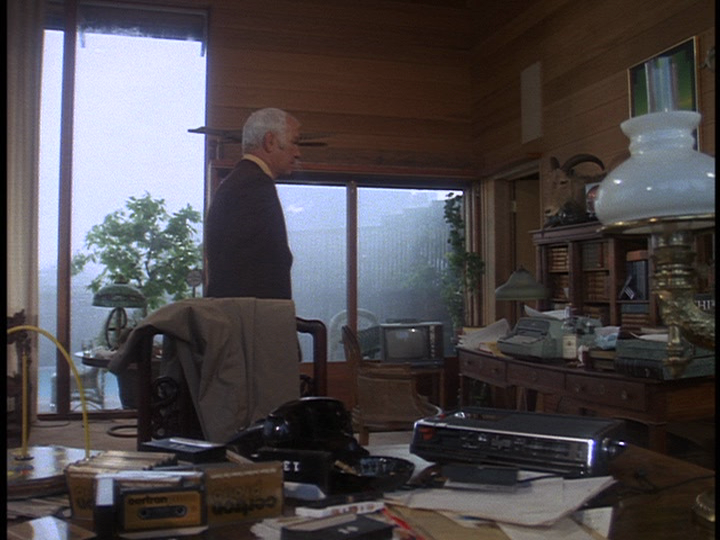 Norliss, as it turns out, is hired by a woman (Angie Dickinson) to investigate a break-in at her Studio by...her husband? Norliss checks every lead.  In the meantime, this Film/Pilot gives us a Poor Bastard of Cinema to cover later.

Some man/ghoul is killing people and draining their blood.  To what end? 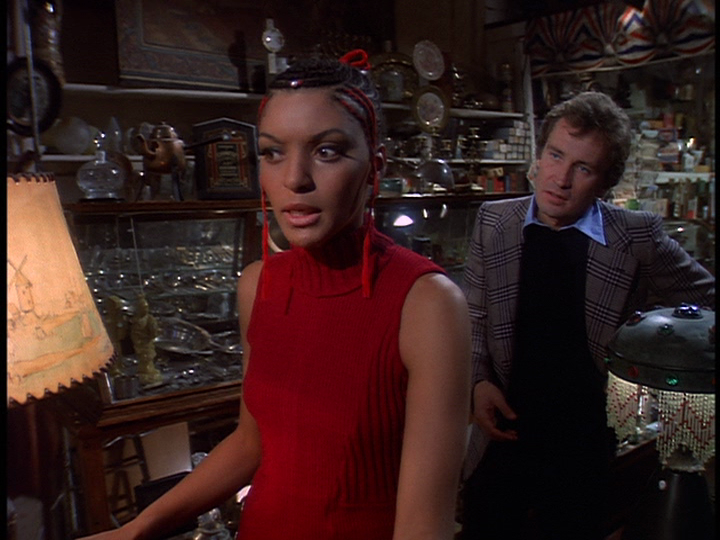 Angie and the above Mystic (who gave her husband the ring that made him a ghoul) go to the Crypt to take the ring and end the curse.

Yeah, this will end well...especially since they left at like 4:55 in the Afternoon! 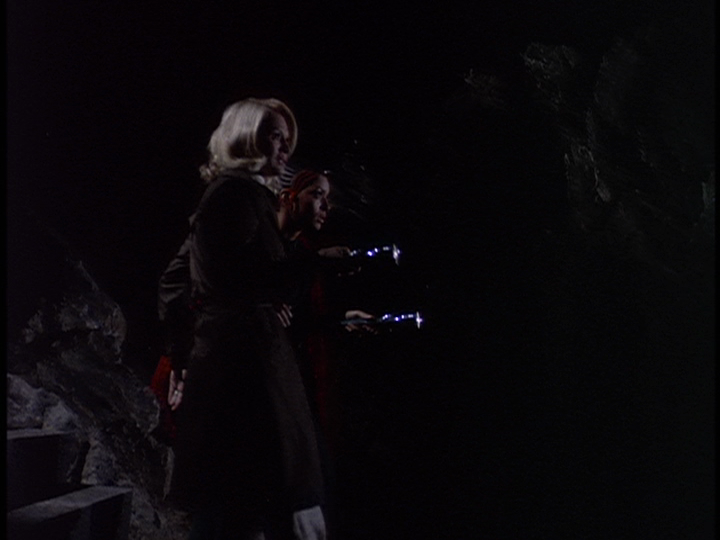 The Mystic is killed, but the ghoul lets his wife escape, shedding a tear.  A monster with a heart- yowza!

I do have to ask why Zombies were always blue around this time.  Who decided that? 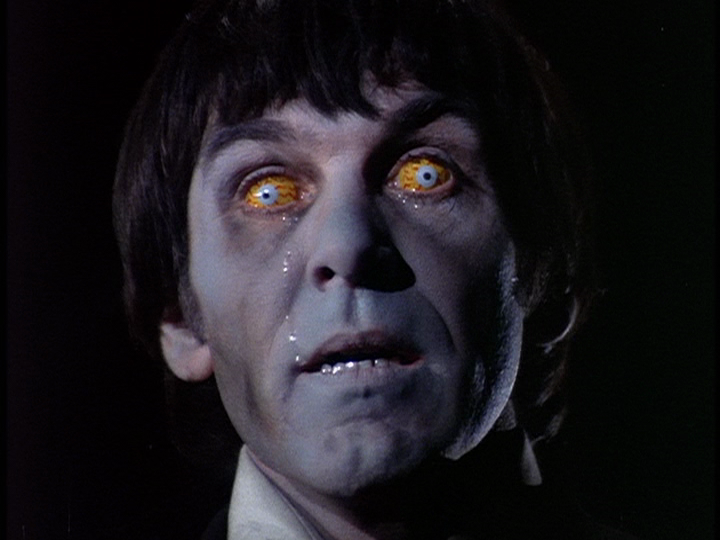 The ghoul has a goal (try saying that five times fast!): to bring this Demon to life via a Sculpture.  As for the blood, it was used to make the clay.  Ew. 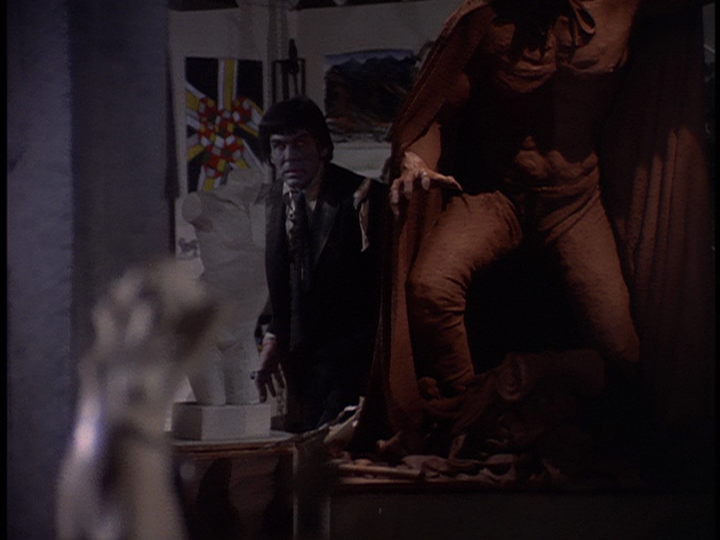 Rather than stop him from finishing, Norliss makes a magic circle to seal it in and a fire breaks out.

If you ever wanted to know what a 1970's TV Version of Marvel's Mephisto would have looked like, here you go. 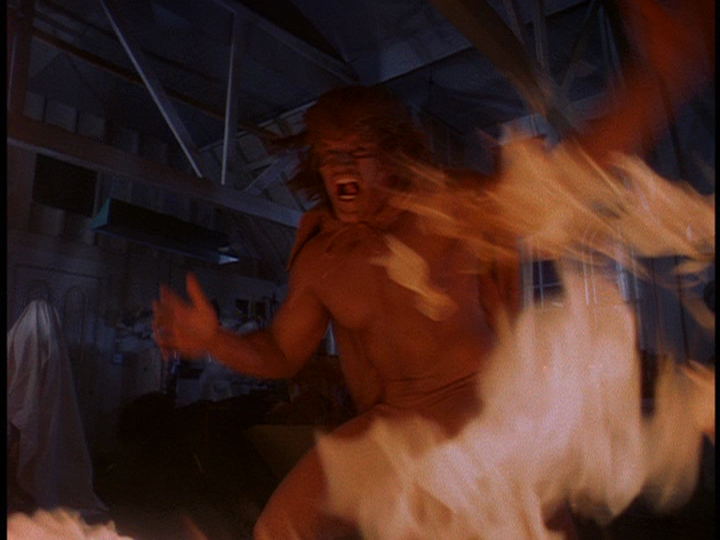 The fire kills (more, I guess) the ghoul, but it is unclear if the demon got out.  You want closure or something?

With the case over, the tape ends.  The Investigator moves on to Tape #2, which is where the 'film' stops cold.  See you in the...oh...crap.  The End. 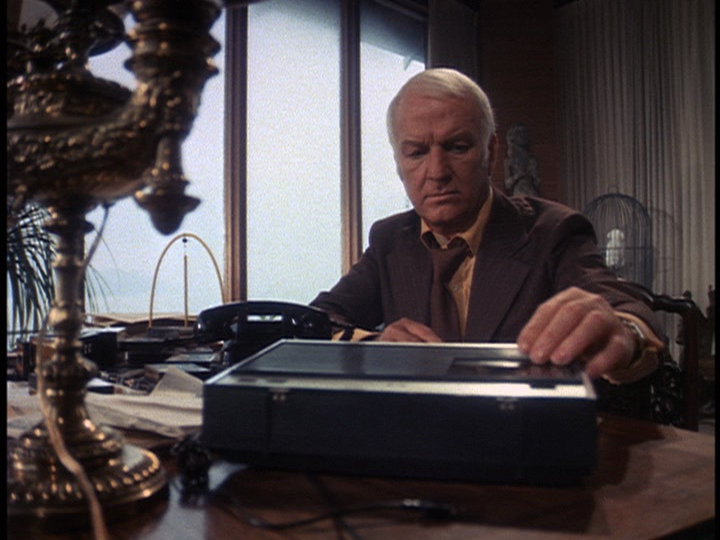 Well, crap!  Honestly, the whole thing is pretty good.  I almost wish that it had turned out to be bad, just so I wouldn't be sorry that nothing more came of this.  The worst part: I didn't know this information going in.  I figured that it was just some obscure, TV movie like Cardiac Arrest, Alien Abduction or recent fare like Mask of the Ninja.  No, this is a tale without closure- which even Bates Motel has a bit of- and something that makes you want to see more.  There are a number of Threads on its IMDB Forum of people saying the same thing, even some forty years later!  This is one of those rare times that I am upset that the movie is good.  Don't get me wrong- it's not perfect.  The pacing and use of random kills is a bit odd at times.  For modern fans, the conventions of the day may not be as interesting.  On purely its own merits though, The Norliss Tapes is a good glimpse at what could have been.  Hey CBS, you haven't made a somewhat-disappointing Remake of this Show that you can cancel after only a few Episodes yet.  I've seen the Ratings- you can't do worse (not counting Big Bang Theory)!  I'll leave you like this film left me- wanting... 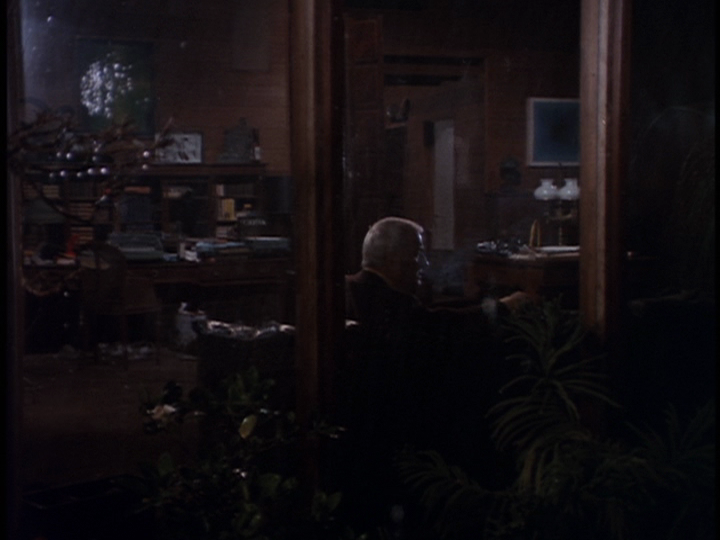 Next up, a Rare find from Italy.  It is trash, but you have to make it to the End to really see the beauty!  Stay tuned...
Posted by Alec Pridgen at 11:53 PM