In Justice League Dark, an information gathering attempt in a Hospital is interrupted by a new monster- a stinky one. 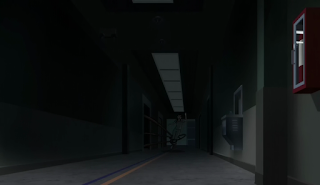 Yes, a bunch of living shit is summoned and starts to attack the Staff. 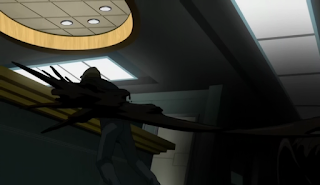 To make things worse, it is apparently super-heated.  Don't believe me?

See that guy above- he's a skeleton now! 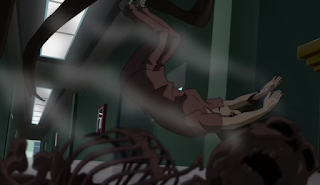 To be fair to our heroes, Deadman does try to save people.

However, he's inhabiting this guy when he finds a door locked (for some reason). Have fun being melted in shit, Random Guard #2. 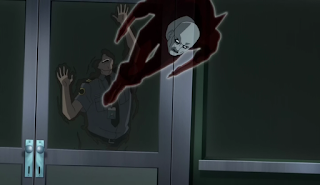 While Deadman did try to help, he still bailed on these random guys when the going gets tough.

The lesson: don't expect a Ghost to help you when shit is going down (or flying at you).
Posted by Alec Pridgen at 11:36 PM