Poor Bastards of Cinema: I Drink Your Blood (Part 2)

I Drink Your Blood is chock full of random death.  This is just another example of it.

One of the Sub-Plots is that a Dam is being built, requiring many workers in the mostly-empty Town.  Said Workers find the one Cultist and *most* of them hook up with her and get infected.

These 2 guys, however, get a different fate for trying to be helpful.

They decide to check the House for her... 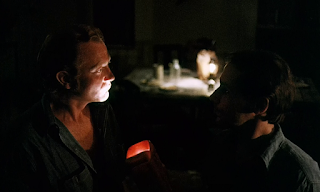 They go into the Attic and nothing bad is waiting for them there. 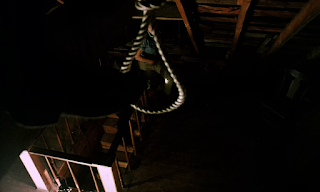 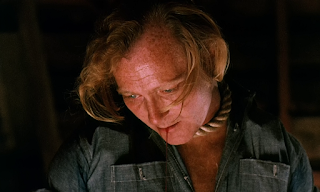 The Cult Leader was hiding and jumped down with the noose, pulling the guy up to his death. 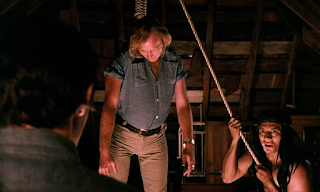 The other guy tries to fight back, but has no weapon and gets stabbed.  Naturally, he squeezes on the wound to make some of his guts come out. 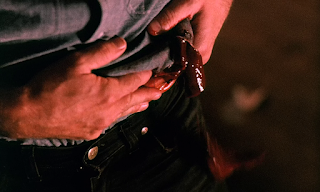 Yeah, that's about the right face for that. 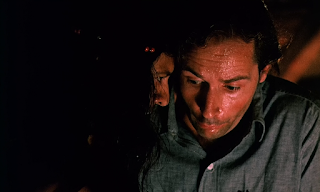 So yeah, these guys took a job and were killed for it.  Nice message.

Next time, more death from this Movie.  Why not go back for thirds?  See you then...
Posted by Alec Pridgen at 4:38 PM