An American Freddy Kreuger on Alcatraz with Sodoma's Ghost.  That's a confusing lead-in, no?  This is Slaughterhouse Rock, an '80s Horror Film with a great Title and few new ideas.  It does manage to remind me of many other Films that are better (and also a Fulci Film that isn't).  The Plot involves an evil spirit, a famous Prison, lots of killing, possession and a Soundtrack by Devo.  I'm certainly up for one of those!  The other notable Musical Performer here is Toni Basil, who I last saw playing a Prostitute who took LSD in Easy Rider (R.I.P. Peter Fonda).  I won't lie- this Plot is a bit of a crazy mess.  It comes to us from the Director of those two DTV Kickboxer Sequels recently.  Why couldn't I get the Greek Director who did The Lobster?!?  It's a weird, weird Film that I just have to break down for you... 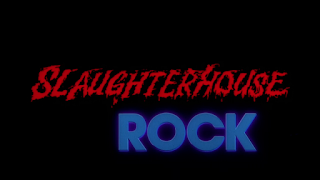 A young man has weird dreams involving some sort of killer and various situations like being burned alive. 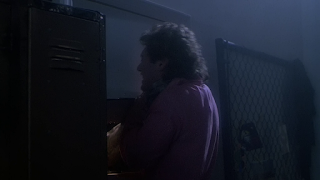 This coincides with the mysterious death of a Rock Band shooting a Video at Alcatraz.  We find out later that they accidentally released it.

Roddy Piper once trained there to battle Hogan, but the spirit was enough not to mess with him! 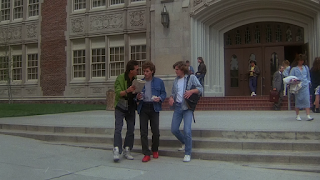 His nightmares get bad enough that a Teacher notices them.  She turns out to be into Mysticism and know the source of his bad dreams- an evil spirit in Alcatraz. 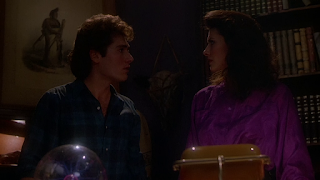 His friends are concerned, but just think that he might be crazy until this happens... 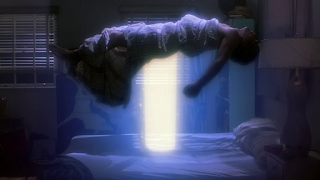 Off to Alcatraz!  Let's do at night when it's empty too, that will save on the Budget! 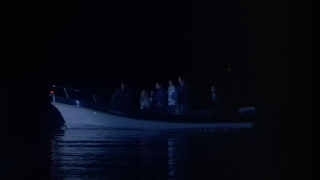 They go and, naturally, get separated.  The Spirit kills the older Brother and takes on its form.

So now our killer is just a guy with sharp teeth.  Aw, that's it? 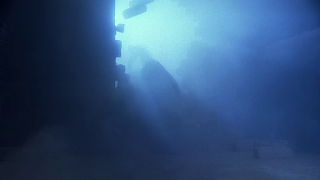 We get an exposition dump from the ghost of Toni Basil about it being a Confederate Fort or something and this guy being evil.  Do you believe and/or care? 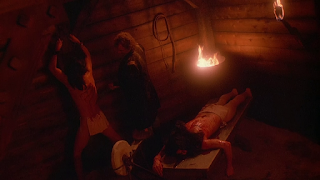 The American Werewolf thing comes in as the ghosts of his friends keep popping up to taunt/help him and show off their death wounds.

Weird, but not original. 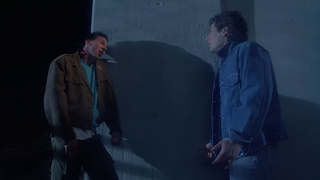 To make a long story short, the survivors burn down the underground church and the spirt is vanquished.

I'm summarizing, but it's not that neat and clear.  The End. 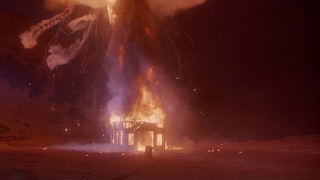 A weird and silly Film that tries to be creative...while also copying.  As noted, the Film apes many ideas from other Films.  The dreams- Nightmare on Elm Street.  Ghost friends- American Werewolf.  Plot involving evil Ghost/Spirit at a Fort- Sodoma's Ghost.  There's nothing too unique here on the surface.  Below that, we get a nice Setting, good Mood and overall good Production Values.  It has some really good Practical Effects- always a bonus.  It still suffers from all of the usual Slasher Tropes like Plot Armor and the like.  It's a bit too experimental at the end as the action is split between our Hero going through a dream, while the two survivors fight the evil brother-looking-creature.  They are supposed to be connected, but it is not that well-explained.  Slaughterhouse Rock is perhaps an overlooked Horror Film.  It's not original, but it can be fun.  Now let me go check out the latest George R.R. Martin Book... 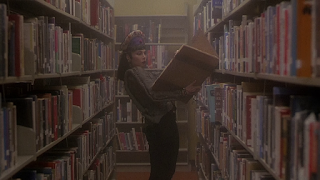