Romancing the Pebble?  Today's Film is Jake Speed, a 1986 Film that may feel familiar.  The Plot involves a young woman teaming up with a macho (but brusque) man to save her Sister in a foreign land.  It's like Deja Vu all over again!  This is a tad familiar- yes.  The twist in this- it may also have inspired a different Film entirely.  Oh and the Lead is a seemingly-fictional Character who is also real.  So it's Romancing the Baron Munchausen?  There's no magic or sci-fi involved though.  He is a Character in a bunch of Books...but also real.  It's silly, but go with it.  It would be like if Dirk Pitt or Nathan Drake were real people that did the things in their Books/Games...and just also had Adaptations made of them.  This is the kind of Film that has a Character ask 'If you're so good, why aren't you in Movies?'  In Stone, the Woman is the Writer, while in this one it is the guy (kind of).  That's...different?  To note, this one came out after that Film AND the Sequel, so I guess they were trying to fill a void.  The people behind this- its Director and Star/Producer/Co-Writer were attached to a number of notable Films like Valley Girl and Night of the Creeps.  Is this a lost Cult Classic or something that should stay in the bargain bin?  Let's find out... 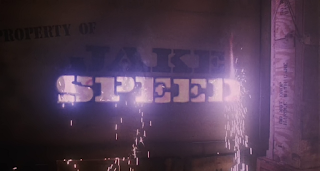 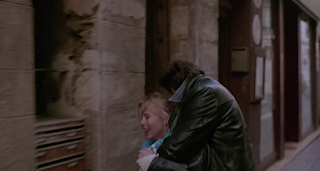 The Family tries to figure out how to rescue her, but nothing is working.  Grandpa suggest that Jake Speed do it, but nobody believes that he's real. 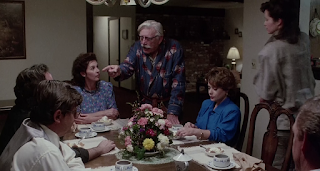 Desperate, our Heroine is convinced to contact him.  They meet a sleazy Bar and things don't go right on the first try. 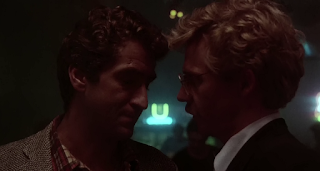 She ends up traveling to Africa with him and his companion/co-writer to find her.  It's not South America, so you can't sue! 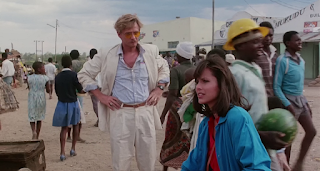 More conflict- both between them and the bad guys there.

Oh and Jack Speed blows a hole in a brick wall with a shotgun...somehow. 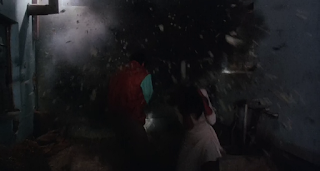 The mission doesn't seem to be going well, leading to the 'Conflict Before the Third Act' trope.  Thanks, Syd Field! 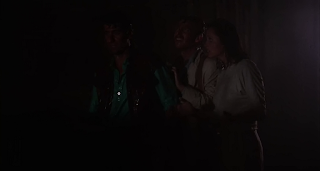 She leaves them, hoping to find her sister on her own.  She runs into some 'nice men,' who are, of course, the bad guys.

The group gets captured after learning that the villain- John Hurt- is selling young woman to cliché evil Arabs. 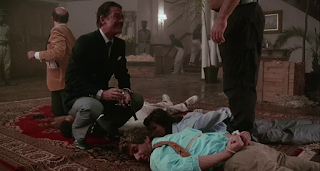 They manage to break out and track him to an Airport.  Hurt's escape attempt does not go as planned. 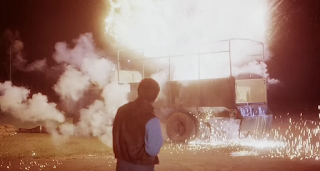 Our Heroine and her Sister get back stateside and she finds the new Book about their adventure.  He leaves a note for her, thus keeping his promise.

I guess this is Sequel Bait, but...doesn't matter now, right?  The End. 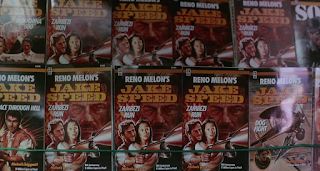 A fun, but forgettable Film.  The core premise- Jake Speed is a serialized Adventure Novel Character who does everything in the Books- is silly.  The Plot of the Film- John Hurt kidnaps young women as part of his Arms Deals with Cliché Arabs- is silly.  The Film is kind of a mess.  The tone changes wildly from Scene to Scene.  Is it supposed to be serious as they face near death situations?  Is it supposed to be funny as they quip with each other?  Is it supposed to be dramatic as they get into gun fights?  Yes, apparently, to all 3.  Pick a Genre, Film!  The Film's Plot doesn't really have many surprises.  I feel like it should, but it doesn't.  It's a perfectly-serviceable Film.  To be fair, you may get more into the banter and Characters than I did.  It's fun.  That said, I don't know if I'll remember much of it in, say, a Month.  One thing I will remember- the fact that these guys are *probably* not actually Arab... 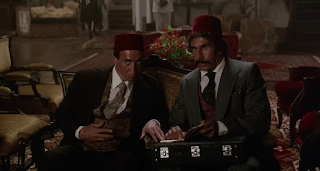 Next time, I go back to the '70s for a forgotten take on a Classic.  Considering all of the good versions out there, can it match up?  Stay tuned...
Posted by Alec Pridgen at 10:54 PM