My Crazy Youth: The Cryptkeeper Teaches Kids to Respect...Ants?!?

With a scary Film full of scary Stories marketed towards Teens coming out, I thought it would be fitting to do the same.

In typical Mondo Bizarro fashion, however, mine is a bit different.

Mine comes from a Show I *sort-of* remember.  It was a weird attempt to make a version of a Horror Show for Kids.  It's... 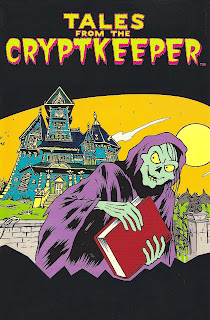 A Cartoon version of Tales from the Crypt?  Why not?!? 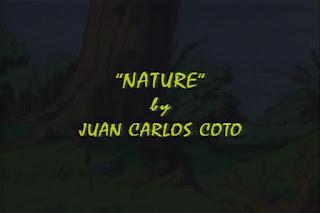 A pair of Brothers mess around with Ants at a Picnic and then are shrunk down to Ant-size by...um, God?

Seriously, it's just a random cloud and magic bolt of energy through a magnifying glass! 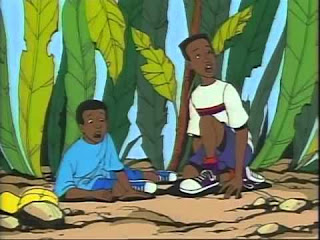 They quickly learn that actions have consequences as they run afoul of the same Ants who they victimized moments ago. 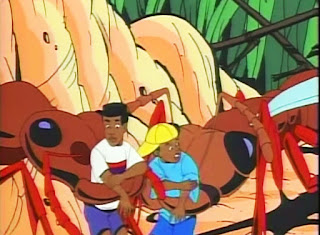 The pair are shown how the Ant World works and they realize how interesting it is.  Were they dicks? 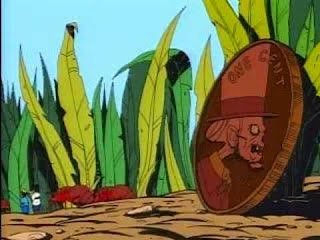 In the End, they learn that the Ants shouldn't be picked on.  They get returned back to normal size via the same Deus Ex Machina.

How is this a Tales from the Crypt Tale again? 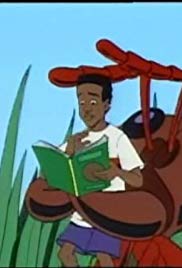 A simple moral for a weird cartoon.  Hey kids, don't be an asshole to Ants!  Unless, of course, they are in your kitchen and then it is instant death!!!  Seriously though, how is this a Tales from the Crypt Story exactly?  At best, it's a Twilight Zone tale.  I like the idea and all.  There's just something strange about this whole thing.  A Horror Show gets neutered as a Cartoon if you're making it for the Saturday Morning crowd.  If there was an HBO Cartoon and they 'went for it,' then I'd be all in.  As it is, this is more Tales of the Unexpected than from the Crypt.  I get the idea of trying to expand your market, but this feels like a step in the wrong direction.  Case in point: the other Episode I watched.  In it, two kids break into a creepy Mansion to steal stuff and buy a bike.  They are chased by Monsters- including a Werewolf, Vampire and an Adam/Frankenstein's Monster.  Ultimately, they just escape with zero damage.  That...sure made sense.  I might do more of these if something especially goofy happens, but its otherwise an inferior version.  They lost the actual scares, but kept all of the puns.  Yea?  Seriously, who looked at THIS and thought 'Cartoon for kids- of course!' 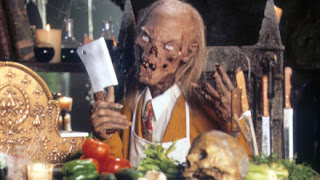 A weird product from a weird time.  In hindsight, is this any weirder than Mortal Kombat's Cartoon Show though?
Posted by Alec Pridgen at 1:31 PM