My Crazy Youth: The Time That Joaquin Phoenix Was on 'Superboy!'

Yeah, I'm sure that I'm not the only one to make this connection.

With the release of the final Joker Trailer, people like me want to talk about Joaquin Phoenix's FIRST DC Appearance.  That actually came on a TV Episode back in 1989.  It was... 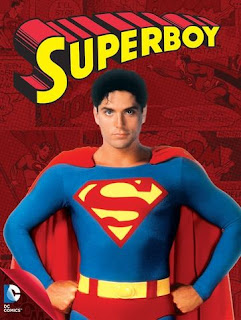 In 'Little Hercules,' Joaquin (as Leaf) plays a boy genius in High School.  He has the hots for a girl that's too old for him (since he was promoted several Grades higher due to his IQ). 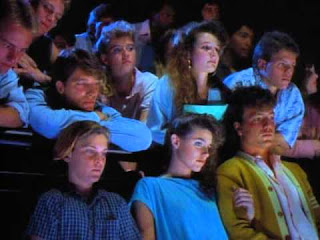 In the Cold Open, he's tossed into a Dumpster by bullies (who call him Wonder Boy), but reemerges as.... 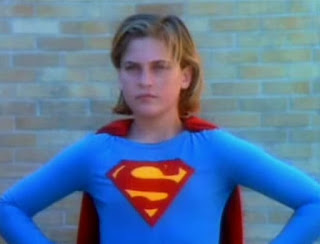 Before you can laugh at the silliness, he straight up MURDERS one of the bullies with his Heat Vision!!!

Strangely, he just knocks the 2nd one down with Super Breath and lets the third one go. 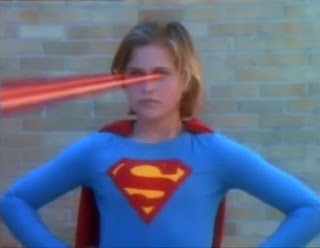 Oh and that was all a Dream Sequence.  Psych!

The actual Plot involves Joaquin/Billy accidentally activating some Nuclear Warheads when he hacks a Computer to make a love message for the girl.

After Superboy Phoenix here, what's the point in going on though?  You've gotten what you need. 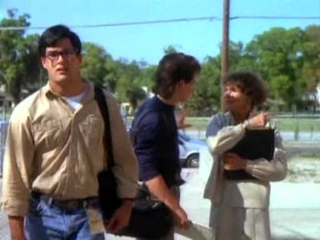 Goofy, self-serious fun.  The Plot here- involving a super-smart kid nearly nuking the West Coast- is taken 100% seriously.  They try to have some sort of tension as Superboy has to cut through a steel door in time.  He could have just punched his way through the side of the wall, of course, but, you know, tension.  Likewise, Joaquin tries to save the day using his super brain.  This would be a great time to have his redemption be that he could save the day.  Yeah, Superboy gets through the door in time.  Hey, it is his Show!  I like how they kind of gloss over how much the kid nearly did, albeit by accident.  One guy literally tells him that he's 'not mad.'  Oh, can I be?!?  I know- he's just saying that to be nice, but...still...jeez!  In addition, we don't see what punishment he gets.  Wait- is this a Prequel to Swordfish?!?  He also seems to get the girl, which is nice and all.  That's your lesson, kids- do a big, grand gesture that nearly kills millions!  The Episode is silly in all of the right ways, dated in all of the right ways and pretty fun.  Nothing is as funny as the Dream Sequence though.  That said, I'm glad it was just a dream, as I know what the real version looks like!

The Episode is nice and cheesy, but definitely peaks way too early.  Seeing how intense Joaquin is at age 15 is definitely worth it.
Posted by Alec Pridgen at 11:31 AM