This one comes with a bit of SPOILERS all around, so be warned.

So in the animated version of Hush, we meet Bruce's old, never-before-seen friend Tommy.  He's a Doctor. 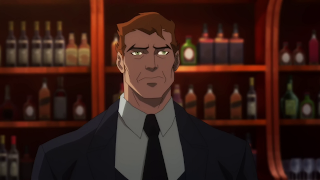 He helps Bruce heal from a head injury and the pair meet again later at an Opera attacked by Harley Quinn... 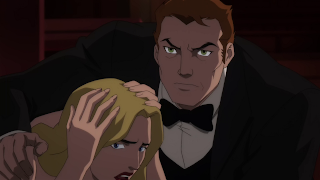 At this point, he is killed off-camera and his death pinned on The Joker.

So in the Comic, this is all part of Tommy/Hush's plan to get revenge on Bruce.  Faking his death (via Clayface) serves to clear his name as a suspect.

In the Film, they remove that twist and change who Hush is.

As such, Tommy is, well, just a dead guy, who's body is stolen (in lieu of Jason Todd's in the Comic) and is later propped up by Hush to mess with Batman. 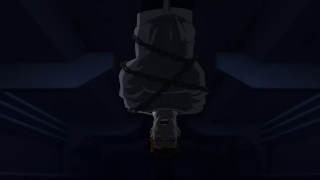 Basically, they created a Poor Bastard of Cinema by changing the Story so drastically.  Critics and Viewers are fairly-split on the result.

The lesson here: don't be a good person that helps the sick.  Be a Banker or something, you hippie!

Next time, random people and no notable SPOILERS.  Back to the usual fare.  See you then...
Posted by Alec Pridgen at 12:00 PM