At last, the final Episode is here.  This is going to hurt... 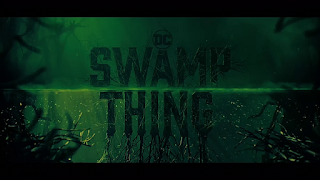 Still reeling from recent revelations, Swamp Thing/Alec struggles to figure out what he should do next.

Should he stay or should he go now? 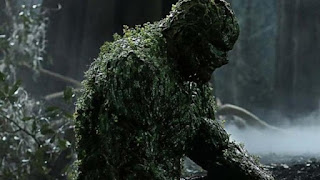 Dr. Woodrue takes some pretty drastic steps to heal his wife.  Will it backfire on him (and everyone)? 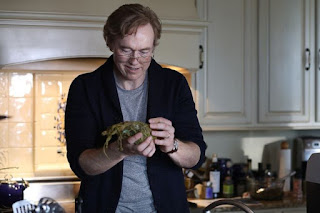 People come back to get revenge on Swamp Thing for the killing they *think* he did last Episode.

When you call in Jake Busey, you've called in the big guns! 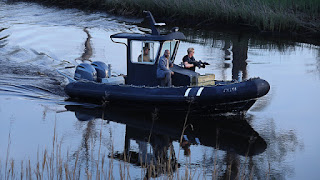 Is Swamp Thing too far gone?  Will he regain his humanity or become the monster people think he is?

Also like four more Sub-Plots have to get wrapped up.  This works better at 13 Episodes, no?  The End. 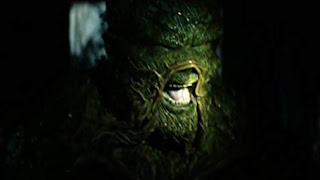 A good ending, even if it is very bittersweet.  First off, let's give credit to the Creators for making this feel like a real ending.  They got 3 Episodes chopped and still managed to make this work.  Other Shows have had to deal with this kind of problem and did worse with it.  For one, Golden Years just kind of stops cold- they only lost one Episode.  All of the stuff that worked well in the Show- the Acting, the Production Values, the Setting and the Ambiance- is all here.  They also manage to balance out all of the dangling Sub-Plots too.  I obviously won't SPOIL how they do it, but so much is ended in a proper fashion.  I was happy to see one last bit of action with Swamp Thing.  Weird trend- I get to see a third jaw destroyed in 3 Films/Shows (Brightburn, Hellboy and this).  Why do people hate jaws so much?!?  It's a shame to see the Show end, no matter how good it was.  Here's hoping that we get more of this somehow.  For instance, they set-up The Floronic Man and now we won't get to see him sell Pot made out of himself in Gotham... 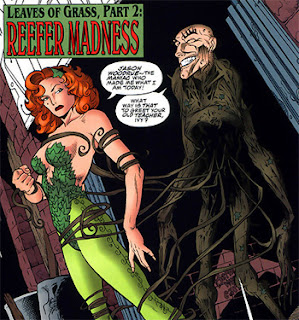 A good Show that earned a second Season based on quality.  Why it also got less Episodes than Titans AND Doom Patrol is also anyone's guess.

Make the Movie already!
Posted by Alec Pridgen at 2:38 PM