One so obvious that it apparently slipped my mind.

In Cyber Tracker 2, a bad guy makes a Robot Double of Don 'The Dragon' Wilson.  It shoots up a Police Station like some other Film. 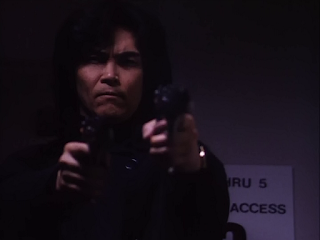 To lean into almost more, they have two people hiding around a corner.  That's a clear reference to this bit from...The Running Man? 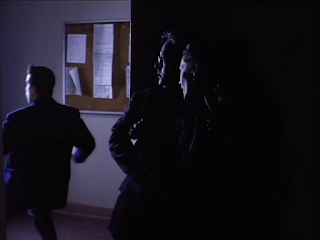 He shoots lots of Cops using that silly T-Rex pose to shoot.  I guess you don't have to worry about the kick if you're a Robot. 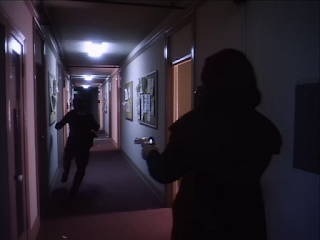 SOOO many dead Cops.  Even if they save the day, they'll need to do a Police Academy 4-style recruitment.

Is this from Police Academy 6: Mission to Moscow?  If so, that Film is darker than I remembered! 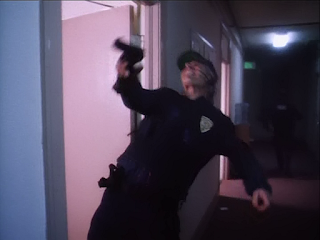 One last victim, but at least he left us with a silly face of death. 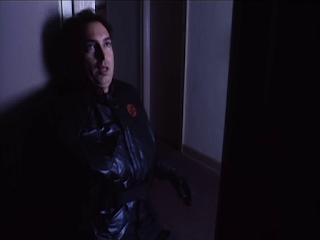 The moral: if you see Don 'The Dragon' Wilson, shoot first and ask questions later.

Next time, it is never safe to be a Janitor.  If the clogged toilets don't get you, bad guys will!  See you then...
Posted by Alec Pridgen at 11:04 AM