When in doubt, lie.

So what happens when you have a Movie that has a vaguely-similar premise to a very successful Film?

Or do you just lie and act like it's nearly the same thing? 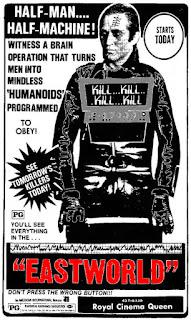 This is, as noted in the Title above, actually Horror Hospital.  It does feature mind-control and robotics (kind of).

Here's the original someone graciously posted on Social Media in my Feed... 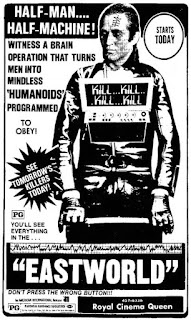 As you can see, I added all of the color.  The fact that this random Poster was preserved- priceless.
Posted by Alec Pridgen at 11:24 AM