This time, it is the best Films that I watched this Year that didn't come out in 2017.  If I didn't see something you like, well, tough.

Honorable mentions: The Creature Below, Brainstorm and The Birth of a Nation. 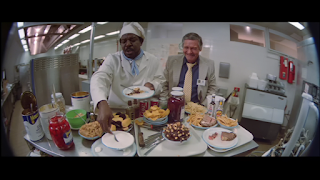 10. Nothing Left to Fear: A dark, random Film that was surprisingly-good. It sure came out of nowhere! A solid, reliable DTV Horror Film with some good visuals and finale to boot.

9. The Love Witch: A fun and stylish romp.  The Film does quite well when it tries to match the 1960's/70's aesthetic.  The only downside is that it is a bit too long for my taste.  If it were simpler and 90 minutes, it would be closer to the Top 5. 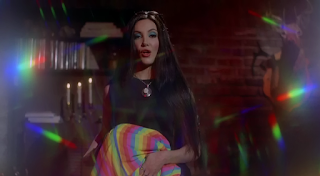 8. Of Unknown Origin: A tense Thriller about a man chasing a rat in his house.  It's better than it sounds, thanks in no small part to Peter Weller.

7. Under the Shadow: A Period Piece Horror Film that is also set in a unique Country *and* partially-deconstructs the whole Genre. It's an 80s Horror Film set in Iran. What's not to love?

6. Alphaville: A French Classic.  Do you need ME to explain why this is a Classic? 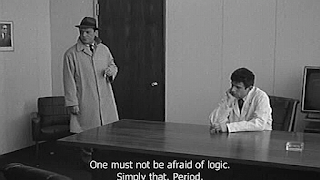 5. Better Watch Out: A fun, simple deconstruction of Slasher Film Clichés.  Without SPOILing too much, the Film puts you in the place of following a bad person on their one-night-journey into infamy.  Do you want them to succeed?  Do you want to see them brought to justice?

4. Beware the Slenderman/Batman and Bill: These two Documentaries cover very different subjects- a killing made in the name of a fictional monster and the life of an underappreciated man-, but both affected me in a good way. Unfortunately, only one of them has a good ending (of sorts) so far in real life.

3. Toni Erdmann: Is this one good enough to lure Jack Nicholson out of retirement?  This Best Foreign Film Nominee is quite good and talks of a Remake are in place.  They sure can't keep all the Nudity in, right?  Good stuff. 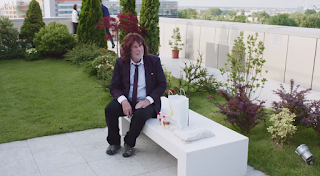 2. Train to Busan: Korea breathes a little bit of new life into something routine. While the Film breaks no major ground, it was made so well that it deserves all the praise it gets. It's just not a fun romp.

1. The Void: Dark and freaky. This one is good enough to not fall solely into cliché. As a bonus, Dale Cooper's nemesis from Twin Peaks returns to mess with a new Generation. This one is a must-see for Horror fans.

Those are my picks.  I had to really look back and make sure that I didn't miss any.
Posted by Alec Pridgen at 8:00 AM